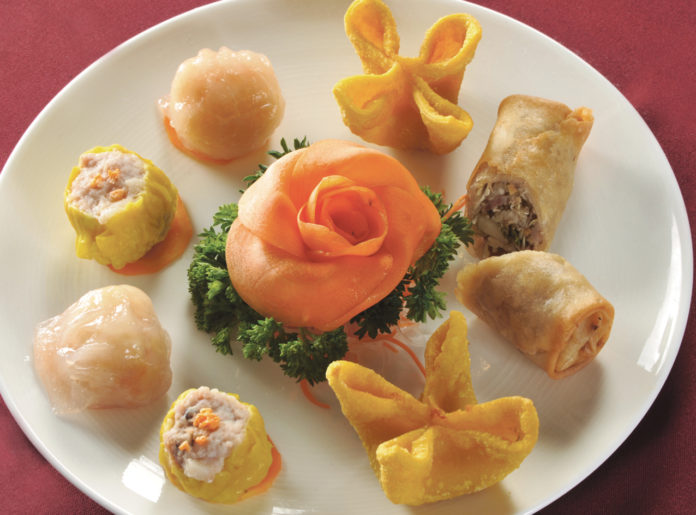 “My wife almost divorced me when she heard I was going to open an authentic Chinese restaurant in Bogotá,” remarks Kenny Tsui jokingly, as we spin a Lazy Susan, decked with small plates of scallions and shrimp-filled dim sum.

Seated in one of the private dining rooms of a two story house-turned-fine dining establishment, Kenny recalls the “craziness” of setting up a restaurant in an Andean city where the few references to Chinese cuisine were fast food outlets with ubiquitous sounding names. “I remember the reaction of my friends when they realized the food they were eating was prepared by a Boyacence,” remarks Kenny, who was born in Barranquilla and professes to “love all Colombian food.”

The son of Chinese immigrants that ran a business in the Caribbean port city – hence his thick costeño accent – Kenny grew up in Hong Kong from the age of 16 before moving stateside years later where he started an import-export company. Returning regularly to Colombia for business, Kenny finally established himself in the capital with his own family back in the 90’s, when the country was facing difficult times.

But, even though, as Kenny states, “Colombia runs through my veins,” the entrepreneur did miss his other country’s cuisine, and a restaurant that didn’t have the words Imperial or Chop Suey in its name. In 2012, Cooking Taichi opened its doors, combining a catchy Western word with Eastern philosophy.

As a black belt in the martial arts of Wing Chun (his childhood teacher in Hong Kong, the grandmaster of Bruce Lee), Kenny is also the Chinese community’s most visible representative, having been appointed President of the Colombian-Chinese Association sixteen years ago.

“Everybody comes for me for help. And I cannot refuse. Chinese people don’t understand a word of Spanish, and they are often prey of scammers and hustlers,” he explains. “Recently, I helped a group of Chinese with food and board while they waited to be deported back to China.”

“I just can’t refuse, I try to help everybody. There was a woman who had been living here for 18 years, and Colombian authorities had been renewing her Resident Visa every year, and the last time, they didn’t want to renew it without having grounds,” he explains.

As the Chinese community continues to grow in Bogotá, so too his mainland clientele that can order from a Mandarin-only menu, while local guests rely on the English-Spanish one. The difference between one and the other is not much, except for the degrees of spicy with which the food is prepared.

With Chinese New Year still being celebrated around the world, our Lazy Susan begins to turn. First up, spring rolls with sweet-and-sour sauce and fried dumplings. With these openers, Kenny’s six well-trained chefs begin to excite our senses, transporting us to Hong Kong through the ancient art of Chinese cooking.

Kenny is quick to point out that every item of furniture that adorns the restaurant, such as the stone inlaid wood cabinets, lacquered room shutters, and hanging lanterns originated in China. So too, the most important asset a Chinese restaurateur can have, chefs from different regions of a country where techniques and ingredients vary greatly.

Another dish that turns up at the center of our table are the prawns in garlic and chopped red peppers. They are outstanding with the right balance of spice versus flavor. All dishes are meant to be shared at Cooking Taichi, as is customary at a Chinese table.

Canton’s culinary landmarks include pork or prawn filled dim sum and steamed vegetables. Sichuan gives diners the spice, peppers, and stir-fry. But, don’t expect American-Chinese staples such as General Tso’s chicken at this establishment. Instead, as Kenny proudly states, the menu is as authentic as authentic comes, offering dishes from all the regions of China.

After a round of deep-fried crab won ton, we turn to the star of the meal – the signature Pekin roast duck, sliced in our presence by one of the chefs, and served-up with baskets of thin pancakes, Hoisin sauce, and julienne onions and cucumber. The duck, imported from Canada, must be ordered in advance as it takes up to five hours to roast, and as a ceremonial dish, it is to be shared with at least four dining companions. While the skin is served in thin pancakes, the remaining meat is later presented in bite size pieces with fried rice. The price for this succulent feast is $299,000 pesos.

Cooking Taichi is Kenny’s passion, and way to showcase the best of two countries. From the attentive Colombian service staff to the relaxed atmosphere in the main dining room, this restaurant feels like a home away from home.

If one has ever had the fortune to walk the streets of Wan Chai, Hong Kong’s bustling historic district, and sample the local food, then Cooking Taichi retains that old world charm, while doing its part as an honest ambassador of China’s culinary arts.