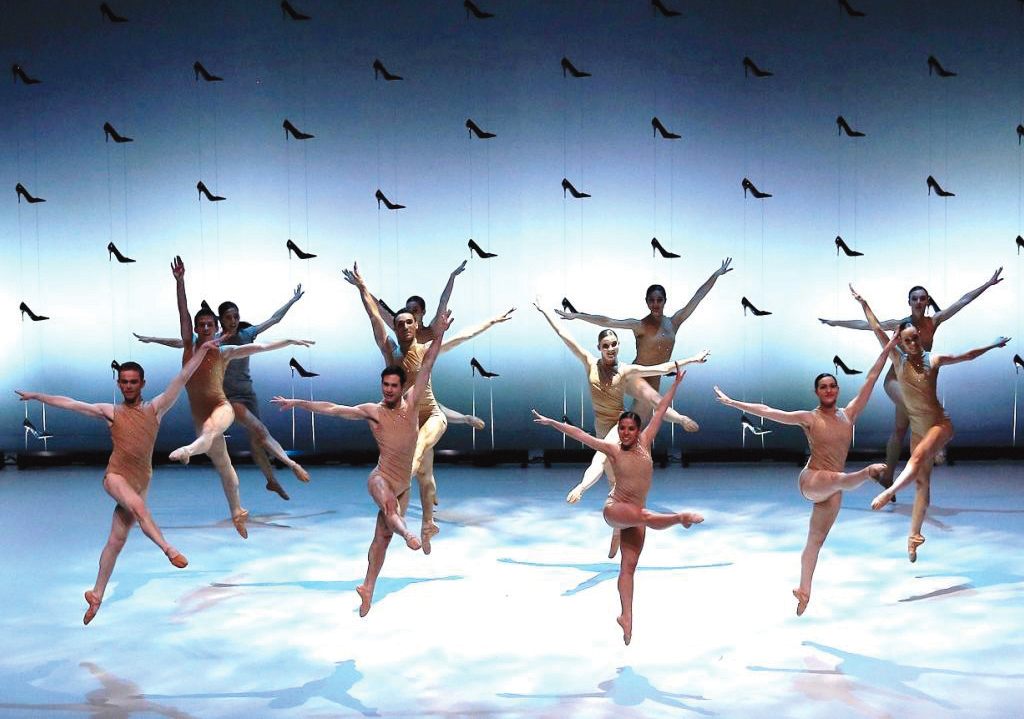 The Teatro Mayor Julio Mario Santo Domingo released its cultural agenda for 2017 and an impressive repertoire of international music ensembles, performers, circus acts, theatrical companies, and of course, invited soloists have been invited. With 76 national and international artists coming to our capital, and during a year in which we celebrate the important cultural ties between France and Colombia, the adopted slogan for the next eleven months at this important cultural center is: “Francia al Mayor.”

Known for great acoustics and a modern concert hall, the Teatro Mayor can stage large productions and this year, one of the highlights is La Belle et la Bete (Beauty and the Beast) by the classical ballet company Malandain Ballet Biarritz. This ethereal and seductive 70-minute performance will be accompanied by a romantic score drawn from Tchaikovsky’s symphonies. And slightly closer to home, the musical sensation from the French Antilles, Les Vikings de la Guadeloupe, have also been invited as part of the Colombia-France program that officially launches January 26 with the dance troupe Compagnie XY. During four nights, dancers defy gravity in Todavía no es medianoche; then, on February 10 and 11 the Cadíz-born flamenco dancer Eduardo Guerrero takes the stage.

The first week of March resounds with some traditional music from the Llanero singer-songwriter Orlando ‘El Cholo Valderrama’ followed on the 16th with the launch of the tiple-strumming, rauna-clad Rolling Ruanas. Then, the official launch of the 50th edition of the vallenato festival Festival de la Leyenda Vallenata.

When Holy Week arrives, the Teatro Mayor will host the Bogotá International Festival of Classical Music (April 12-15) with a thematic repertoire of “Romantic Russia.” This festival of fifty-four con- certs in seventeen different scenarios will showcase the works of Russian composers interpreted by world-renowned soloists and ensembles, such as Ukranian-born pianist Mikhail Voskresensky, the Staatskapelle Halle and Moscow string quartet, Oistrakh. Musicians from Macedonia, Lithuania, Spain, United States, Canada, and South Africa will also perform in the “Romantic Russia” series.

The main music season brings to Bogotá the following orchestras: Amsterdam Sinfonietta; Simón Bolívar Symphony Orchestra of Venezuela (under the direction of Gustavo Dudamel), the National Symphony Orchestra of Mexico with conductor Enrique Bátiz, Kronos Quartet; Emerson Quartet among others.

Glück’s Orphée et Eurydice and Verdi’s Falstaff are the two headlining operas this year at the Teatro Mayor. In the dance category, book your seats for a first-time visit by the Universal Ballet of Korea and the Toronto Dance Theater.

The Teatro Mayor’s cultural agenda is bountiful and as one of the chosen venues to host Colombia – Francia 2017, audiences get a rare opportunity to enjoy world-class performances that span every musical and artistic genre. For a complete agenda visit the theatre’s website: www.teatromayor.org

If you can’t wait for Semana Santa to roll out the red carpet on classical, then you might still be able to make the 11th edition of the Cartagena Classical Music Festival, starting January 6. For 8-days this historic city is transformed into a musical playground of sound.

The theme of this year’s festival is Impressionist France – or music best enjoyed when admiring a Cézanne or Monet. With “Symbol and Sound” the festival organizers, Fundación Salvi will showcase the works of 19th century com- posers Ravel, Satie, Debussy, Camille Saint-Saëns who defined the spirit of an age, the France of exploration, post-revolution “fraternité” and idyllic pastoral existence. From dawn to dusk, the festival will host 31 concerts, seven of which are free to the general public. On January 16th the festival moves to Barranquilla for a closing concert beneath the stars in the Sagrado Corazón park.

And adding some folklore to an extensive repertoire, the traditional ensemble of carranga with Jorge Velosa and his troubadors Carrangueros de Ráquira have been invited to perform.

Cartagena is a city to be enjoyed to its fullest, and one that throughout the year hosts world-class events. If you are one of the fortunate festival attendees, you will hear amazing music within a historical context of ramparts, squares and sunlit courtyards. For complete information on this festival, visit their official website: www.cartagenamusicfestival.com

Cartagena in January is highbrow culture, but Bogotá also hosts its share of cultural activities, including a must-see exhibition by Catalán photographer Joan Fontcuberta at the Museum of Art of the Banco de la República (Calle 11 No.4-41).

The iconic Colón Theatre launches its 2017 program, January 26, also celebrating Colombia-France year with a concert by the young French pianist François Dumont, winner of the Chopin piano award, and accompanied by the National Symphony of Colombia.

2017 will be remembered as a year of exceptional culture in Colombia and even though we have tried to resume some of the highlights ahead – and next eleven months guaranteed – follow our cultural agenda online at www.thecitypaperbogota.com for regular updates and stories during a year in which we’ll all be celebrating with petit fours, champagne and camembert.