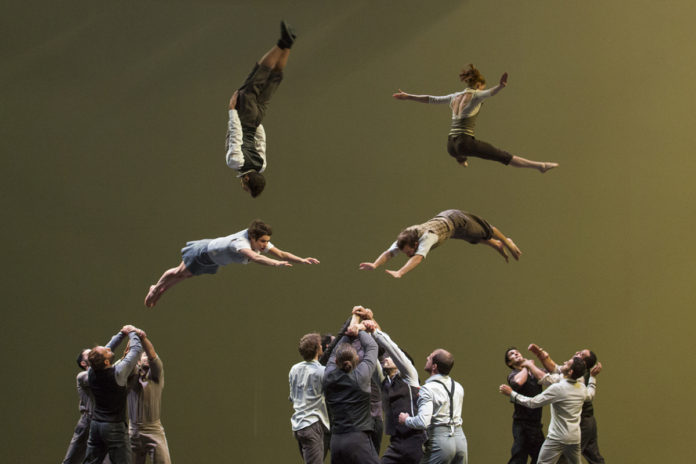 This week, XY Company of France debuted its acrobatic circus Todavía no es medianoche (It is not midnight yet) in Colombia. Taking place at Bogotá’s Teatro Mayor Julio Mario Santo Domingo from January 26-29, it is helping to launch the entire French artistic season that will take over various venues in the capital throughout the year.

From Plaza de Bolivar in the capital to the Cartagena International Festival of Music on the Caribbean coast, XY Company is among the many French performers and artists who will be special guests during what has officially been named 2017 Colombia-France Year to celebrate the two nations’ friendship.

The stunning and celebrated spectacle of Luces de Lyon in December, one of the most popular Bogotá Christmas events in years with some 900,000 attendees, was a mere start. The huge event in Plaza de Bolivar brought together both French and Colombian themes in a visual harmony revealed through the images projected.

“We didn’t simply want to reflect some reality, but to find common points between both countries,” said Damien Fontaine, creator, composer, and scene director of the presentation. “This is the reason for the significance of the Nariño’s presence in the show.”

The showcase proved daunting for Fontaine as well. An unthinkable tragedy befell the Palace of Justice located in the plaza in 1985, when leftist M-19 guerrillas sieged the nation’s top court. During a standoff with the military, nearly half of the nation’s 25 Supreme Court justices were killed.

“Doing this show for Colombia was different than I do it in other parts of the world,” he said. “Because I couldn´t fail to see the concentrated symbols of the disappearances that once occurred in the Palace of Justice.”

The torch has now been passed to the XY Company, a group formed in 2005 by Abdeliazide Senhadji and Mahmoud Louertani. They started with four acrobatic students — Minier Matsakis, Anne De Buck, Denis Dulon and Airelle Cae — on the foundations of the circus school. Their Todavía no es medianoche includes incredible feats of dexterity, performers bouncing through the air, and human pyramids, among other acts of amazement.

In 2013, as part of an innovative effort, the company hired 22 new acrobats to add even more elements to this acrobatic show, which includes a continuous acting component. This show, fit for all ages, is not one to miss. It is the first presented within what Teatro Mayor is calling its Francia al Mayor, a French season of various events that will continue at the venue.

The full upcoming lineup of events at Teatro Mayor can be viewed here.