Every March, the colorful streets of Cartagena buzz with creative energy as directors, producers, and film lovers from around the world convene. The occasion is the Cartagena de Indias International Film Festival (FICCI), now in its 57th year.

The film festival, running March 1-6, is as dedicated as ever to celebrating innovative cinematic projects, with an emphasis on Ibero-American productions. This year’s approach draws upon symbols that reflect Cartagena’s rich, yet fraught, history and underscores the significance of the transition to peace in the broader arc of Colombian and world history.

The Colombian film selected to open FICCI centers on the peace talks in Havana and sets the tone for the festival. El Silencio de los fusiles (Guns Go Silent) is a documentary by journalist Natalia Orozco, that follows both parties during the four years of negotiations, fleshes out the many challenges, and incorporates archival footage of the war to consider the position Colombia’s civil war will assume in historical and cultural memory.

Another striking expression of the historical turn for this year’s edition of the festival is the resurrection of FICCI’s emblematic figure, India Catalina, in the FICCI 57 poster. Since the founding of the festival in 1961, statues awarded to winners have been in the likeness of the Indian princess. Over a decade into FICCI’s life, the monument of India Catalina was erected in Cartagena, and a second statue of her currently stands in front of the FICCI headquarters beside the Naval Museum.

The statue has become emblematic of the city, yet the story of the indigenous woman is nothing short of controversial; captured by the Spanish as an adolescent, India Catalina served as a translator and cultural interpreter between the Spanish and the indigenous, something that helped to facilitate the annihilation of indigenous tribes at the hands of the conquistadors.

India Catalina evokes Colombia’s colonial era and a broader sense of history as it relates to the implementation of the peace accords. This framing of current events within contexts of Colombian and world history is showcased in the festival’s special program “War and Peace.” The assortment of short and feature dramatic and documentary films in this section range from Depth Two, a documentary-thriller about a mass grave near Belgrade, to Long Night’s Journey Into Day, a documentary about post-apartheid South Africa and the work of the Truth and Reconciliation Commission.

The Colombian conflict is represented in the program by the three shorts and 9 Disparos, a documentary feature by Jorge Giraldo about photography and war, interweaving material he recorded as a lieutenant colonel in the Colombian Army and material his mother recorded when she turned her camera to capture her family’s life. The two other special programs this year focus on French film noir and Caribbean cinema.

The Gems category is filled with the world-class productions that made the biggest splash at major international festivals, including winners of the festivals in Cannes, Berlin, Venice, and Toronto. The most provocative category of the festival, “Midnight Cinema,” features three darker, graphic films that explore themes of sexuality and desire and test the boundaries of perversion.

Also out-of-competition are two tributes and a retrospective: the tributes honor Thai director Apichatpong Weerasethakul and British director Andrea Arnold, and the retrospective looks at the works of of Brazilian filmmaker Eduardo Coutinho. The latter centered his films on working class subjects of his country and is considered one of Brazil’s greatest documentarians.

With his debut narrative feature in 2002, Weerasethakul made a name for himself in the international film festival circuit. He has won numerous prizes at the prestigious Cannes Film Festival, including the Palme D’Or in 2010 for Uncle Boonmee Who Can Recall His Past Lives, securing his position as a heavy-hitting director in world cinema. Weerasethakul’s films often feature unconventional structures and elements drawn from his experimental work as a video artist to depict his home country’s troubled history and current conditions of life under a military junta. Due to the political nature of his films, many have not been distributed in Thailand because he has refused to comply with the government’s censorship requirements.

Andrea Arnold’s films — her three shorts and four features — have also garnered many accolades on the international festival circuit. For her latest feature American Honey, a coming-of-age story centered on a girl who sets off to sell magazine subscriptions throughout the United States, Arnold was awarded her third Jury Prize at Cannes.

Complementing the screenings, there will be many events with directors, producers, and actors. FICCI also includes a series of outdoor screenings that are open to the public (“Film Under the Stars”), additional screenings in marginalized communities as part of the festival initiative “Films in the Barrios,” and an educational component (“Puerto FICCI”) with workshops focusing on documentary filmmaking and film criticism.

Stay tuned to the FICCI website for more information about one of Colombia’s finest annual culture festivals. 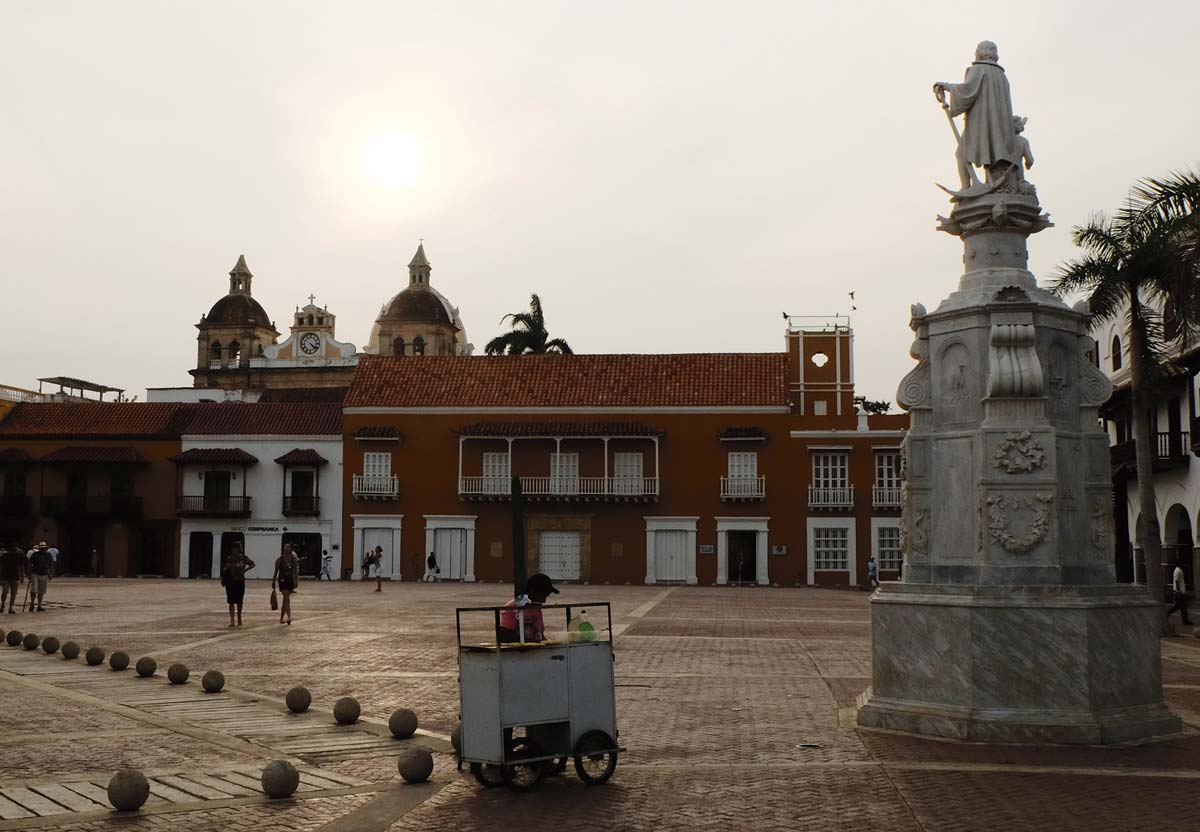 Cartagena hosts Hay Festival for everyone