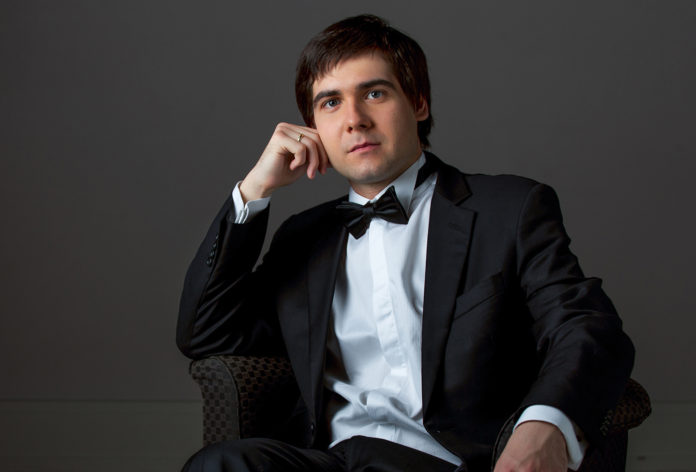 Vadym Kholodenko, winner of the 2013 Van Cliburn International Piano Competition, and considered one of the most gifted and dynamic interpreters of a new generation of pianists will perform for the first time at the Teatro Julio Mario Santo Domingo, on Saturday June 9, 8:00 p.m. The young Ukrainian musician will interpret works by Frédéric Chopin and Sergei Prokofiev.

Born in Ukraine in 1986, Kholodenko began giving his first concerts at age 13 in the United States, China, Hungary and Croatia, and in 2004 was awarded the National Award of Russian Youth “Triunfo”. In 2005, he moved to Moscow to study at the Moscow State Conservatory, under the tutelage of the honorary artist of the USSR, Professor Vera Gornostaeva.

In 2014, Kholodenko moved to Fort Worth, Texas, from war-torn Ukraine with his wife and two daughters, Nika and Michela. Two years later, tragedy struck, when the award-winning pianist found his two daughters, aged 5 and 1, slain in the family home. Vadym’s estranged wife, Sofya Tsygankova, was charged with two counts of capital murder, but has pleaded not guilty to killing her daughters.

While grappling with a profound personal tragedy, Kholodenko returned to the world’s stages and has collaborated with directors such as Leonard Slatkin, Valery Gergiev, Vladimir Fedoseyev, Miguel Harth-Bedoya and Yuri Bashmet, among others. He has played with orchestras in the U.S., including the Philadelphia Orchestra, Atlanta Symphony and Indianapolis Symphony, and in Europe recently with the Royal Philharmonic Orchestra, BBC Scottish Symphony Orchestra, Luxembourg Philharmonic Orchestra and Prague Symphony Orchestra, among many others.

For his recital at the Teatro Mayor, Kholodenko will perform Nocturnes Op. 48. 1 and 2 by Frédéric Chopin and the Piano Sonata No.2 in B flat minor Op. 35, considered a nineteenth-century masterpiece for its famous funeral March.

The pianist will also perform Prokofiev’s Piano Sonata No.8 in B flat major Op. 84, the last of the trilogy known as ‘Sonatas de Guerra’, since they were composed and released between 1939 and 1944.