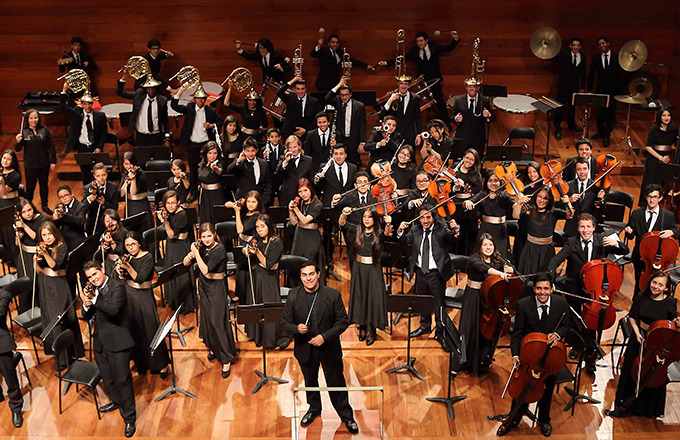 The Batuta Orchestra is a youth orchestra with one hundred musicians and tonight, Wednesday May 3, they will come together with the Nueva Filarmonía to perform a concert at the Teatro Mayor Julio Mario Santo Domingo under the baton of conductor Ricardo Jaramillo.

As part of the Colombia-France Year celebrations, these two ensembles will be joined on stage by the 25-year old French soloist Samuel Bricault and his first performance in Colombia. “I am very impressed by the talent that I have found in these Colombian children,” said the flute player. “They have rhythm running through their veins.”

This evening’s repertoire includes works by Elgar, Mercadante and Tchaikovsky. With a masters degree from the Paris Conservatory of Music, Bricault has performed at London’s Royal Albert Hall and the Paris Opera. He took up the flute at age 13 and has covered an extensive repertoire of musical genres including jazz and Irish folk. “I would love to play the gaita,” said Bricault of one of Colombia’s most traditional wind instruments. “I know it’s very difficult because you have to breathe perfectly.”

Tickets for this evening’s concert at the Teatro Mayor can be purchased online or at the venue’s main ticket office. The money raised from the admission sales will be donated to the Batuta Foundation which supports musical projects for youngsters across Bogotá. Tickets are priced $10,000 pesos to $50.000. The concert starts at 8pm.

Italian Film Fest returns to Bogotá with mix of contemporary and...