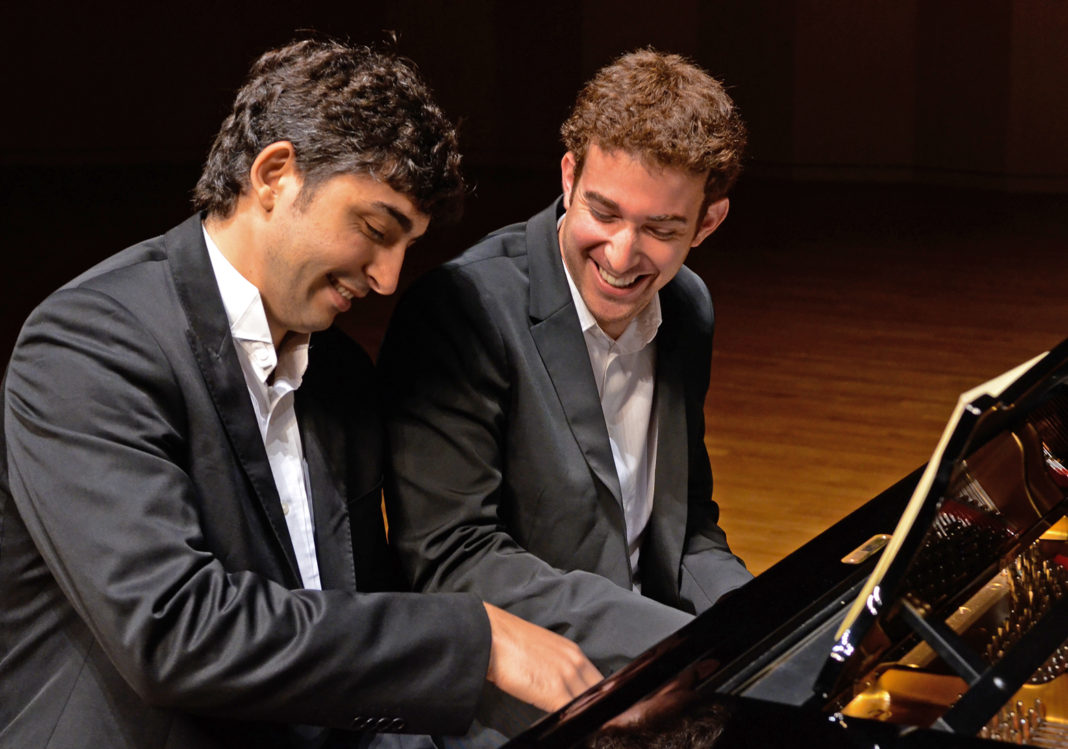 Yaron Kohlberg and Bishara Haroni are the classical pianists who founded the Kohlberg Haroni Duo after a performance during the Israeli-Palestinian Peace Accords in Oslo in 2008.

With a message that music can transcend borders – no matter how militarized – Israel’s Kohlberg and Palestine’s Haroni will offer a one night concert at the Teatro Mayor on Wednesday, February 20, with two works by Austrian composer Franz Schubert, Fantasy in F minor, Opus 103 and Military March.

The program also includes Yerushlayim Shel Zahav, a song written in 1967 by the Israeli composer Naomi Shemer and considered an unofficial anthem of the country. Some of the texts of this song appear in the Talmud and refer to traditional Jewish themes or poems. Kohlberg and Haroni will also interpret Scaramouche by the French composer Darius Milhaud, as well as Russians, Dmitri Shostakovich with the Concertino for two pianos Op. 94, and piano Suite Op. 5 by Sergei Rachmaninov.

Kohlberg and Haroni were raised in musical households separated by the deep religious and political differences that define Israel and the Palestinian-held territories. But together at the keys, they chart a musical language that is a rarity on the international stage, because professional duos are few and far between. Kohlberg from Jerusalem, and Haroni from Nazareth, have performed in the most prestigious venues as soloists, presenting themselves at an early age with leading orchestras under the baton of famous conductors, as is Haroni’s case with the London Philharmonic Orchestra, Valencia Symphony Orchestra, Stuttgart Chamber Orchestra and Israel Philharmonic Orchestra. In addition, he has shared the limelight with masters such as Zubin Mehta, Lorin Maazel, and Daniel Barenboim. As a chamber musician, Haroni has played alongside prominent musicians at the Berlin Philharmonie, BBC Proms in London and Mozarteum in Salzburg.

Considered “the pianist with the golden hands,” and one of the most important Israeli representatives of the grand piano, Kohlberg has performed at Carnegie Hall in New York, the Moscow Kremlin, Asahi Hall in Tokyo, Salle Cortot in Paris and Theater of Fine Arts of Mexico, among others.

For one extraordinary night, this duo comes to the Teatro Mayor Julio Mario Santo Domingo, and rare chance for theatre-goers to hear works written for four hands and united in friendship.