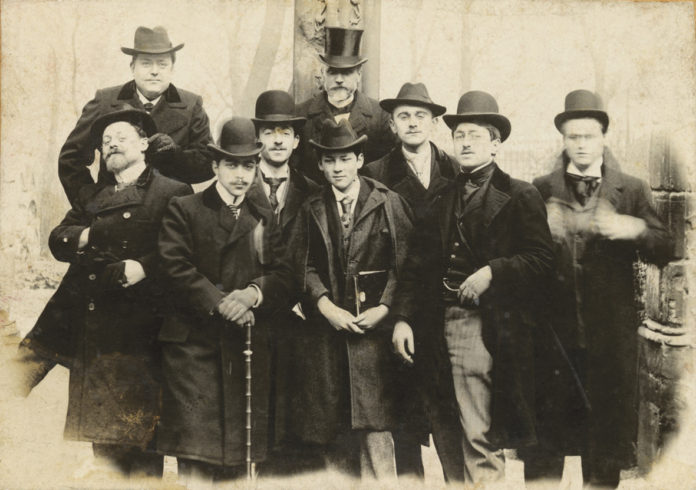 If you feel like stepping back in time, to the age of the horse-drawn carriage and when men wore top hats, you only need to take TransMilenio to the Museo Nacional station, cross La Séptima, and climb the stone steps that once led to the country’s first prison. The Museo Nacional has opened an exhibition about how Colombians lived at the turn of the nineteenth century into the twentieth, presented in everyday items, including the ruffled dresses women wore, to tableware and paintings that decorated family homes.

Going under the title The Museum in the Museum: A place between the XIX and the XX, the country’s most important cultural space joined forces with the Coffee Cultural Fund and the Ministry of Culture to condense the aesthetics of a period that begins post-Independence and ends with the industrialization of the 1930s. The exhibition is divided into four sections, which examine in period photographs, texts and works of art, what people aspired for in their new Republic. D

esire to be; Work to have; Have to be and To be or not to be, are section titles and cover the period from 1880 to 1930. From an aesthetic and educational perspective, visitors can appreciate how the commercial elites of the time were the promoters of nation building, and that would transformation every aspect of Colombian society. As a country transitioned from revolutionary fervor to democracy, The Museum in the Museum also highlights the importance of the countryside as a permanent reference, especially for those migrating to the growing cities in order to find employment.

Social mobility, growth of unionized labor and women entering the work force are also themes of this exhibition. In a country of staunch conservative values and ubiquitous conditions for child labor, illiteracy and racial exclusion, the Colombia portrayed in books, paintings and sepia tinted photographs was also one of surnames, birthrights and desire to be European. Spain, France and the United Kingdom were looked to as nations of great cultural refinement. Stand up pianos, leather bound books, wall tapestries were coveted household items that made their way across an ocean, up the Magdalena River to houses with tiled floors and oak stairwells in neighborhoods such as La Merced, Soledad and Teusaquillo.

Samuel León, who curated the exhibition with Angela Gómez, claims that the curatorial process took into account “what we wanted to tell, and from there, review objects from the museum’s permanent 19th century collection.” This exhibition also includes a cultural program, with concerts, talks, and special guided visits. The Museum in the Museum: A place between the XIX and the XX runs until June 24. Admission for adults $4,000 pesos, students $3,000, children $2,000.