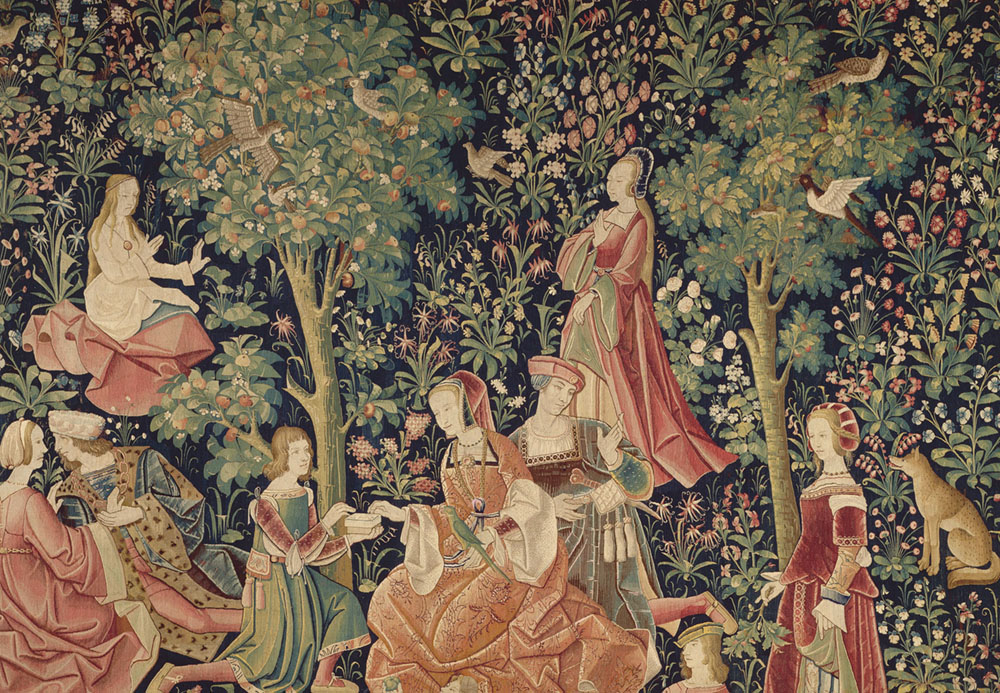 The National Museum of Colombia has teamed up with the Paris-based Cluny Museum to host a three month long exhibition dedicated to a period of history known as the Middle Ages.

Located inside a gothic mansion built into the ruins of a Roman bathhouse at the heart of the Latin Quarter, the Musée National du Moyen-Age houses one of the world’s most comprehensive collections of medieval antiquities and works of arts. So when the Museo Nacional contacted the Cluny to explore the possibility of bringing a collection to Colombia as part of Colombia-France Year, the curators on both sides of the Atlantic began working on a specific theme, and one which could unite two cultural visions under one roof.

Even though one associates the Middle Ages as a time void of environmental thinking, princes and paupers were in fact concerned about their natural environment, albeit more intent on building cathedrals and leading crusades to the Holy Land. Therefore “nature” seemed to be the most immediate theme and one that could connect with audiences residing in one of the world’s most biodiverse nations. The selected objects range from small amulets to 16th century wall tapestries.

With the title “Art and Nature in the Middle Ages” the two museums want to shed some light on an era that is often referred to as the Dark Ages and covers 1,400 years of history, beginning with the decline of the Roman Empire, the rise of Christendom in western Europe, and a time of innovation before the onset of the Renaissance.

Sixty works of art showcase how nature, from an appreciation of landscape, to abundant flora and fauna (as well as some fantastical creatures including unicorns) were part of the everyday mindset of the medieval man and woman. “The Middle Ages transferred old ideas and old ways of thinking to the people. It was an age of discovery,” said Elizabeth Taburet-Delahaye, the director of the Cluny Museum. “Stain glass is one example. They came up with new ways of representing nature. They invented ways to depict the landscapes around them.”

Even though one may be inclined to believe that the ‘Dark Ages’ were characterized by “an absence of colour”, this exhibition proves otherwise. “The artists of the time were in very close proximity to nature, whether they lived in towns or the countryside. The seasons were a great source of inspiration,” said Taburet-Delahaye.

The wonderful range of objects on display covers centuries of craftsman- ship and from across Europe. Visitors can appreciate copper and iron metalwork, painted tiles, precious miniature manuscripts, private travel journals, ornate columns and religious objects, such as croziers and an enamel representation of St. Francis in a garden of beautiful blooming trees. Even though the age of exploration had yet to set sail, physical space didn’t hamper the imagination of the medieval artist. “The fantastic world was part of their reality,” states Taburet-Delahaye.

As the most important cultural undertaking by the National Museum for Colombia-France Year, the idea to host this exhibition was the result of a common vision to create a dialogue between two worlds, which during the Middle Ages didn’t know of each others’ existence. Visitors to the exhibition will appreciate this comparison at the entrance where on one side are two white marble dogs carved in 14th century France facing two pre-Columbian vases depicting dogs of the Quimbaya culture.

Once inside the main exhibition room, the centerpiece is a gothic-shaped sanctuary where some of the smaller works are displayed offering museumgoers a sense of the grandeur of a period of history “that produced great discoveries,” states the Museo Nacional’s director Daniel Castro. “A huge team, from curators to designers, museographers and logistics coordinators have made this exhibition possible,” adds Castro.

A harmonious view of the world is represented on the walls of this exhibition. There is a thematic importance on the manners of courtship and the importance of nature as a bond between lovers. Where there is romance, there are representations of birds. To understand medieval attitudes towards nature is to gain an invaluable insight into our own. This is the governing philosophy of Art and Nature in the Middle Ages, and the collection successfully shows us that despite the passing of time, our understanding of “environmental thinking” is not new, but rather a dialogue that has driven historical change, whether we refer to it as the Ice Age, the Black Plague, or Climate Change.

The ‘Journey’ of Lundin