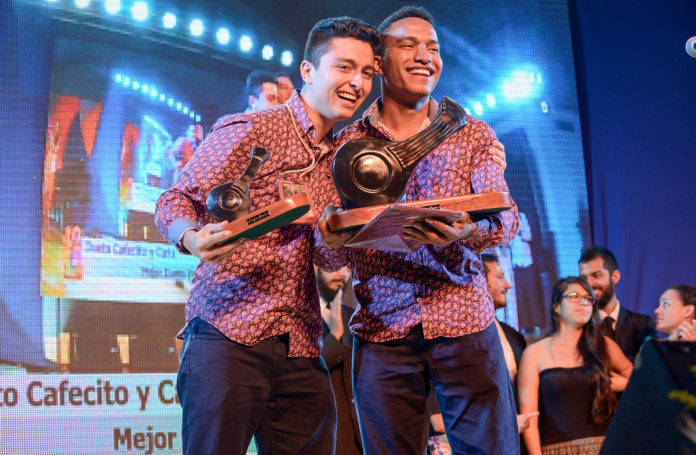 Named after a great musician and national legend, Benigno Núñez Moya, the festival Mono Núñez was created in 1975 as a contest among friends who enjoyed playing traditional Andean instruments. The epicentre of this musical face-off is Ginebra, a small town nestled along the folds of the Central Cordillera in the department of Valle del Cauca, and whose other claim to fame, is a legendary sancocho.

Even before its success and wide public acceptance, the inhabitants of Ginebra, Buga and Cali decided to create a foundation with the intention of managing the event that takes place every year between the end of May and beginning of June.

This year invites the winners of 2016’s festival to attend as guests. Making an appearance will be best instrumental soloist Oriana Medina, best ‘cocal’ soloist Alexandra Colorado and the Amaretto Ensemble to name just a few.

Medina began her musical studies at a young age and later became a musical arts teacher in the Francisco José de Caldas University where she focused on learning the Andean mandolin under the direction of Manuel Bernal Martínez and Jenny Marcela Alba Cortés. Having participated in groups such as Estudiantina Bogotá, Dúo Nebbia and the Colombian Mandolin Orchestra she recently ventured out on her own and recorded her first solo piece, Vendimia.

When Alexandra Colorado was only thirteen years old, she began studying music at the Pedro Morales Pino Conservatory where she spent three years being mentored by Rodrigo Zapata Grisales. Five years later she decided to pursue her dreams in Bogotá, taking vocal technique classes with Adriana Vásquez, a coach on various television programs including La Voz Colombia and The X Factor.

The Amaretto Ensemble are a Latin American folklore group who since 2010 have been developing music by exploring new harmonies, structures and textures based on the diversity of their sound. Made up of five musicians, Camilo Trejos (bass), Sebastián Trejos (percussion), David Heincke (oboist), Ricardo Díaz (clarinet) and Victor Hugo Castrillón (piano), the group released their first instrumental creation in 2016.