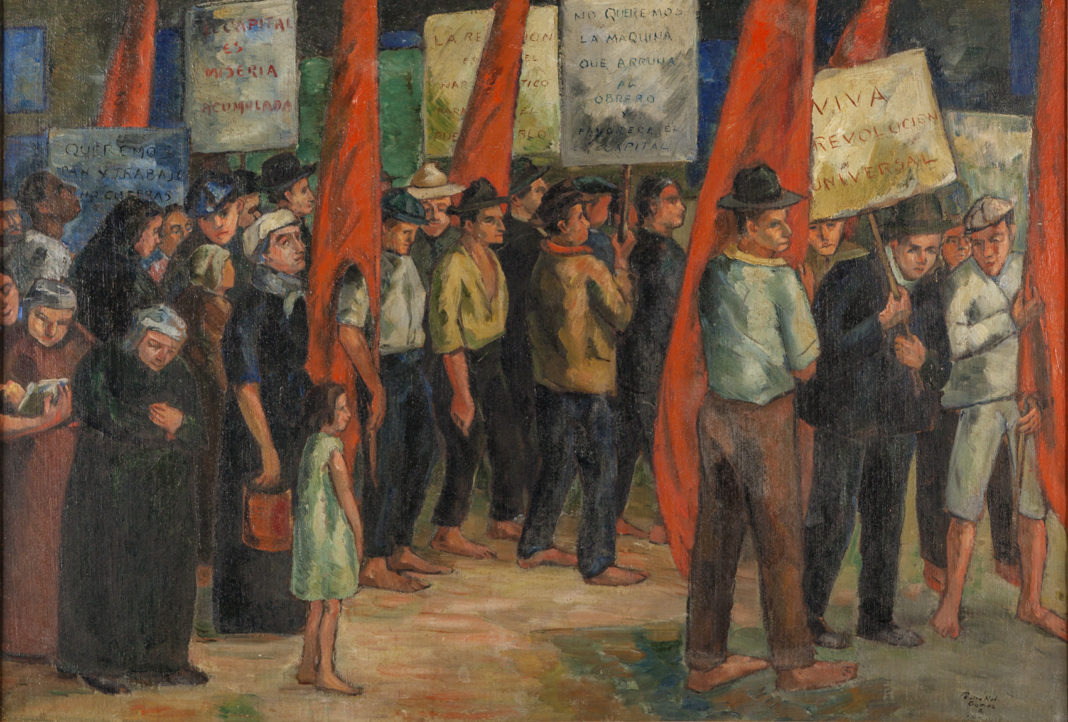 Pedro Nel Gómez could be labeled a painter of social justice at a time when the newly established department of Antioquia was governed by staunchly conservative land-owning elites who shunned the central government of Bogotá to develop their own capital – Medellín. As the industrial revolution took root, iron was the commodity in demand for the construction of suspension bridges across the Cauca River, railway lines and steam engines.

With the first factories, workers organized unions, and at the turn of the 20th century, Medellín was fueling the economic engine of the Antioquia colonization with the Catholic church setting the moral compass for its inhabitants. The city was also home to writers, portrait photographers and painters inspired by Europe’s artistic movements, among these, the Impressionists.

Born in the small coal-mining town of Anori, Antioquia, in 1899, Pedro Nel Gómez balanced for much of his adolescence and early adult life a love for the visual arts while pursuing a career as a mining engineer that was very much in demand. Having enrolled at the Academy of Fine Arts in Medellín in 1917, Nel Gómez went on to attend the Mining College where he graduated as a civil engineer in 1922.

Traveling across the fractured topography of Antioquia to inspect infrastructure projects allowed Pedro Nel Gómez to appreciate landscape as one of many artistic styles, but a trip to Florence to see the frescoes of the Renaissance masters – just three years after beginning his career – cemented his desire to become a muralist, an art form that would define his legacy among Colombians.

The National Museum of Colombia opened April 3rd an exhibition on Pedro Nel Gómez with the subtitle Relatos de una Nación (Testament of a Nation) covering seven decades of artistic endeavor. Upon his death in 1984 Pedro Nel Gómez bequeathed the nation some 2,000 square meters of murals, many of which were commissioned by the government and still adorn state-owned buildings.

As a prolific and versatile artist, Pedro Nel Gómez was also deeply concerned with the social inequality in Colombia, the political powersharing between Conservatives and Liberals, as well as the impoverishment of the country’s farmers. Using bare walls to express a vision of a cohesive and egalitarian society, Pedro Nel Gómez, in this regard, is often compared to Diego Rivera, the Mexican muralist and founding father of modernism in Latin America. While Rivera made constant reference to the Mexican Revolution in his art, Pedro Nel Gómez documented the closed and provincial society of Antioquia, referencing the growing disparity between urban and rural, rich and poor, the privileged and the disenfranchised.

The notion that murals can play a key role in building a national identity is also at the heart of the National Museum’s exhibition.

The bold brush strokes in Pedro Nel Gómez’s paintings reveal that the Antioquia artist was also influenced by cubism, whose most famous exponents are Pablo Picasso and Georges Braque. The paintings also reveal a Colombian consciousness that in many ways continues to manifest itself in our current political and economic climate.

By offering audiences a chance to appreciate the works of Pedro Nel Gómez, the National Museum frames the exhibition within the bicentenary year, a fitting tribute to the life of an artist often over-shadowed by more “revolutionary” contemporaries, without straying far from convention. 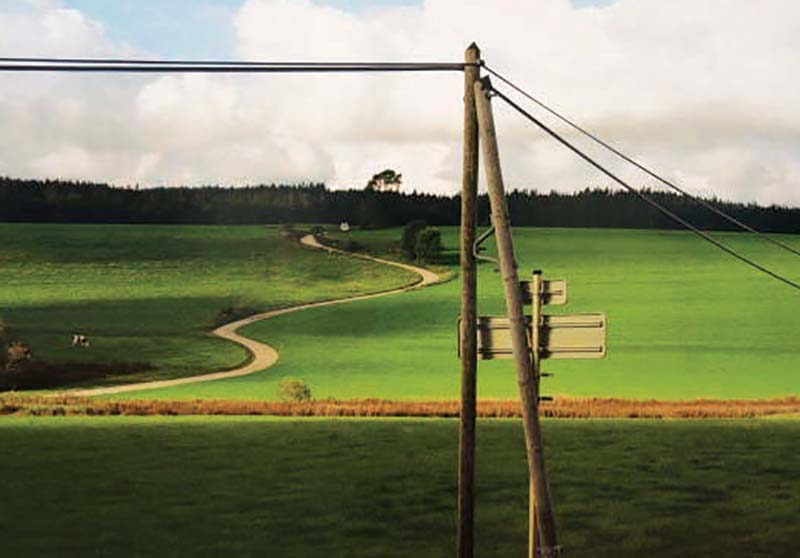 The ‘France’ of Depardon