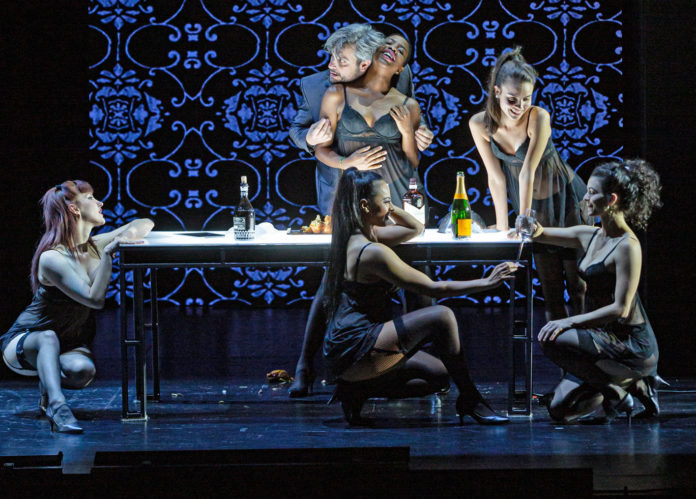 Mozart’s “Don Giovanni” is one of the composer’s most staged works, reinvented over and over for audiences, and with celebrity status for opera lovers matched by Bizet’s Carmen, Puccini’s La Bohéme and Verdi’s Rigoletto.

While the Austrian composer was prolific at writing operas, many containing some of his greatest music such as The Magic Flute and Idomeneo, Don Giovanni was one of three operas based on a libretti by Lorenzo Da Ponte (Marriage of Figaro and Cosí Fan Tutte the others), all masterpieces of the opera buffa genre.

In a co-production between Teatro Mayor Julio Mario Santo Domingo and Argentine director Marcelo Lombardero, Mozart’s two-act “Don Giovanni” opens February 25 followed by two more performances on February 27 and 29. The Bogotá Philharmonic Orchestra (OFB) conducted by Mexican José Areán takes on a score that premiered in 1787 at the Estates Theatre in Prague.

Brought to the stage by the same production company that gave Bogotá audiences in 2018 a techno-punk rendition of The Rise and Fall of the City of Mahagonny (Kurt Weill-Bertolt Brecht) in the leading role of the Italian seducer is the Argentine operatic bass Nahuel di Piero and taking on Donna Anna is soprano Oriana Favaro.

If Lombardero’s Rise and Fall renders clues as to the kind of lavish production theatergoers can expect with Mozart’s classical work, there’ll be plenty of garish costumes, wall-to-wall video projections, flamboyant headdress and gyrating dancers.

The 3-hour-long opera starts 8:00 pm on both Tuesday and Thursday with Saturday’s performance at 5:00 pm. Tickets ($40,000 pesos to $300,000) are available at the Teatro Mayor’s box office or through online agents: www.primerafila.com

Don Giovanni will air on the theatre’s digital platform (www.teatrodigital.com) on Thursday, April 2 at 8 p.m. The production will be available free to viewers for 30 days.