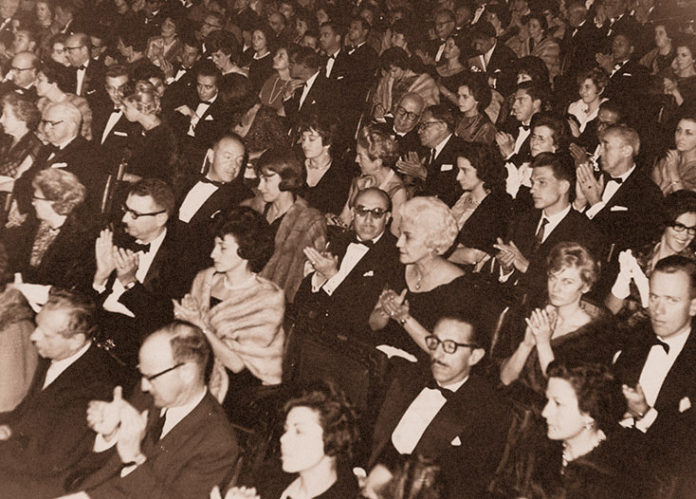 The Teatro Colón steals the show this month as it celebrates its 125th anniversary starting October 12th with a gala event, and a 6-day repertoire of some 50 performances free to the public.

In a path down memory lane, the gala program showcases Gioachino Rossini’s Semirami overture performed by the Sinfónica Nacional de Colombia. Those exact same notes were heard on the opening night in 1892 to commemorate the 400 years of the discovery of America.

This year’s premier also promises to be memorable. It includes a presentation Thursday October 12, by the 1992 Grammy award winner and renowned South Korean soprano Sumi Jo, who will be interpreting, among other works, the most popular arias sung by another operatic icon, Maria Callas, to commemorate this year’s 40th anniversary of her death.

At Jo’s side, Colombian baritone Valeriano Lanchas takes center stage, singing different arias, including the solo from Giuseppe Verdi’s Ernani. “It will be an amusing evening with an attention to detail,” assures Manuel José Álvarez, the Colón’s director since 2013.

The gala concert will be transmitted live on the walls of the Museum of Modern Art of Bogotá, Mambo, from the Bicentenary Park (Calle 26 – Cra 7) to engage a larger audience, and make this celebration an urban happening. In fact, one of Álvarez’s objectives has been to make the Colón “the theater of the people,” and assure it continues “to welcome talent from all artistic genres of the country.”

“Before, the theater was stuffy and disengaged. Today, it is inclusive, offering performances of exceptional quality, and catering to children, young adults and adults,” he explains.

Reaching out to the public is the inherit principle of the celebration. On a first come, first serve basis, the Colon’s free repertory covers exhibits, sound ensembles, acoustic routines, concerts, discussion panels, poetry readings, plays and guided tours. More than 190 artists and 42 performance companies will participate in this 150-hour entertainment marathon.

“We are celebrating 125 milestones,” Álvarez explains, and a proud achievement for the theater, which has had its share of problems, including neglect and subsequent decline in the hands of previous administrations.

The Colón remained closed for six years during a much-needed restoration that began in 2008. The project that includes the construction of a new service building is scheduled to end 2018, and has cost the government US$17 million.

The official inauguration date of the theater (October 12) was established by decree by Colombia’s first black President Rafael Núñez on October 6, 1892. Back then, the nation was ravished by a civil war, known as The Thousand Day War or Guerra de los Mil Días.

From the day it opened its doors, the Teatro Colón has been in the spotlight for many of the country’s cultural, social and political events, such as the historic signing of the Final Peace Accord between the Government of President Juan Manuel Santos and FARC guerrilla on November 24th, 2016.

Serving as the podium for major historical events or stage for renowned artists such as Russian composer Igor Stravinsky and the Polish American pianist Arthur Rubinstein, it has also been the country’s scenario for innovation.

In fact, the main light fixture in the hall was the first electric lamp in Colombia. According to historical archives, since the country lacked an electrical grid, a coal-run generator was installed in the basement. Ramelli’s Lamp – as it is known in a direct reference to the Italian designer- also provided light to the then Presidential Palace located in front of the theater, which today houses the Ministry of Foreign Relations (Palacio San Carlos).

“We didn’t just recuperate the building, we transformed it from a rental type hall to a production company,” claims Álvarez. “It’s far easier to buy ready-made productions than to produce our own works, and, by doing so, we have recuperated the true role of theater.”

One of the biggest challenges the director faces is convincing people to head-down to La Candelaria and take advantage of the theater’s slate. “We have managed to persuade people to take public transportation, head downtown, and overcome boredom and fear of the area. The theater has reached a 75% attendance rate. Few theaters can say that,” he assures.

Regarding the future of the Colón, Álvarez believes it is imperative to embrace and support local and yet to be discovered talent, as well as to seduce a new generation of theatergoers with outstanding shows. “It is great that Shakespeare is performed, but it is also important to focus on Spanish and Latin American works, so that future generations of Colombians can consider them their own, without falling into a nationalistic narrative,” he explains.

“We have outstanding talent, here and outside Colombia, yet we are afraid to work with our own,” he claims, admitting, though, that he would love to stage María de Buenos Aires by the tango composer Astor Piazzolla, A Street Car Named Desire by the American writer Tennessee Williams, and Warhorse by British playwright Michael Morpurgo.

Whether staging international or national works, Álvarez believes maximizing Colombian talent and maintaining a world-class standard in the performances guarantees this theater’s success in the future. No doubt, this too is a work in progress that will demand dedication for the next 125 years.

Some of the highlights of this six-day celebration: 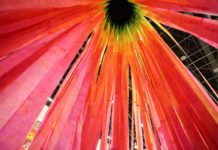