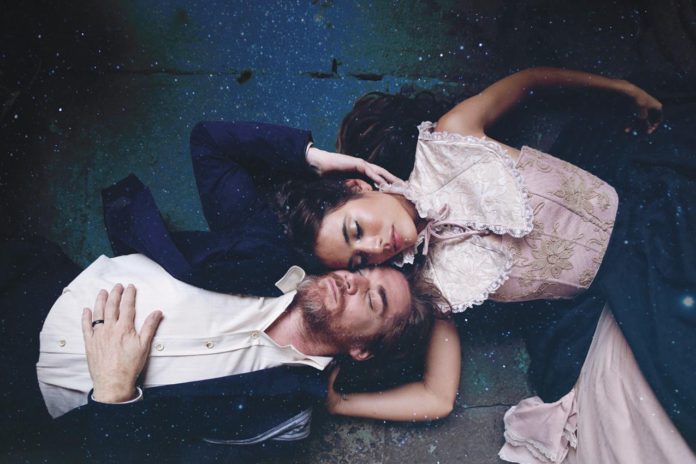 Bogotá doesn’t have a Shakespeare in the Park season, but if you are a follower of the most famous Bard, the Colón’s theatrical version of Marc Norman and Tom Stoppard’s “Shakespeare in Love”, opens its doors this month with daily performances until the end of August.

Directed by Diego León Hoyos and based on a translation by renown author Juan Gabriel Vásquez of the original screenplay, Shakespeare Enamorado, debuts 21 July with a cast of well-known Colombian actors that include Kepa Amuchástegui, Carmenza Gómez, Jairo Camargo, Gloria Gómez, Andrés Suárez, Jimmy Rangel, among others.

The plot evolves around the passionate love affair between Will Shakespeare played by Nicolás Montero and his muse Viola de Lesseps (Carolina Montero). Suffering from writer’s block and overdue in finishing a half-baked disaster of a comedy called ‘”Romeo and Ethel, the Pirate’s Daughter” the aspiring playwright meets his match with a young actress, who is willing to disguise herself as a man in order to fulfill a dream of being on the Elizabethan stage. Will and Viola’s forbidden affair goes on to inspire Shakespeare’s romantic tragedy Romeo and Juliet.

When it first made the screen in 1998, British director John Madden cast Joseph Fiennes as the dashing Will, and Gwyneth Paltrow as the heroine Viola. For both actors, under the spell of beautiful cinematography and elegant language, Shakespeare in Love propelled them to stardom. The film went on to sweep seven Oscars, including Best Picture, Best Actress (Gwyneth Paltrow), Best Supporting Actress (Dame Judi Dench) and Best Screenplay (Marc Norman and Tom Stoppard).

From then on, audiences around the world have been charmed by the swashbuckling romantic antics of the most celebrated playwright ever and Viola, the young leading lady. Now, it’s Colombia’s turn to enjoy an adaptation in Spanish, with a translation by one of the most important novelists to emerge in recent times, Juan Gabriel Vásquez. The bestselling author of “The Informers” (2009), The Secret History of Costaguana (2011) and “The Sound of Things Falling” (2013), all critically acclaimed in The New York Times, turns to the Bard in a faithful rendition and plot, that like a novel, combines twists with tongue-and-cheek.

Adding to Vásquez’s compelling use of prose is the artistic direction by Laura Villegas, who last year showed audiences her stunningly visual Macbeth in two versions, the opera by Giuseppe Verdi and tragedy by Shakespeare.

According to Felipe Gamba, director of Disney Theatrical Productions, the Colón’s Shakespeare Enamorado promises to be a “celebration of love and poetry” in an entertaining presentation, that is agile and kind on the senses. Given the ensemble on stage, as well as the Colón’s experience with hosting mega productions (most recently a worldclass performance of Verdi’s Otello), this saucy tale is well-suited for a night out with family. Tickets range between $30,000 to $70,000 pesos and can be purchased at the teatre box office or online agents tuboleta.com