Colombian salsa legend Yuri Buenaventura wraps up the cultural year of the Colón Theater Wednesday night with a one-night concert featuring the best of his big brass sound.

The Yuri Buenaventura Big Band will perform a repertoire of songs that have made him not only hugely recognized around the world as an ambassador of Colombian salsa, but a versatile composer other dance genres, such as tango, bolero, and Cuban son.

Born 1967 in Buenaventura as Yuri Bedoya, the artist became known as Yuri Buenaventura when he began to entertain French audiences with this Pacific-inspired chansons. His voice has often been compared to Jacques Brel due to his thoughtful, literate songs, and which have generated a huge following in France and the country where he resides. Buenaventura’s interpretation of the sultry Belgian composer’s “Ne quitte pas” will be a final curtain call on what has also been an extraordinary year for concerts at the Colón Theatre.

In 2014, the Colombian artist was condecorated with France’s highest cultural recognition, National Order of Merit, for his contribution to music and French culture. This month, Colombia’s Ministry of Culture also recognized Buenaventura as a global representative of this country’s musical heritage by bestowing on him this country’s Medal of Culture. Yuri Buenaventura has five gold records to his name after sales in Europe have exceeded 500,000 copies.

The music of Yuri Buenaventura has also been an integral part of French film culture, such as director Joyce Shreman Buñuel’s “Salsa” and “Ma femme s’appelle Maurice” by Jean-Marie Poiré.

Tickets for this one night performance are available online at tuboleta.com or at theatre’s main box office priced $40,000 pesos and $120,000 pesos. The performance starts at 7:30 pm and doors open at 7 pm. 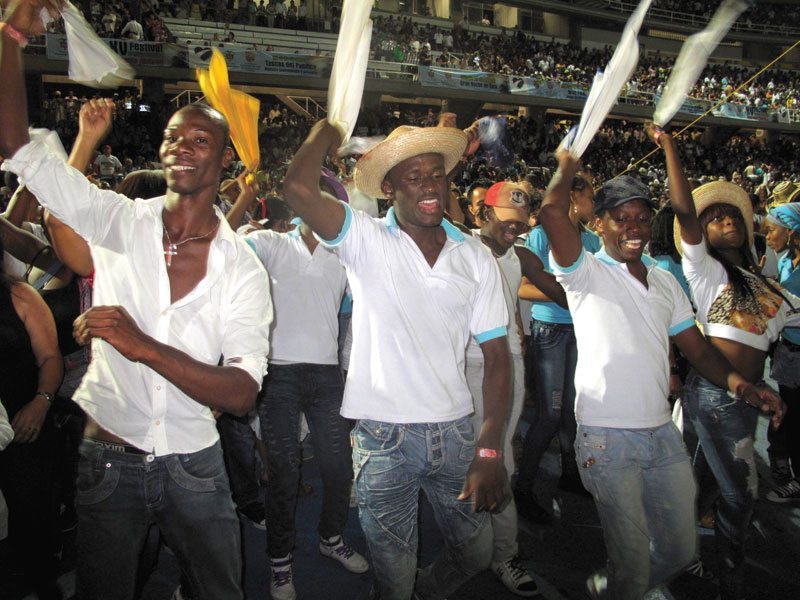 Petronio: Festival with a future