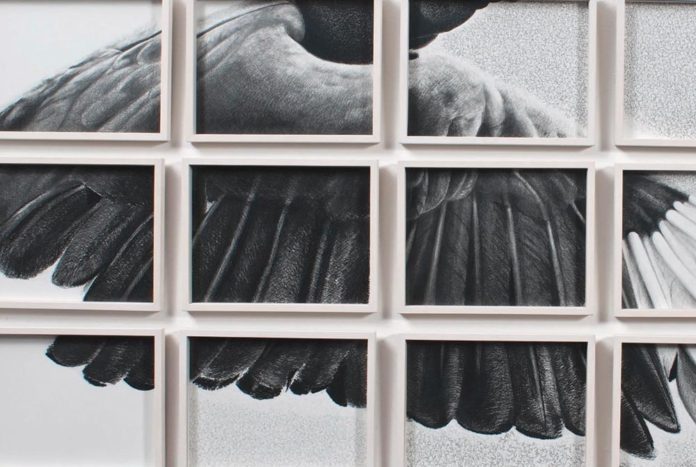 Luis Roldán’s body of work is so diverse that visitors to the retrospective Luis Roldán – Periplo, showing at the Banco de la República’s Museum of Art, get an intimate perspective of an artist who for more than four decades has mastered artistic mediums and a visual language unique to Colombian contemporary art.

Having trained formally as an architect and later as an art historian at Paris’ L’Ecole du Louvre, the Cali-born artist is first and foremost a painter who mixes his own pigments to give importance to the role of artisan in the artistic process. His early works are abstract, vibrant, and influenced by two greats, French impressionist Paul Cézanne and early 20th century Colombian painter Andrés de Santa María.

From large canvasses to charcoal drawings — even gallery-filling installations — Roldán, born in 1955, breaks with restrictions when it comes to space and art as a complete sensation. From the greys that convey the Bogotá urban landscape to his anatomical details, the central bank’s exhibition presents 60 works beginning from 1985 when the artist moved to the U.S. city of Milwaukee.

The familiar and domestic environments of Cali, Bogotá, and New York are ever-present in Roldán’s works, and there is elegance, as well as danger in his urbanism. Roldán is an artist perched on an emotional razor’s edge.

He returned to Colombia in 1988 and closed ranks with a generation of artists that included Carlos Rojas, Danilo Dueñas, Luis Luna, José Horacio Martínez, and Miguel Ángel Rojas. He went on to receive two of the most important visual arts awards in the country, the 36 National Exhibition of Artists in 1996 and the Luis Caballero Prize in 2000.

Roldán’s themes evolve around time and space, represented in one of his central series “Calendario,” which is composed of 365 pictorial modules made with waste materials collected from his workshop. In more recent series — “Mortificados-Alabados” (1999-2001), “Promenadas” (2003), and “Strike Gently” (2012) — the artist tries to stop the passing of time by accumulating and ordering elements of everyday life, such as paper, tickets stubs, matchboxes, and cardboard. In “Sueños (Dreams),” Roldán also explores the physical manifestations of passing time.

The fact that Roldán lives and works in New York reveals an artist in constant contact with elements and experiences. This creative union to the human experience is transmitted in the Museo de Arte’s retrospective, a must-see exhibition that runs until October 10.