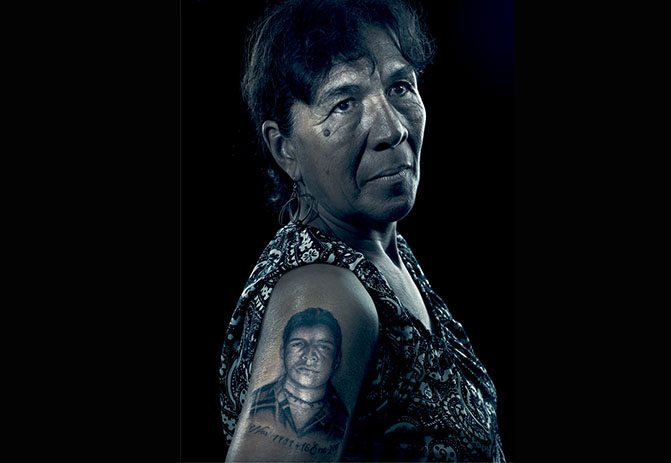 When not crossing the Great Indian Desert on a motorcycle or capturing with his Leica an ancient Chinese funeral ritual, photographer Niels Van Iperen is an established commercial photographer in Bogotá, and a city he has called home for more than a decade.

Niels’ photography encompasses many genres and where there are people, ordinary people, there is a story. The subject of the Dutch photographer’s exhibition at the Museo de Arte Contemporaneo de Bogotá (MAC) is titled Nunca más – Never again – and touches on a tragic chapter in Colombia’s recent history, when between 2002 and 2008, army brigades across the country systematically executed as many as 3,000 civilians (according to Human Rights Watch) to inflate the body count in the war against the Revolutionary Armed Forces of Colombia guerrilla. Some 800 members of Colombia’s security forces have so far been convicted of killing civilians in the “false positives” during Alvaro Uribe Vélez’s presidency.

Niels met with the organization Mothers of the false positives of Bogotá and Soacha, who for eight years have been demanding justice for the crimes committed by the state between 2002 and 2010, when 19 young men disappeared from the capital and neighbouring Soacha, and were reported as “killed in combat” during a shoot-out with the army in the department of Norte de Santander. The young men had no involvement with the guerrilla.

In Nunca Más, Niels presents a very poignant work around a highly politicized theme; going beyond stark Black and White portraits to portray family members with their “false positives” tattooed on skin. It’s a raw and sorrowful exhibition, curated by Juan David Quintero, and which shows the versatility and depth of this photographer.

The exhibition runs until July 30th.