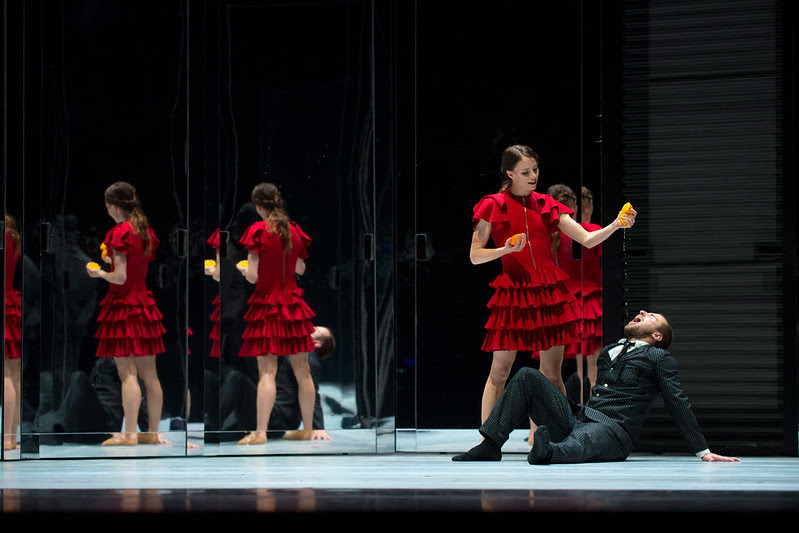 Georges Bizet’s Carmen is one of the most loved operas in the world, charming audiences ever since it premiered in 1875, based on a novella of the same name by Prosper Mérimée. Telling the story of a strong-willed, free-spirited gypsy who is arrested for attacking another woman during a brawl on the streets of Sevilla, Carmen falls for a handsome bullfighter by the name of Escamillo, immortalized in musical history with the Toreador Song.

The melodic richness of Bizet’s score, combined with high drama and passionate characters makes this four-act opera a standard-bearer for choreographers. As it is a truly Spanish tale of love and betrayal, the National Dance Company of Spain (Compañía Nacional de Danza) performed Carmen in 2015 in the Teatro de la Zarzuela, Madrid. The CND’s production marked a turning point for this iconic work by melding classical ballet technique with contemporary dance, choreographed by the company’s artistic director José Carlos Martínez.

On April 24, the Teatro Colón in Bogotá stages Carmen with the National Dance Company of Spain and “dream come true” for the theatre’s director Manuel José Álvaréz who remarked that bringing this production to Colombia “had been many years in the works.” But as part of the 40-year celebrations of the Madrid-based dance company and final cultural event of the Foco Cultural España-Colombia Year, Carmen has finally arrived with a production that counts with 25 dancers on the stage, and leading roles played by Elisabet Biosca (Carmen) and Alessandro Riga (Escamillo).

“The most beautiful thing about this work has been to internalize the movements that describe this character, to feel and see how the same role can be interpreted in such different and personal ways,” affirms Spanish dancer Sara Fernández López.

The pyramidal choreography is in the hands of Swedish dancer Johan Inger, who presented in 2017 Peer Gynt with the Ballet Theatre of Basel, Switzerland. Told with fluidity and set in Sevilla in the 1960s, the grand dame of the Spanish stage does manage to ditch her flowery flamenco dress for a mini skirt, yet retains all the grace, and joyfulness, of Bizet’s timeless heroine.

Tickets are available at the theatre’s box office or through online agents tuboleta.com, prices $35,000 pesos to $100,000.