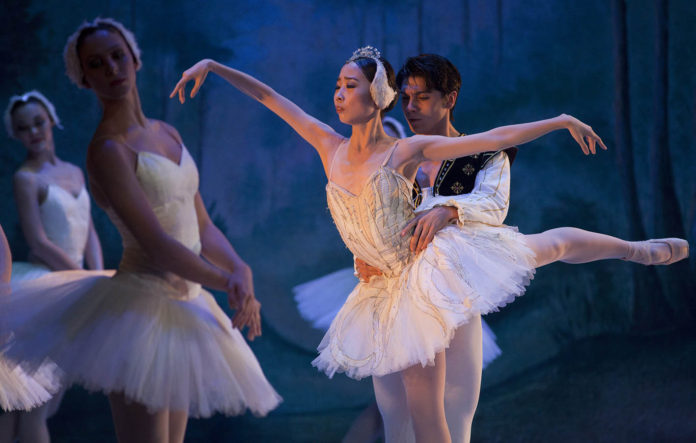 Bogotá is in for a treat this weekend as the Compañía Nacional de Danza de México (Mexico’s National Dance Company) will deliver two dance performances on Saturday, 9 June and Sunday, 10 June at the Teatro Colón.

The history of this esteemed dance company goes back to 1963 when it was first recognized as the Classical Ballet of Mexico. Five decades later, the company has become synonymous with its impeccable repertoires that gracefully fuse traditional ballet with neoclassical and contemporary artistic expressions. The dance company’s reputation for excellence won’t fail short as they bring to Bogotá’s main stage three different choreographies in one show that portray classical ballet with a fresh – Mexican – touch.

The show opens with the celebrated La Pavana del Moro, a choreography by Mexican Jóse Limòn, one of the most distinguished choreographers in modern dance. This famous 1949 masterpiece is subtitled ‘Variations on the theme of Othello’ and is based on William Shakespeare’s play of the same name. The 20-minute ballet is performed as a ‘Pavane’ – a slow dance popular during the Renaissance  – and consists of four dancers who tell the story of an unfortunate Moor, his supposed unfaithful wife, his traitorous friend and his wife.

Following this timeless ballet is Ebony Concerto by Argentinian-German choreographer and opera director, Demis Volpi. Volpi has created over 30 works which have graced stages worldwide. Ebony Concerto is based on a score written by renowned Russian-born composer Igor Stravinsky in which he celebrates American jazz rooted in African influences.

The spectacle closes with a nineteenth-century classical ballet piece called Raymonda- Acto III by acclaimed American dancer, Fernando Bujones, considered one of the best male dancers of the 20th-century. Raymonda is based on the original 1898 piece by French and Russian master ballet dancer and choreographer, Marius Petipa, with music by Russian-composer Alexander Glazunov. The full-length Raymonda includes three acts; however, the Mexican dance company will only perform Act III which portrays the story of the marriage between Raymonda with the knight, Jean de Brienne.

Don’t miss out on this rare opportunity to enjoy an evening where dance, art and culture cross boundaries to create a stunning tour de force.

Performances start at 7:30 pm on Saturday and 5 pm on Sunday.