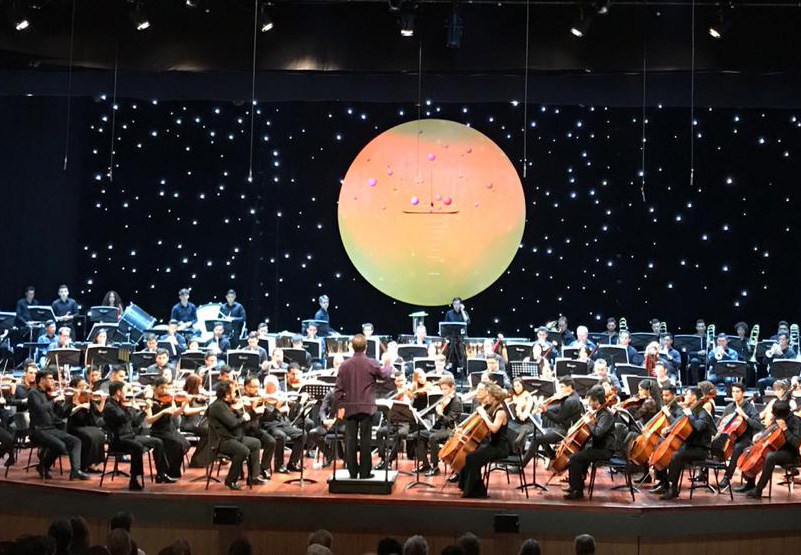 The 13th edition of the International Music Festival of Cartagena drew to a close Saturday with a concert in the port city’s Convention Center of Gustav Holst’s The Planets. For almost two weeks, festival-goers were treated to recitals in some of the historic city’s most colonial venues, as well as a gala performance of Mozart’s opera Cosi Fan Tutte brought to the stage by Italy’s Spoleto Festival Dei 2Mondi.

The 18th century equivalent of a soap opera, Mozart’s Cosi Fan Tutte was first performed in 1790 in Vienna, and after only five performances had to be scrapped after the composer’s imperial patron, Emperor Joseph II died. Considered “problematic” for Mozart, not because of its theme of infidelity and couple swapping (which at the time must have been quite commonplace for aristocrats), La Scuola degli Amanti  – The School for Lovers – as the opera was originally titled, was one of many highlights in a festival that has earned an international reputation for hosting exceptional performances.

The Republican Adolfo Mejía theatre was filled to capacity for Mozart’s two-act Cosi Fan Tutte and even though some seats in the upper wooden balconies had obstructed views of the stage, many in the audience stood throughout an opera considered to be one of the Austrian composer’s longest, running more than three and a half hours.

Set in 18th century Naples, the two heroines, Fiordiligi played by soprano Lucrezia Drei, and Dorabella (Elena Belfiore), say farewell to their fiancées and are recoupled to “wrong men” during an experiment by master schemer Don Alfonso, interpreted by baritone Roberto De Candida. In this tale of trickery and misogyny-by-the-sea is Despina, a maid with a very modern understanding of sexual mores. Despina, played by the Colombian soprano Julieth Lozano, was one of the evening’s revelations in a performance that was worthy of Covent Garden, La Scala, or The Metropolitan.

Under the baton of Australian Benjamin Bayl, guest director of the Australian Romantic and Classical Orchestra and accompanied by the Medellín Philharmonic Orchestra, Cartagena’s Cosi Fan Tutte drove home a time-tested truth, that relationships aren’t forged by fate, but choice.

From Mozart’s parlor room antics to Holst’s imagined planets, the International Music Festival of Cartagena lived up to its mission: to deliver Celestial Harmonies to audiences both large and small, grounded in a philosophy that music connects us to universal themes of love, hope for the future and interstellar time travel. All these, within the confines of colonial chapels and stone ramparts.