Ready to celebrate culture? The National Museum of Colombia and the Ministry of Culture has put together an exposition entitled “Del monumento al pensamiento, patrimonio de Colombia para la humanidad” (From Monument to Thought: Colombian Heritage for all Humanity).

This presentation celebrates not just physical sites built by man, but also man’s knowledge, abilities, thoughts and speech. Running from October 24, 2012 to January 13, 2013, the exposition showcases the 14 sites and cultural manifestations that have been officially recognized by UNESCO as cultural heritage in Colombia; seven are considered World heritage sites (involving material assets), and seven are included in the Representative List of the Intangible Cultural Heritage of Humanity.

Work done by artists, photographers and designers takes us on a thematic journey through those 14 sites. Ethnographic objects, traditional musical instruments, tools and materials used in the construction of fortifications, churches and cathedrals built during Spanish rule, fragments of traditional constructions assembled using original materials, such as life-sized malokas, empalizadas and huts bring the past back to life.

Within the Hispanic heritage sites we find Cartagena, its port, fortresses and group of monuments (added to the UNESCO list in 1984) being the most extensive fortifications in South America. Mompox (added in 1995), founded in 1540 on the banks of the Magdalena river, played an important role in the Spanish colonization of northern South America. Most of the buildings in the historic town center are still used for their original purposes, providing an exceptional picture of what a Spanish colonial city was like. The Holy Week processions in Popayán (2009) take place just before Easter, when floats decorated with ornate, flower-decked wooden statues, many dating from the late eighteenth century, are carried through the town in processions that are remarkable for their artistic quality, sounds and smells.

Part of the mark of the Pre-Columbian period can be seen in the San Agustín Archeological Park, in Huila (1995), where the largest group of religious monuments and megalithic sculptures in South America are found, dating from the first to the eighth century. In the Tierradentro Archeological Park, Cauca (1995), several monumental statues of human figures can be seen, as well as many underground tombs dating from the sixth to the tenth century. The tombs are decorated with patterns similar to those used in the internal decoration of homes of the period, revealing the social complexity and cultural wealth of that pre-Hispanic society.

Unique cultural ecosystems and biodiversity sites include Los Katíos National Park (1994), where many threatened animal species and endemic plants are protected, including 550 species of vertebrates and 450 species of birds. The Malpelo Fauna and Flora Sanctuary (2006) in the Valle del Cauca region is a safe haven for threatened marine species, and is the largest no-fishing zone in the Eastern Tropical Pacific. These waters support important populations of large predators, including groups of over 200 hammerhead sharks, in an undisturbed environment.

Far away in the foothills of the central Andes, the Eje Cafetero Coffee Culture (2011) supports a tradition of growing coffee on small plots of land, adapting to difficult mountain conditions and providing a sustainable way of life for farmers. Cultural Festivals show the incredibly richness of our coastal regions. The Marimba intrument and traditional chants (2010) from Colombia’s Pacific region in the Valle del Cauca, Cauca and Nariño is the heritage of Afro-Colombian groups. Instruments are made with local materials such as palm wood, and leather drums and rattles made of bamboo and seed mix with chants that are passed on orally from generation to generation, providing a source of community identity.

Every year during the Carnaval de Barranquilla (2008), different Colombian subcultures contribute their heritage to dances and instruments as well as floats, costumes and animal masks. The Carnaval de Negros y Blancos de Pasto (2009), held from December 28 to January 6, places special importance on the last two days, when people of all races wear black cosmetics on the first day, then white talcum on the next to symbolize equality and show the desire for tolerance and respect.

Ancestral speech systems (palabra) are conserved throughout Colombia. For example, close to Cartagena, the Cultural Space of San Basilio de Palenque (2008) is the only surviving walled community (palenque), established as a refuge by escaped slaves in the 17th century. Primarily based on African roots, the social, medical and religious practices as well as the music, oral traditions and the palenquero language all point to a unique cultural inheritance.

On the Guajira Peninsula the Wayúu community uses the Wayúu normative system, applied by the Pütchipü’üi (palabrero) (2010), which according to UNESCO authorities is “a legislative system comprising a body of principles, procedures and rites that determine the social and spiritual conduct of the community.” Local moral authorities, the Pütchipü’üi or orators, are experts in resolving conflicts and disputes using a compensation system primarily involving necklaces made of precious stones or sacrifices of livestock.

The Traditional knowledge of the Jaguar Shamans of Yuruparí (2011), in Vaupés represents the cultural heritage of many ethnic groups living along the Pirá Paraná River. The jaguar shamans follow ceremonial rituals based upon their traditional knowledge, drawing the community together using songs and dances. The exhibiton has plenty of ground to cover on a historical and anthropological level.

Although it can be hard to fully grasp the regionalism and multifaceted realities of the country, it is clear that among the many nations with UNESCO listings, Colombia occupies a privileged position and can skillfully manifest its diversity to the outside world. 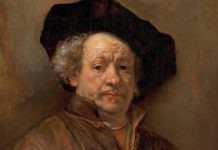 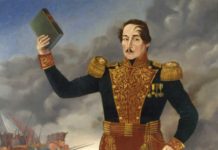 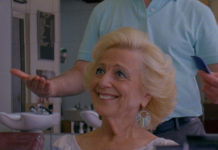 Opening the box on creation: The Origin of the Night exhibition