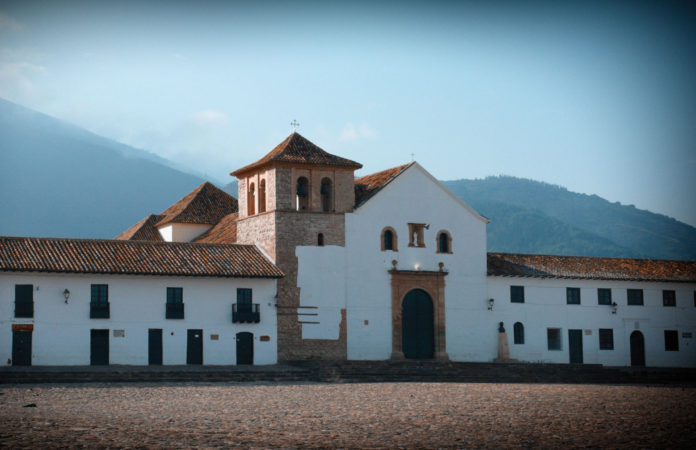 The Villa del Cine Festival takes place from September 25 through 28 in colonial Villa de Leyva, Boyacá. For those familiar with this white-walled enclave where cobblestone streets lead to the central plaza, the film festival ranks alongside with the Kite Festival – held in August – as one of the town’s leading annual attractions and instrumental in supporting Colombia’s filmmakers. Take the Negrete Brothers’ film Por esa lengua as a recent example of a film that was screened at Villa del Cine and went on to receive the Victor Nieto Prize at the International Film Festival of Cartagena (FICCI).

With the aim of creating a socially inclusive space, Villa del Cine also contributes to the cultural and artistic development of a community home to many talented artists and artisans. Every year, the organization sends its ambassadors to children’s centers, encouraging young people to create art and get involved in the festival. This year, in honor of the bicentennial of Colombian independence, the festival has created workshops with the theme “Recording Independence.”

The bicentennial will also be a focus of this year’s festival by celebrating the lives of two crucial figures in Colombian history: El Cacique Tundama and Antonio Nariño. El Cacique Tundama was an important leader of indigenous resistance in 19th century Colombia, while Nariño the ideological mastermind of the early independence movement. Nariño established the legal framework that allowed the new Republic to evolve as a society based on democratic values. Nariño died in Villa de Leyva in 1823.

The Sociedad Nariñista in honor of their founder will present a film on the life of Nariño, while brothers Diego and Edison Yaya from Boyacá will screen the trailer of their animated short Tundama, and that recounts of the adventures of the legendary Muisca ruler.

A number of important figures in Colombian cinema will be in town to help judge the short films and present their own works. The luminaries include Victor Gaviria, Gustavo Nieto Roa, Gloria Nancy Monsalve, and Consuelo Luzardo. They will also offer suggestions regarding the movies and select the films that will be judged in the finals.

To find out more information about a festival that is easily accessible from Bogotá and located in a visually captivating setting, visit: www.villadelcine.com