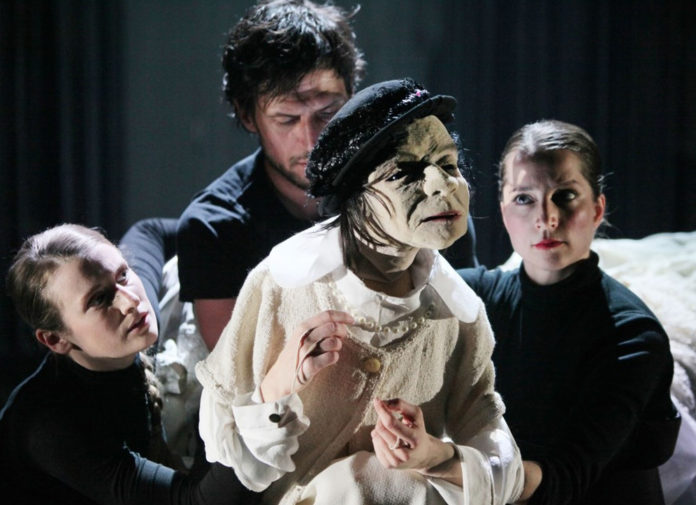 Rolling into town every two years, the Festival Iberoamericano de Teatro de Bogotá (FITB) – Iberoamerican Theatre Festival – has earned the reputation as one of the most important festivals in the world, inviting directors and their respective companies to stage productions most audiences would never get a chance to see.

Within reach of edition 16, the FITB officially kicks-off March 16 with a boisterous medieval show titled Per Te. This loud and free-flowing spectacle by the Swiss company Finzi Pasca combines dexterous acrobats, and plenty of armored knights weaving an en- chanting tale as wind tunnels blast silk with stunning light effects. As memories of ancient lore meld with high-end technology, this innovative company is paying tribute with Per Te to its late co-founder, Julie Hamelin Finzi. The venue for this family event is the Jorge Eliecer Gaitán Theatre.

Thirty works from 13 countries have been slated for this year’s line-up, including the energetic and high voltage experience of Muaré. Created by the Spanish circus troupe Voalá, Mauré is essentially an aerial rock show accompanied with live music from the British band Duchamp Pilot. The venue for this spectacle is the Bogotá bullring Plaza de Toros Santamaría.

The Colegio del Cuerpo is a dance company that for two decades has been teaching vulnerable youth in Cartagena to become professional dancers. Under the creative direction of Alvaro Restrepo and Marie France Delieuvin, the school has formed a generation of committed performers. The creative duo’s most recent venture is Negra/Anger, a work based on the life and times of blues singer Nina Simone. With a screen projecting black-and-white footage of the Bowery in Lower Manhattan and a stage where the dancers move in perfect unison to her music, this work is one of protest, a cry against discrimination, and a poignant tribute to one of the heart-wrenching musicians to have existed.

For a good bar-brawl Australia delivers with Scotch and Soda by Company 2. The venue for this brassy romp is the Teatro Astor Plaza. Combining its signature blend of world-class circus and junkyard jazz, Scotch and Soda is slapstick theatrics by those from Down Under who do it best.

Argentina has been selected guest nation for this year’s FITB, and standing-out among eight selected works is Todas las canciones de amor (All Songs of Love), a musical directed by Alejandro Tantanian, starring the renowned Marilú Marini. Theategoers can enjoy her mesmerizing performances from March 28 to April 1 at the Teatro Nacional La Castellana.

Among the 400 artists who will be in Bogotá for the festival are some “water fools” from the on-the-water theatre company Ilotopie. Known for their near-miraculous capacity to walk, dance and even ride a vehicle on a liquid surface, this company from France promises waves of laughter and phantasmagorical fun. Water Fools wrap up the 16th edition at the Parque Simón Boívar on April 1 st.

While it may appear by the playlist that many of the performances defy gravity, there are works that are very grounded in classical genres, such as ballet. The legendary director Edward Clug delivers with Igor Stravinsky’s Rite of Spring titled for this occasion as Sabat Mater/Consagración de la Primavera and performed by the Maribor Ballet (Slovenia). The gilded Colón Theatre is the venue for six performances of this powerful work of composition and dance.

One performance that speaks volumes of what this festival is all about comes to us from Slovenia as the Symphony of Sorrowful Songs. Based on the elegiac strains of Henryk Gorecki’s Symphony No. 3, the stars align on stage with a hauntingly beautiful performance by the Opera Ballet of Ljubljana. Symphony of Sorrowful Songs was created by Tomaz Pandur, who died in 2016, aged 53. This masterful rendition of music and movement will be performed at the Teatro Mayor Julio Mario Santo Domingo from March 21 to 24.

Mixing live performance with animation and film is the specialty of the marvelously odd 1927, a company founded on the Edinburgh fringe circuit. Based on an adaptation of the Austrian writer Gustav Meyrink’s 1914 novel Golem, this performance is an anti-technology fable set in a library that feels contemporary and ageless. From the wired and wonderful theatre of 1972, we cross the Chanel to the Netherlands where the Ulrike Quade Company gives us a look at an icon of gracefulness: Coco Chanel. This performance combines hyper-realistic puppets, historical facts and a dash of imaginative theatre.

Then, there’s Pixel Mountain by the Sydney-based Stalker Theatre Company with its technology mapping performances on the 16th, 17th, 18th, and 19th of March, This work of interactive theatre was created in collaboration with Korean artists for presentation at the Gwacheon Festival and Hi Seoul Festival in Korea. With 3D images and audio, Pixel Mountain will charm you off your feet.

Unlike other world-class events where tickets prices to any given performance can be costly, the FITB is generously subsidized by the mayoralty of Bogotá and private sponsors making the theatre experience accessible. Take advantage of the free events and discounts during a two-week festival with shows that have dazzled audiences around the world, and now can be fully enjoyed in Bogotá.