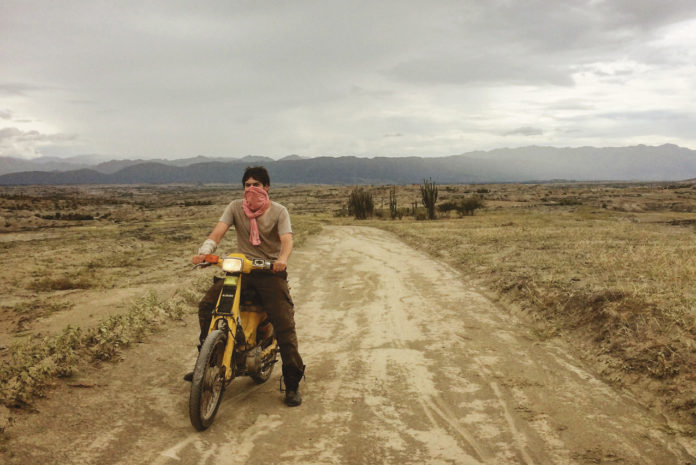 Cartagena de Indías International Film Festival – FICCI – turns 58 this month, and after an official launch in Bogotá with organizers and industry professionals, it is evident that this year’s festival will be a thinking person’s festival. This doesn’t mean there won’t be time for lazing around sun splashed colonial courtyards enjoying that post-screening drink, or getting an autograph from Tilda Swinton, the British actress who will headline this six-day event.

The Academy Award-winning Swinton (for role as Best Supporting Actress in Tony Gilroy’s 2007 “Michael Clayton”) will be honored with a 12 movie profile, and which, beside the thriller that cast her as a ruthless corporate attorney, includes three Derek Jarman features: Edward II, The Garden, The last of England.

Joining Swinton as a big name at FICCI 58 is Spanish actress Maríbel Verdú, who starred in Guillermo del Toro’s surreal Pan’s Labyrinth (2006), and more recently, in Pablo Berger’s dark fairy tale Snow White. Guests at FICCI will be treated to five screenings in the Verdú tribute, including Alfonso Cuaron’s Mexican road movie Y Tu Mamá Tambien (And Your Mother, Too).

The director’s tribute this year goes to Bruno Dumont, the 59-year old French realist director and screenwriter whose repertoire includes The Life of Jesus (1997); Humanity (1999), and Twenty-nine Palms (2003). Dumont has directed 10 feature films, all of which will be shown in Cartagena’s international line-up.

As FICCI rolls out the red carpet on visiting VIPs, the Gala section includes two co-productions and Colombian cult classic on the nature of conflict, Francisco Norden’s Cóndores No Entierran Todos los Días. Briton Peter Webber’s Carteristas (Pickpockets) was filmed in Bogotá and produced by French company Borsalino Productions. It tells the story of an urban ruffian plying his shadowy trade in the middle of the hip-hop graffiti scene of the Colombian capital. Julia Solomonoff’s feature of an Argentine actor’s self-imposed exile in New York, Nadie Nos Mira (Nobody’s watching) tackles a theme close to the South American reality.

From the conflict in Syria to human rights abuses in the Philippines, FICCI, has incorporated in this year’s version a category on war and peace. Highlights of this category include Phillippe van Leeuw’s Insyriated and Ziad Kalthoum’s documentary on migrant workers in Beirut, Taste of Cement.

If forced displacement and the refugee crisis sweeping across Europe isn’t enough to get you thinking about humanity’s most poignant issues, then Colombia’s Official Selection will with works by up and coming, as well as established directors. William Vega’s Sal (Salt) and Laura Mora’s Matar a Jesus (Killing Jesus) are two of seven features competing for the prestigious India Catalina statuette.

Latin America’s longest-running festival is also a window on New Creators and storytelling that covers a thematic diversity of a country with no shortage of “High Voltage” storytell- ing. Hence, the slogan of this event Puro Voltaje.

The festival’s industry networking sidebar is Puerto FICCI, and a chance for projects in pre-production to catch the attention of potential distributors, talent managers and producers. As part of its mission to deliver cinematic magic to the most remote corners of Bolívar department, the festival’s roving FICCI Móvil will visit 40 or more towns to screen part of the festival’s selection to those who cannot make it to the capital Cartagena.

With 137 films to be screened in less than a week, including a slate of vampy Spanish B-Movies on the Midnight program Cine de Media Noche, FICCI will host a retrospective on the life and allegorical films of Brazilian Glauber Rocha. A leading exponent of the Cinema Novo (New Cinema) movement, Rocha’s first film, Barrazento was included in the first New York Film Festival in 1961, and this director followed three years later with notoriety at Cannes for Black God, White Devil.

In an interview with Le Monde, Rocha remarked that his films belong to a “generation full of wild dreams and hopes. They are full of enthusiasm, faith and militancy and were inspired by my great love of Brazil.” The South American director’s experiment with post-colonialism is just one of politically charged themes at FICCI. As it reaches another milestone of cinematic excellence there’s no shortage of material for making statements. And, as food for thought, FICCI also promises to be a very well curated festival with plenty of gold going to Colombia’s and Latin America’s finest directors and cinematographers.

For the complete festival line up, including the competition nominees visit: www.ficcifestival.com