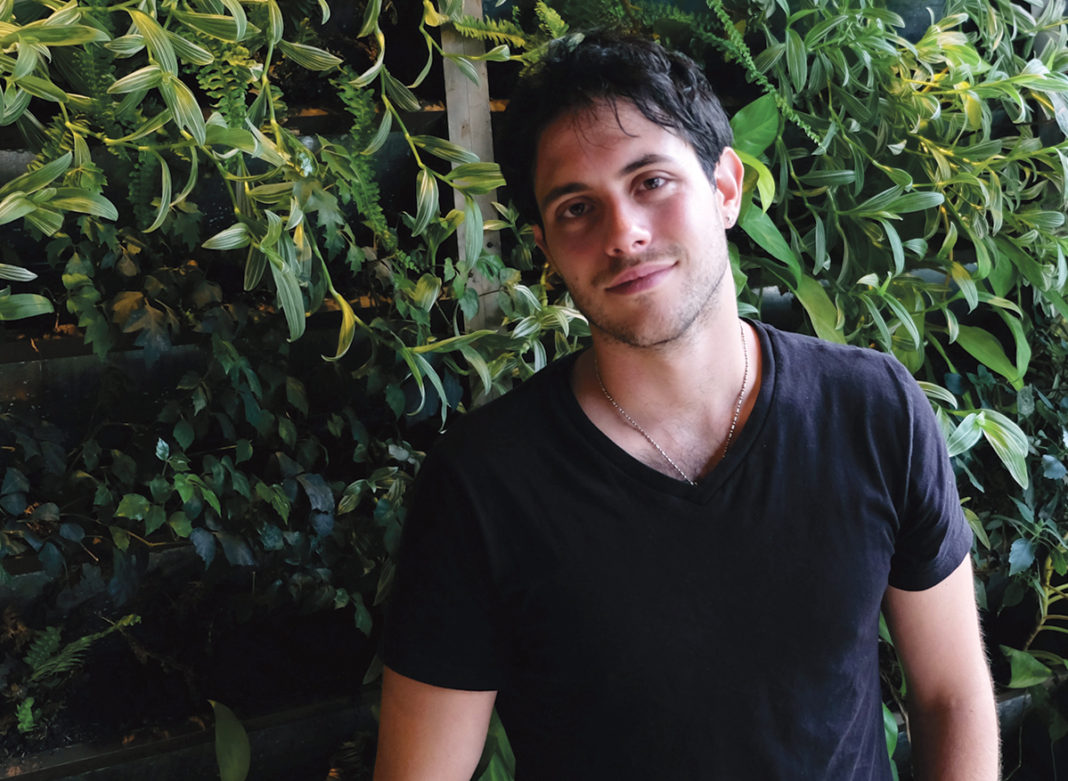 Noah DeBonis had no intention of making a documentary when he came to Colombia. He was taking a vacation and wanted to learn Spanish. He didn’t bring his camera, any equipment, or even a computer when he arrived last summer.

But the more DeBonis learned about the country’s attempt to find peace, the more the story spoke to him. The articles he read, particularly about young children conscripted out of poverty into a guerrilla insurgency, were heartbreaking. “They shone a light onto a world that I didn’t know and I didn’t understand,” he said. “They spoke to my humanity.”

DeBonis, an award-winning filmmaker raised by parents who worked in refugee camps in Asia, realized he needed to help tell these stories. The government’s negotiations with the Revolutionary Armed Forces of Colombia (FARC) have been well covered. Great journalists and directors have detailed the political and military dynamics of a half-century-long conflict that has killed at least 260,000 and displaced some seven million people.

Coverage of the personal side, though, in DeBonis’ eyes, has been lacking. He wants to document the lives of the ex-combatants who abandoned their weapons in the jungle in an attempt to re-join civil society. Their struggle to reintegrate into a world they hardly know — and can barely understand — is the subject of the documentary he is currently directing, “Strangers to Peace.”

Diana, who became a FARC guerrilla when she was 13 years old, is a main character. Now 29, she spent years in the Colombian jungles before she was even close to womanhood. After escaping the group at 19, she moved to Bogotá, where she is now a mother taking a university course. She has tried to hide her past, not revealing this secret history to her now-husband until months before their wedding. But her rebel past has surfaced in pieces, causing her to lose some friends and stirring up memories that are as vivid today as they were a decade ago.

Hearing such tales made DeBonis believe he had to make a film even if it was going to be difficult. In the beginning, while still a tourist, a few locals loaned him a video camera. He also shot footage on “pro-sumer” digital cameras borrowed from travelers he met at a hostel in Bogotá. Eventually, he contacted the governmental Colombian Agency for Reintegration, which proved fruitful when the agency agreed to give him access to ex-guerrillas who it was trying to help. “The film has really taken off from there,” he said. “A lot of this was serendipity.”

Another breakthrough came last fall when DeBonis, by a chance introduction, found himself alongside multiple Colombian senators. They were promoting the “No” campaign to strike down what the opposition saw as a flawed peace deal, and their views illustrated how divided Colombians remain regarding reintegration. Debonis knew that none will forget — and at this event he saw that many will never forgive. To some, there is zero tolerance for anyone who wore a FARC insignia, no matter if they ordered a military ambush or joined a cause they didn’t understand as a pre-teen.

“Strangers from Peace” is far from finished. With the help of supporters, including Colombians working on his crew, Debonis has largely self-funded the project, raising more than US$12,000 through Kickstarter. A breakthrough came when the world-famous Sundance Institute chose his submission for its documentary workshop. “That was big for us,” he said, of his short trailer being deemed worthy of wider attention. “I was in Colombia putting things together and not knowing if anyone would have any interest in it.”

Sundance recognition doesn’t guarantee a financing windfall. But it has brought prestige and mentorship to an independent endeavor. Regardless, DeBonis says there is currently no time to dwell on the budget. The story is progressing today — every day — so the camera must keep rolling.

And the scope is widening, with DeBonis turning his lens toward more than child soldiers. Another former combatant in the film, Boris, is nearly 50. He fully understood what he was doing from the outset and spent 18 years in the FARC, renouncing guerrilla life, he says, only after seeing a corpse that reminded him of his daughter. His route to reintegration and forgiveness is altogether different. For him, many Colombians would say that path shouldn’t even exist.

Both Boris and Diana want to become part of a country they really do not know while “facing stigmatization — and for good reason,” said DeBonis. Now that some 6,300 FARC rebels will surrender their weapons, thousands more will soon join them in reintegration. Officials fear that many will give up and return to a life of belligerence or crime. Diana has been more successful than most, and even she often feels overwhelmed a decade after her escape. “This is something they’ve been trying to hide from,” said DeBonis.

For the director, that anguish is the heart of the documentary. While the gravity of his subjects’ struggle is hard to comprehend, the longing to overcome regret is common. That internal conflict, as much as the one on the battlefield, is what he hopes to put onto the screen. For Diana, Boris, and thousands more who are about to embark on the journey, making peace with themselves will require far more than setting aside their rifle.