Don’t miss out on two important cultural happenings this month in Bogotá:

After their hugely successful launch in March this year, BogotAuctions will host their second edition June 26th in the stately enclave of the Museo de “El Chicó.”

Sixty unique works by Colombian and Latin American artists will be shown in the museum’s spacious exhibition hall and auctioned-off in front of what promises to be another lively and captive audience.

The works which will make their way to the podium range from the start of the 20th Century to more recent times and cover a large range of mediums, from sculptures, to photography, paintings and other graphic techniques.

Included in June’s collection and auction are some very unique pieces such as sculpture by Feliza Bursztyn from her “Chatarras” series (1960), “Río Frío” (ca. 1966) by the great Colombian master Alejandro Obregón and a striking oil miniature “El barco de vapor Venecia” (1974) by coastal primitivist Noé León.

The iconographic Colombian artist Miguel Ángel Rojas offers his “Recordando a John” photograph, and a layered collage entitled “Titles” (2011) by the up and coming Miler Lagos will also meet the auctioneer’s gavel.

The day before the auction guests are welcome to wander through the exhibition and if there is something that catches the eye (there always is), one can register at www.bogo- taauctions.com or send an email to staff at: info@bogotaauctions.com. Good luck to all as this second auction promises to deliver another incredible evening of fine art in the city.

To refer to Orff’s Carmina Burana as epic is one of the great understatements of musical history. A medieval-inspired Cantata composed in the 1930’s by German educator Carl Orff, Carmina Burana, during three hours blasts a range of musical complexities and monastic melodies from the stage; and which requires the presence of a large chorus, versatile leading voices and an orchestra resilient enough to endure a composition that takes on treacherous beats, meters and a score written in Latin.

“Oh Fortuna!” for us in Bogotá that June is the month of a Carmina Burana comeback, and a very Colombian rendition for three nights only in the Teatro Mayor Julio Mario Santo Domingo. The choral masterpiece will be interpreted by the National Symphony Orchestra, the Choir of the Opera of Colombia, the Children’s Choir of Batuta San Rafael and Fundación L’Explose, and in leading roles are soprano Carolina Ullrich, tenor Santiago Burgi and baritone, Christian Senn.

Carmina Burana will dazzle, delight and have audiences bursting out of their seats, as few choral works come as energetic and epic as this. 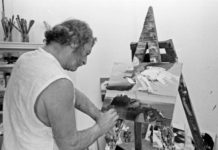