If England, as Napoleon once said, was a “nation of shopkeepers” then Colombia could well be a country of weavers. From feathered headwear to carpets, shoes, hammocks and ceremonial staffs, artisans across this country have skillfully merged fibers and other raw materials into elaborate objects for centuries.

The art of weaving is a visible tradition, best seen in a sombrero vueltiao or mochila and the National Museum’s current exhibition Pura Fibra (Pure Fiber) showcases some of the most intricate handwork by this country’s indigenous peoples. The exhibition also highlights the time-tested relationship between craftsmanship and the environment.

With references to specific regions and communities, the exhibition presents 115 ethnographic objects collected by anthropologists during the mid-20th century. All of the objects have a strong connection to nature, whether they were elaborated for a home or ceremonial gathering.

The exhibition describes some of the power behind the weaving process. “Fibers are a creation that meet the body and soul, they imitate nature.”

A mysterious crown decorated with jaguar threads lures in visitors.

The objects on display are not only practical, but steeped in meaning as in indigenous cultures nature is often represented by the most respected and feared animals, such as jaguars and snakes.

A passionate guide leads a group through the exhibition. She explains that a cooking utensil, located in the corner of the room, is known as the “boa” because of its resemblance to the skin, head and body of the Amazonian snake.

The creations of the communities are also often inspired by local chants and mythology.

Some 20 hats are represented in Pura fibra and which cover the gamut of the country and its ecosystems, such as the broad costeño vueltiao or the colorful pointy sombrero used by the keepers of the Wayúu’s oral tradition, the palabrero.

Even though weaving is part of the staple economy of many communities, it is under threat from cheap factory-made imports. Increasingly the “Made in China” sombrero or “Made in Indonesia” basket has made its way into our shops and sold as contraband on our streets, undermining the hard work and determination of Colombian artisans.

The exhibition Pura Fibra ends this Sunday, so take advantage to get to know the many fibers that keep together the memory of this nation of weavers. 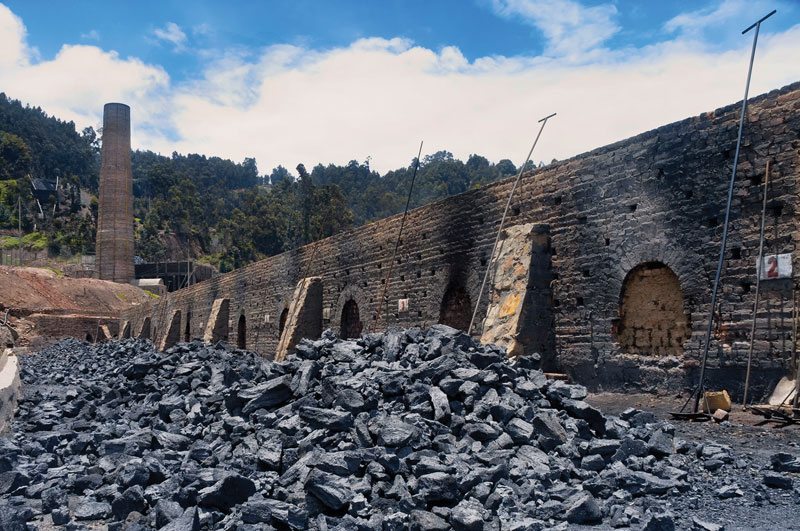