Bogotá’s art scene came intensely alive last month  as artists, collectors, advisors, curators and spectators converged for a one-week feast of exhibitions, the centre of which was ArtBO.

With 84 galleries from 20 countries represented, the art world was abuzz, and many quality works got well-deserved international recognition.

It appears the gaze of many prestigious art galleries, curators and collectors is now fixed on Colombia.

”The Colombian art scene is in no way emerging. It’s just that recently it has begun to establish a name for itself.”

But as well-known art scene figures scout for new Colombian talent, many artists still find international representation few and far between. And even though their projects speak for themselves, language is a formidable barrier for many artists.

Still, some local artists such as Oscar Murillo and Rafael Gómez Barros have been able to get a foot in the door. Their work was on display at the reputable Saatchi gallery in London as part of the Pangaea exhibition last year.

Both men have established themselves relatively recently as sought after artists, and sell work at prices well into the triple figures.

For decades, Fernando Botero was the only Colombian artist who succeeded in establishing himself prominently on the international scene. His bronze figures could be found everywhere from Barcelona to Manhattan.

But the Financial Times describes this prolonged period of international artistic anonymity as Colombia’s “50 years of solitude.”

Then came sculptor Doris Salcedo with a number of overseas exhibitions in the 90s and an acclaimed installation of “Shibboleth” in the Tate Modern in 2007.

These recent successes have helped provide further impetus for Colombia’s increased international visibility. But as María Paz Gaviria, the director of ArtBO stated, “The Colombian art scene is in no way emerging. It’s just that recently it has begun to establish a name for itself.”

Philipa Adams, director of Saatchi gallery, notes that the recent interest in Colombia is not due to a suddenly thriving art scene, but the fact that it’s only now that international visitors are beginning to take a closer look.

The changing political climate in recent years, she explains, has “opened up different dynamics and allowed more freedom.”

This freedom is pushing Colombia forward as a fashionable emerging art market, and key art industry figures are making the trip to find out what’s waiting to be uncovered.

Most of this exploration is confined to occasional visits and participation in the various art events which take place yearly during Bogotá art week. But London-based art advisor and curator Sandra Higgins believes a longer stay is necessary in order to understand “the full spectrum of art in Colombia.”

While most visitors were moving onwards after October’s busy art events, Sandra was looking for a home in Bogotá for the next six months. Her sojourn here will involve visits to galleries all over the country, numerous interviews, participation in the production of a documentary on Colombian art, and preparation for a future exhibition in London featuring Colombian artists.

Sandra’s relationship to Colombian art goes back to the 1990s, but it only truly began to deepen four years ago. Since then, she has been active in promoting Colombian artists through her gallery in Chelsea and other spaces.

With her personal taste self-described as leaning towards the “painterly”, she would like to see more art created with traditional mediums alongside fashionable Colombian conceptual artworks represented in London.

The exhibition she organized for Lucas Posada was made possible with the help of Avianca, and Sandra is a firm believer in the increased possibilities that collaboration with the private corporate sector can provide.

The forging of such alliances is essential so that Colombia can open its arms to more and more art professionals, she said.

Colombia’s growing international appeal in terms of art is, of course, closely aligned to its growing appeal in general as a tourist destination and as a viable economic opportunity for foreigners.

In London, Sandra has observed that the lack of knowledge and negative stereotyping that has excluded Colombia from international visibility still persists to some extent. And she affirms that “the international art community needs to move beyond limiting associations related to the conflict.”

It seems clear that there is a wealth of opportunity to be uncovered, but for most artists the path to international success is still dubious.

As a former artist herself, Sandra can sympathize with the struggles of lesser-known Colombian artists.

Some may be riding on the positive waves of burgeoning international interest. But many local artists must exercise “patience and tenacity” as they strive to enter the limelight — and the notoriously capricious world of international art. 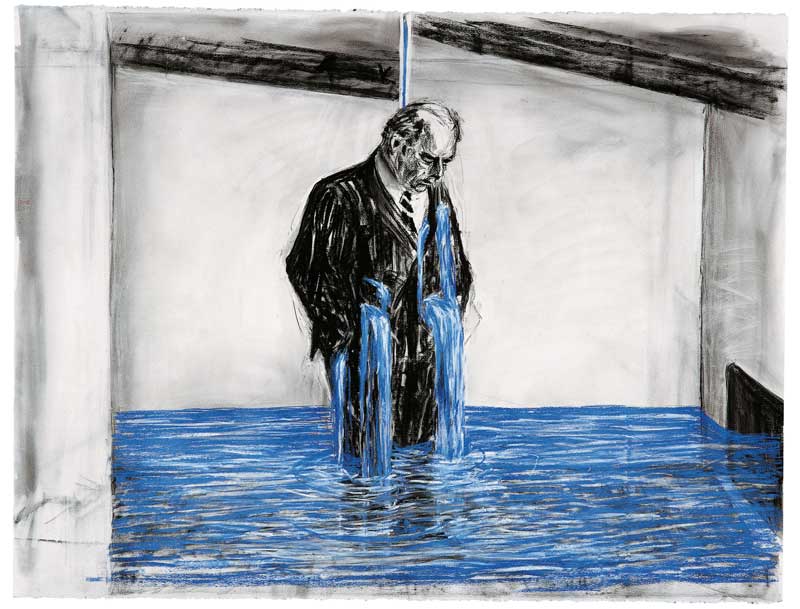