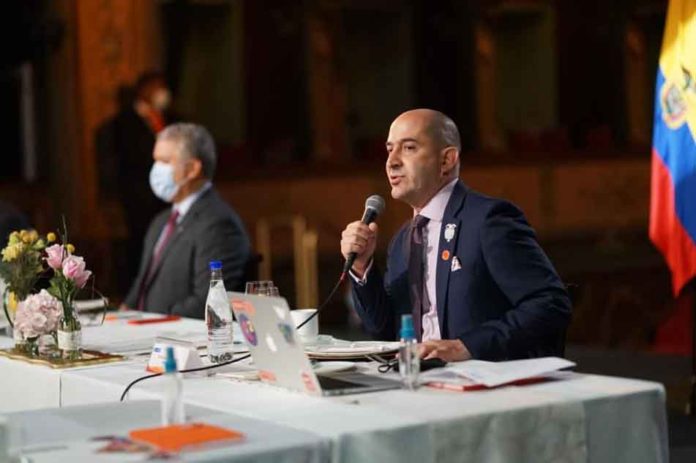 Maintaining a nation’s cultural industries requires investment and sustainability. The greater the offering, so too, accountability and commitment from the arts and entertainment sectors. But these are no ordinary times as arts venues and other cultural institutions must maintain pay-rolls with sudden closures caused by the health measures of the ongoing coronavirus pandemic.

In a move to reactivate Colombia’s diverse and vibrant cultural sector, on Thursday, President Iván Duque hosted the ninth session of the National Council of Orange Economy, bringing together in Bogotá, the public and private sector, as well as representatives of territorial entities to promote culture in 2021.

As part of the ReactivARTE Law, passed by Congress in December 2020, the national government announced at the Council that it will invest this year COP$6.5 Billion (US$1.8 Billion) to leverage the economic and social fall-out of cultural industries through private investment in tax incentives and credit opportunities.

The investment is destined to theaters, symphonic and philharmonic orchestras, music education programs for vulnerable youth and reconciliation – Batuta – among others.  Minister of Culture Felipe Buitrago stressed the importance of reactivating the country’s cultural industries, highlighting also funds extend a lifeline to creative agents across the country. “We will be the government that has invested most in culture and that promotes the Orange Economy,” he said.

ReactivARTE also encompasses a slate of ministerial entities, funds and programs, National Planning Department, Bancoldex and Territorial System of Royalties. This private-public alliance will allow cultural and creative sectors to maintain their venues, salaries and productions. Included in the government’s budget is the development of creative districts and Orange Development Areas (ADN). These areas will be able to continue promoting emerging technologies and cultural experiences at the heart of the Orange Economy.

“Creative districts dynamize cultural activity based on inclusive urban renewal and aligned with the diversity of territories,” stated Buitrago, adding that because of ReactivARTE more than 500 start-ups have received a seven-year income tax exemption and were able to add 4,780 creatives to the labor workforce. The Minister also confirmed that 18 international movie productions have been approved in the last twelve months and are currently being filmed in locations across Colombia. These productions will also generate 12,000 much-needed jobs for the country’s much-acclaimed audio-visual sector.