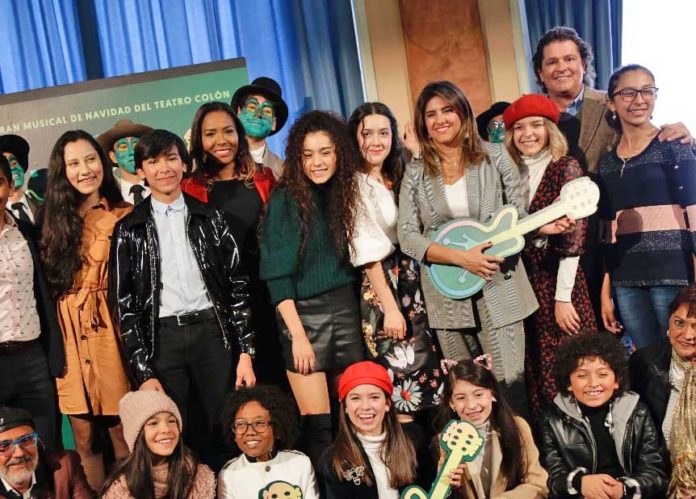 Carlos Vives is, without doubt, Colombia’s Ambassador of song, filling stadiums with his unique take on vallenato fused with contemporary sounds from rock to pop, folk and reggaeton. Dominating the country’s airwaves for more than two decades since the release of his 1993 classic Clásicos de La Provincia, the multiple Grammy Award-winning artist has teamed-up in recent years with other recording superstars.

Vives now embarks on a new creative journey with a musical based on the children’s stories of the late 19th-century poet Rafael Pombo. Called Pombo: El Musical, Vives’ original compositions will be staged at the Teatro Colón over the Christmas season, with its premiere on December 6. Scored for children’s voices “Pombo” tells the story of Macario, a boy who relives the fables and poems of the Bogotá writer who began his career in New York.

Adapting some of Pombo’s most famous fables to his characteristic vallenato rock, among them Rin Rin Renacuajo, La Pobre Viejecita and Simón el bobito, Pombo is being hailed as a sonorous family spectacle, played by a cast of young actors under the musical direction of Juan Carlos Mazo. “Pombo is an exercise for the mind, and a very important one for the cognitive development of our children,” remarks Vives. “It is very valuable for our society because Pombo has left us a wonderful legacy. Pombo never goes out of style.”

With 29 presentations, Pombo draws on history to recreate a dreary Santa Fe de Bogotá of 1842. With the use of special effects, including video mapping, the musical molds a fantastic universe of characters. According to director Juan Carlos Mazo: “Art design is fundamental in this story because it navigates between two universes, the imaginary of Macario, our historical protagonist, and Bogotá engulfed in cholera and civil strife.”

Tickets for Pombo: El Musical cost $30,000 and 70,000 pesos and can be obtained at the theater’s box office or through online agents www.tuboleta.com.

B Capital captivates Bogotá for three nights of runway fashion and...