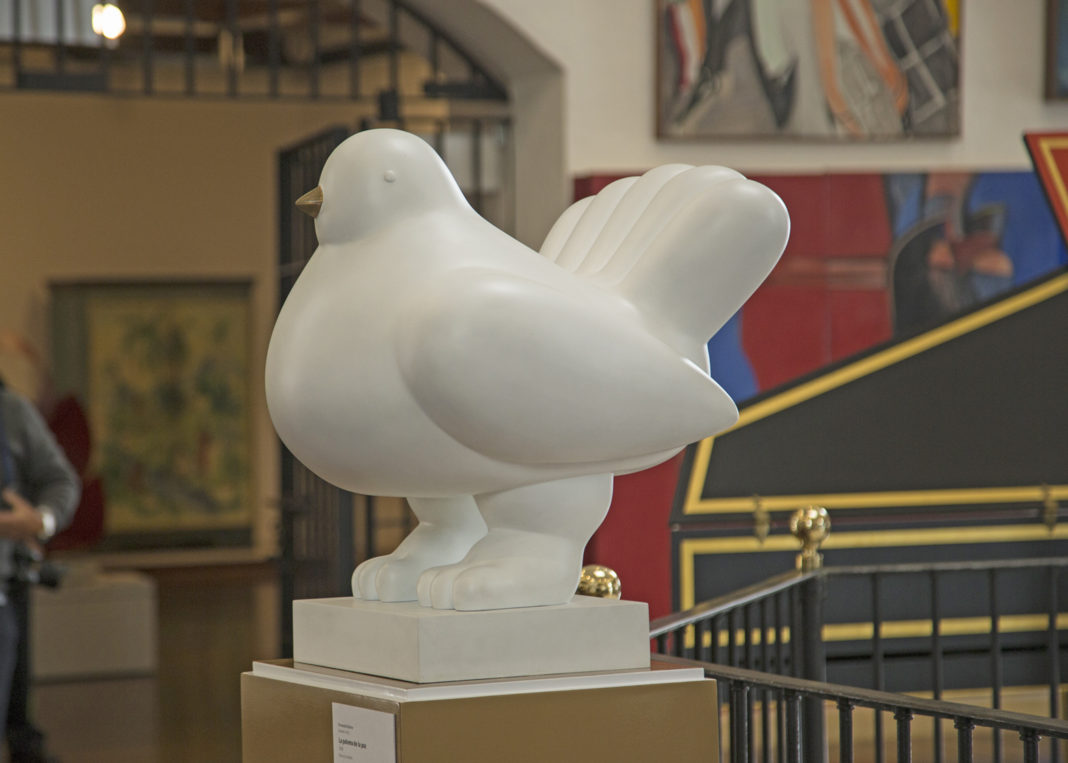 There is a bird that every visiting dignitary to the Presidential Palace in Bogotá has been introduced to, many posing next to the robust white dove for an official photograph.

Named “La Paloma de la Paz,” the Bird of Peace is the work of the renowned Colombian sculptor and painter Fernando Botero, and was donated to the Casa de Nariño in September 2016, when the government of President Juan Manuel Santos was in the final year of peace negotiations with the country’s largest guerrilla group, Revolutionary Armed Forces of Colombia (FARC).

But the 70 cm-tall drove has flown from the Casa de Nariño to the nearby Museo Nacional to be permanently exhibited in the country’s most important museum. “We are responsible for not only looking after the sculpture but also peace,” remarked the museum’s director Daniel Castro.

The bird’s arrival at Museo Nacional coincides with the commemoration of the country’s 208 years of Independence, July 20. The delivery was presided over by First Lady María Clemencia Rodríguez de Santos; the Minister of Culture, Mariana Garces Córdoba and museum director Daniel Castro Benítez.

An estimated 400,000 people visit the Museo Nacional every year and will now be able to appreciate Botero’s iconic work in the main rotunda. “The dove moves to a place where it will have more vision, where it can fly. It is definitely our symbol of peace, peace of all Colombians,” said the First Lady.

Botero donated his sculpture to express support and solidarity with the peace process that was signed into effect in November 2016 between peace negotiators of FARC and the government, ending more than a half-century of conflict.

As one of the most important artistic acquisitions in recent years for this cultural institution, the arrival of the Bird of Peace will also be celebrated within the framework of the museum’s 195 years and prelude to the exhibition “El joven maestro. Botero, Obra temprana (1948-1963),” that opens to the public August 4, 2018.