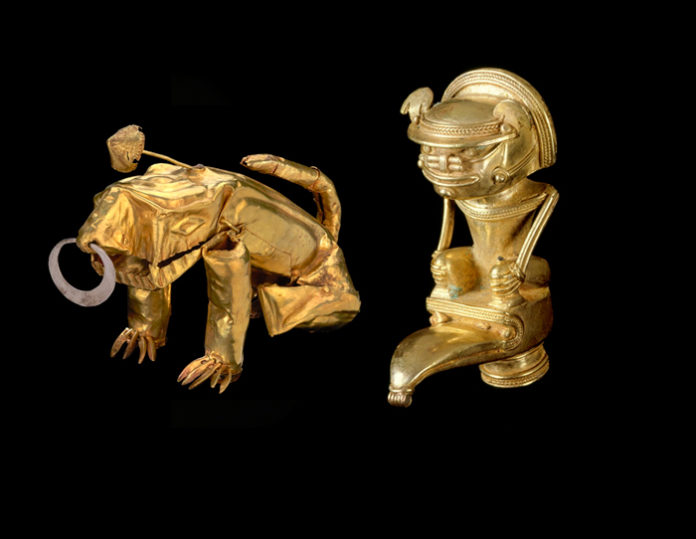 On August 3, the National Museum of Korea, in Seoul, will inaugurate the exhibit “Spirits, Gold and the Shaman,” with 322 pre-Columbian pieces housed in the Museo del Oro – Gold Museum – in Bogotá.

In a first-ever showing in the Asian country of Colombia’s gold patrimony, the exhibit explores the relationship between nature and shamanic beliefs practiced by different indigenous societies that inhabited what is today Colombia. Anthropologists María Alicia Uribe and Roberto Pineda Camacho were in charge of curating the show that also includes ceramics and carved lithic artifacts.

Between 500 B.C. and 1500 A.D, metallurgy was used by indigenous societies to express complex political, social and religious hierarchies and shamans were a direct connection with the spiritual world. The pre-Hispanic goldsmiths of Colombia are considered by anthropologists as some of the most elaborate in ancient America and their representations include masks, pectorals, nose rings, pendants and pear-shaped poporos. On many of these items, appear images of men, women and animals. “In the iconography, there are images of humans, and “zoomorfas” or compositions of men-animals,” states Pineda in the curatorial text. The show’s narrative will be accompanied by photographs, videos, maps and a time chronology, in order to enrich the understanding of pre-Hispanic goldsmiths for a foreign audience.

Before the opening next month in Korea, Spirits, Gold and the Shaman was shown at the British Museum in London, Grand Palais in Paris and in 2017, the Museum of History in Nantes, France. Spirits, Gold and the Shaman is the third exhibition that the National Museum of Korea has dedicated to a Latin American country. The National Museum is also the most important traditional cultural institution on the Korea peninsula and its collection consists of approximately 135,000 pieces of which 12,000 are exhibited to the public. The exhibit runs until October 28. 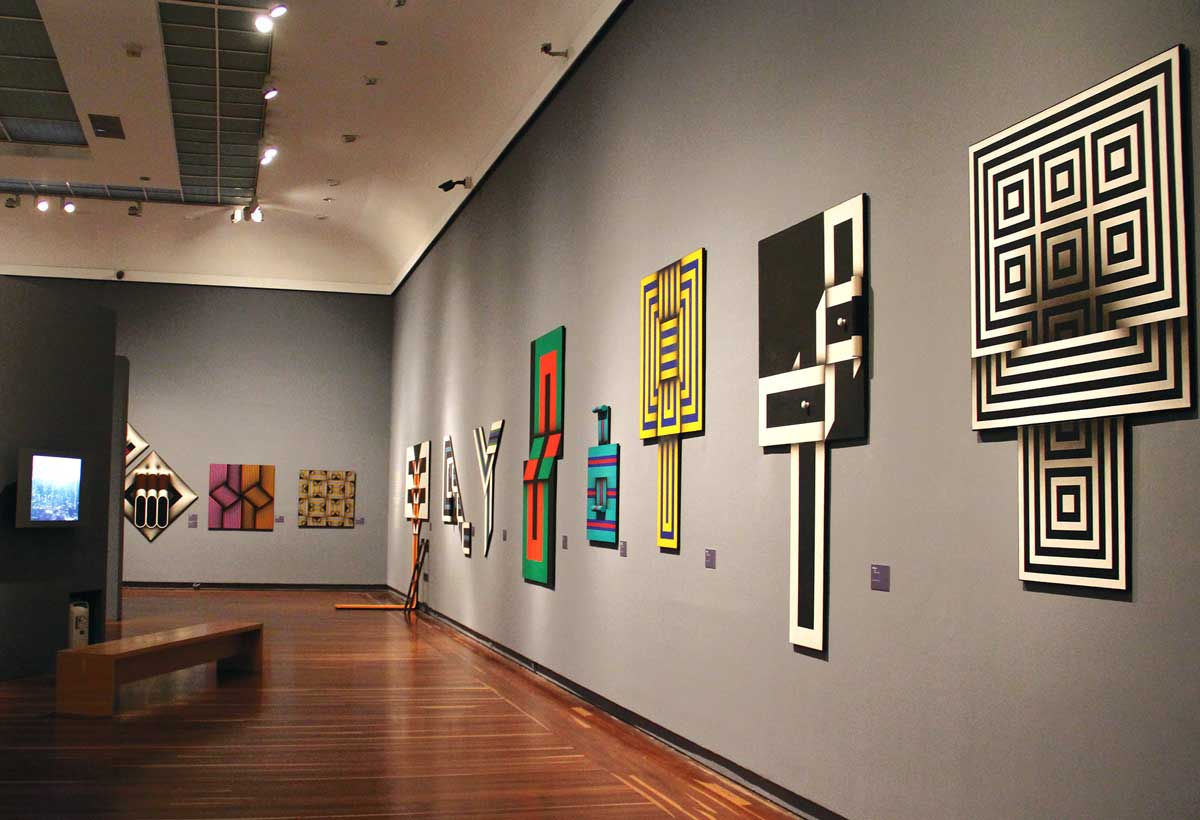 Omar Rayo and his vibrant geometry