We begin with the Museum of Modern Art of Bogotá (MamBo), which for decades under the helm of Colombia’s great dame of culture, Gloria Zea, recently changed hands and artistic direction. The MamBo’s first exhibition sans Zea comes courtesy of the Vienna-based Thyssen-Bornemisza Art Contemporary (TBA21) and is entitled ‘Atopía. Migración, legado y ausencia de lugar (Atopia. Migration, legacy and the emptiness of space).

The works explore the growing interest among contemporary artists to narratives of place and influence of both local and global cultural practices. Thyssen-Bornemisza Art Contemporary (TBA21) was established in 2002 by Francesca von Habsburg.

TBA21 represents the fourth generation of the Thyssen family and their continuing commitment to the arts and disseminating ambitious pilot projects that defy traditional categorization.

Atopía was developed in collaboration with Guadalajara’s MAZ in 2014, and which launched a series of artistic joint ventures with leading institutions across Latin America. Now it’s MamBo’s turn.

The exhibition also examines ways in which a collection of 21st century art is built around a diversity of individual experiences to cultural forces and realities. Atopía takes audiences on a tour de force of our constantly changing political and economic realities and those, which in the hands of artists, give meaning to new narratives of origin and our common heritage.

The pioneer of photojournalism who influenced Cartier-Bresson, Capa and Brassaï moves into the third floor of the Museum of Art of the Banco de la República for the next four months. A landmark retrospective awaits.

Born in Hungary in 1894, André Kertész is recognized as one of the great masters of 20th century photography and a master of the photo essay, a genre he pioneered. From the trenches of World War I, where he was sent as young solider (and injured) to his last images of daily life on London and New York streets, Kertész’s pictures are first-person accounts, which capture the poetic and extraordinary potential of life.

The exhibition follows the critical stages in Kertész’s life: starting with Budapest and his amateur snapshot photography while working as a clerk at the local stock exchange. Then, war and the death of his companions in the trenches of the Austro-Hungarian Empire.

In 1925, he moved to Paris to start a new chapter in life and a prolific career as a freelance photographer. Speaking little French, he took to the streets, observing and developing an intimate approach to imagemaking. He also met and began to photograph other artists, including Mondrian, Chagall, Colette and Brassaï.

In Paris, he made his most famous series, Distorsions, held his first solo exhibition at the gallery Au Sacre du Printemps and published the book Paris vu par André Kertész.

His acclaimed photographic distillations of French cultural life and portraits of modernists such as Léger, Brancusi and Man Ray, revealed the impeccable eye of an artist who, in his own words, “wrote with light.”

But the storm clouds of National Socialism forced Kertész to leave Paris in 1936 for New York. That same year, he signed a contract with Keystone photo agency and began a career of editorial and commercial work for magazines, such as House & Garden, Harper’s Bazaar and Vogue.

The exhibition houses 189 black and white images selected from over 100,000 negatives and 1,500 slides. The collection was organized by the Jeu de Paume gallery in Paris, the Ministry of Culture and Communications of France, and Colombia’s central bank, Banco de la República.

Admission to the exhibition is free. 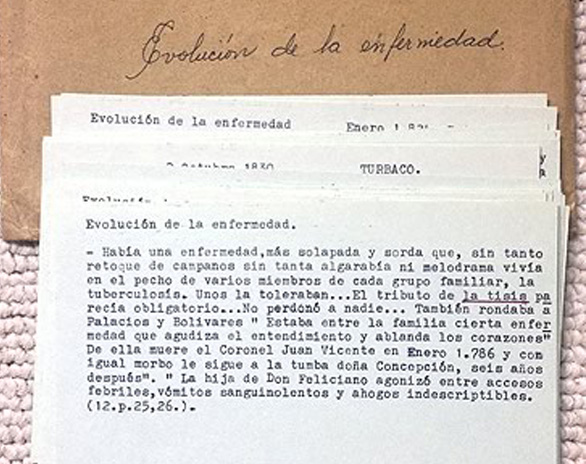