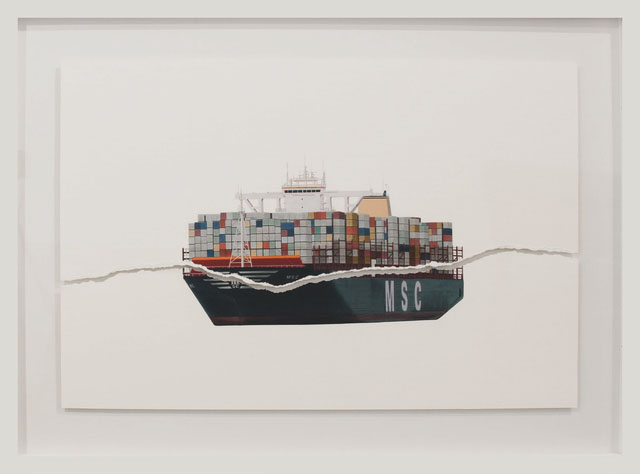 The Bogotá-based art gallery La Cometa is showcasing the works of two artists who decontextualize symbols, and through their graphic narratives, reflect on the meaning of capitalism.

As the world faces a health crisis with COVID-19, artists Alejandro Sánchez and Adrián Gaitán demonstrate the serious structural flaws in the economic approaches on which societies are founded. A stock market with the highest losses since its creation, globalization interrupted by the forced closure of borders as well as the total collapse of the price of a capitalist symbol as powerful as oil, are just some of the phenomena that mark the destabilization of the economic models implemented in the contemporary world.

This exhibition brings together different approaches, but which share a constant reflection regardless of medium. It is also a vision from an underprivileged country where symbols are associated with consumption, luxury and disposable culture.

“Some Economies” is the title of a compendium of works created by Alejandro Sánchez, where the leading presence of the container is used to exemplify the ephemeral and brittle structures that we usually associate with solidity and immutability. Wood, paint, plastic and cold-roll are some of the materials used by the artist to simulate the rigidity of the metal used for the construction of containers that transport of merchandise. His representations are marked by the logos of transport companies, ships and containers, which are always represented adrift or about to be shipwrecked, as an allegory of the detriment of our contemporary economic system.

Likewise, Adrián Gaitán’s work is focused on the remake of symbols
and iconic images from western art, as a way of rethinking on the aesthetic reference that Europe represents to Latin America.

His work is characterized by the use of recycled materials and oil derivatives such as motor oil. Gaitán has used these elements in order to explore his interest in the fact that oil, one of the greatest symbols of capitalism, has managed to permeate several spheres of our everyday life, including the arts and culture.

Galería La Cometa / Online exclusive from May 20th to Jun 30.