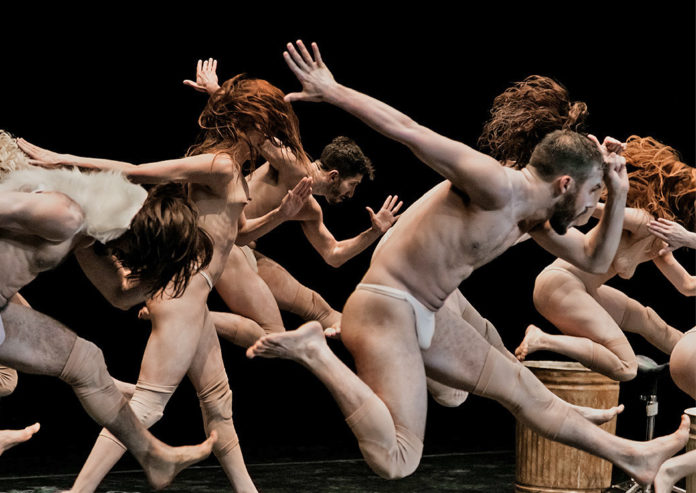 Bogotá delivers 13 dance-filled days with the 12th edition of Danza en la Ciudad, one of the largest festivals of this genre in Latin America. Welcoming 600 artists to the capital, attendees will enjoy 70 performances by some of the country’s leading dance companies from November 5 to 17. In the international line-up are acts from Brazil, Spain, France, Mexico, Japan, Canada, and Switzerland.

For this year’s edition of Dance in the City, the district also selected 33 local companies given their unique and innovative styles that will take to 31 stages set aside for the festival. The launch party took place on November 5 at Teatro Jorge Eliécer Gaitán with an exciting work that explored the relationship between the body, music and the stage. All genres of this art form are present at the festival, from classical ballet to contemporary, urban and performance.

The renowned classical ballet dancer Kaori Ito joins her father Hiroshi Ito on the stage of the Gilberto Alzate Avendaño Foundation (FUGA) with work entitled “I dance because I do not trust words.” Hiroshi is a Toky sculptor who studied theatre, staging and set design. In a one hour performance, the duo rediscovers affection and the true meaning of family bonds. This free performance takes place on November 6.

The 11 male dancers of France’s Compagnie AccroRap make their Bogotá debut at Teatro Jorge Eliécer Gaitán on November 7 with their waltz hip-hop creation The Roots. This culturally inclusive company founded by artistic director and choreographer Kader Attou has received critical acclaim on the international dance circuit.

Canadian dance company Marie Chouinard joins forces with the Jheronimus Bosch 500 Foundation to present El Bosco: El Jardín de las Delicias (El Bosco: The Garden of Earthly Delights), a work based on the Flemish painter’s iconographic works. This dance/theatre piece, commissioned for the 500th anniversary of the artist’s death comes to the Teatro Mayor Julio Mario Santo Domingo on November 8. Marie Chouinard is the director of dance at the Venice Biennale.

With the heading Un lugar de lo distinto (A place for the different), Brazil is represented by the troupe Ballet Jovem Minas Gerais, founded in 2007, a respected academy known for high-voltage dance. The Ballet Jovem with Notorio/Ritos will perform at the Gaitán on November 9.

“When I’m Not Around” is the proposal of Venezuelan dancer Johann Pérez Viera and created with Spain’s La Cerda. The work explores the absurd, paranoid, and frantic side of the Latin American imaginary. When I am not around will be staged at the Cinemateca Distrital on November 9.

The Ibero-American creative arts laboratory 4×4, whose members are convened by dancer and choreographer Shanti Vera, will showcase their experimental proposals which in Mexico has resulted in multiple awards. The dancers will perform on November 14 at FUGA.

The Folkloric Ballet of the University of Colima, founded in 1980 by choreographer and sculptor Rafael Zamarripa Castañeda, presents Legacy that transcends,a mosaic of traditional ballet from different regions of the country. This celebration of Mexican folklore comes to the Teatro Jorge Eliécer Gaitan on November 15.

For the complete program visit: www.danzaenlaciudad.gov.co