Home Culture Body and dance in the era of coronavirus: A view from Colombia
Twitter
WhatsApp
Linkedin
Facebook 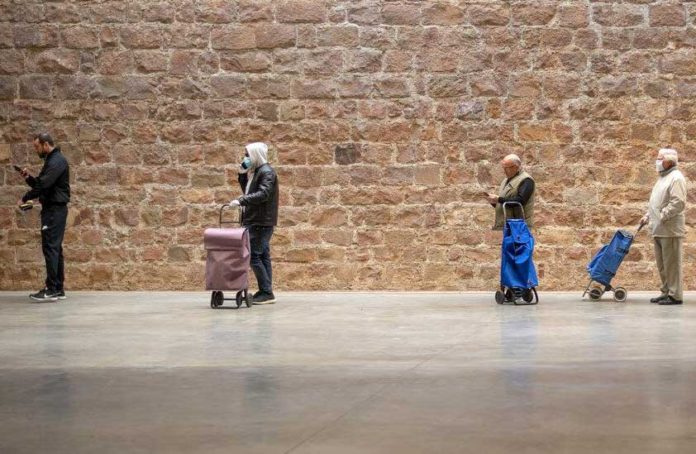 “There was not one amongst us who looked forward to being born. We disliked the rigors of existence, the unfulfilled longings, the enshrined injustices of the world, the labyrinths of love, the ignorance of parents, the fact of dying, and the amazing indifference of the living in the midst of the simple beauties of the universe. We feared the heartlessness of human beings, all of whom are born blind, few of whom ever learn to see.”

I  am writing this article in the midst of the most absolute perplexity, trying to imagine what will our lives be like in the post pandemia days… for those who will survive. It’s common knowledge that postwar is even more traumatic and painful than war itself. And that’s what we’ve been told—that we are waging a war against an invisible enemy, against a deadly and uncontrolled force that has madly unraveled in all corners of the world and in all the corners of our scared and cornered bodies. A few days ago, Colombian historian Diana Uribe invited us not to give up: she said that it was just our bodies that were confined; not our minds, our spirits. But for those of us who see no boundaries between our physical/mental/spiritual bodies, this prison of fear, uncertainty, news (truths and post truths) and Trumpian fake news, statistics and maps of horror, Diana Uribe’s solace is rather thin: each one of us, with our masks and our Damocles’ swords in our gaze… ask each other from our tragic distancing: “Who’s next? You or me? Don’t come too close!”

Nature has challenged us like never before: but how could we not have foreseen it? The arrogance of Human Beings (as in Okri’s text), kings and queens of creation, have crumbled and humbled us like never before. It is not an earthquake, or a tsunami, or a planetarian hecatomb that has forced us to our knees. The threat comes from deep within us, from our deepest and most remote cells: we spawned the evil and we are inoculating it to one another: it is a body-to-body combat with no winners…we are all victims…all losers. “Sometimes you win and sometimes you…learn.” Let us hope this deadly pandemia will teach us the lesson…for good.

Social distancing and the Japanese concept of MA

During the early 1980s, as an aspiring dance student in New York City (at the dawn of the AIDS plague), I became aware, thanks to my Korean master and partner, Cho Kyoo Hyun, of the Japanese concept of MA; an idea ingrained in their culture and in all aspects of life: MA is regarded as pause in time and as an interval or emptiness in space; no, it is not a notion of negative voidness, on the contrary, it is perceived as a “pregnant nothingness.” It is a dimension full of energy and meaning: in music it is the silence between the notes and the sounds; in architecture the space between the columns; in painting, the empty space around the image; in conversation, the gap between ideas and words; in theater, the dramatic pauses between the actor’s lines; in dance, the preparation before movement, the nuances and suspension and, at the end, the resonance, the echo…stillness.

For a dancer stillness is not the absence of movement: On the contrary, stillness (immobility) is the quintessence of movement. Movement in its pure state. The concept of MA is also present in interpersonal relationships: in Japan, (before coronavirus), social distancing was already very alive in their culture: it is the bubble of privacy, intimacy, secrecy to which every human being has a right. MA is also emptiness full of possibilities: a promise that awaits to be fulfilled.

A Japanese poem explains it clearly:

“Walls and doors shape the house.

the space between them

During the years 2007-2011, EL COLEGIO DEL CUERPO (The School of the Body) conceived for Cartagena’s educational system The Project MA: My body, my home, financed by the Japanese Social Development Fund (JSDF) through the World Bank’s Education Department.

This initiative was aimed mostly at children and youngsters belonging to Cartagena’s most vulnerable communities – those who have been displaced because of Colombia’s civil armed conflict and those who always have suffered poverty. The project sought to offer tools to shield them against the multiple threats they face in these underprivileged neighborhoods. The goal was to make them aware that their own bodies are sacred habitats and havens of dignity, self-respect and respect for others: their body as space/time (MA) where they could discover other notions of wealth/health, completely unknown to them: silence, stillness, privacy, intimacy, hygiene, the ethics/aesthetics of care, amongst many others.

Most of these children come from contexts where they do not experience these possibilities and opportunities. Domestic violence, overcrowding, noise, promiscuity and sexual and drug abuse are their daily bread. A sophisticated, exotic and necessary idea as the Japanese MA, offered them a new vision of their lives. Through meditation, exercise, breathing, concentration techniques and other languages of Art, as well as theoretical workshops with experts on all these subjects and issues, the education of the physical/mental/spiritual body was introduced in the curriculum.*

In these dark days, in which social distancing is the only proven antidote to halt the spreading of the virus, the Japanese concept of MA comes to my mind: in the supermarket queues, the conversations with our neighbors, the hands we cannot shake and the hugs we cannot share, we start to feel the devastating power of the void and the solitude of human condition; each one of us in his or her (our) own life and death bubble (alone!) in front of his or her (our) own destiny. This sort of negative MA has been imposed on us by way of this violent reality that we cannot stop or change.

For those of us who work with/in our bodies as our primordial tool and language, times approaching, until the beast will be defeated, are uncertain and scary: When will we be allowed to touch each other again? When will my neighbor’s (or dance partner’s) saliva or sweat droplets cease to be a threat? When will we be able to share our work on a stage with hundreds/thousands of spectators who come to see us? Will my/body recover someday the trust in the body of some/body else? Will we be able to see ourselves again as cells of a healthy social body, not anymore frightened and lonely, but co-responsible and compassionate?

Dance, as a form of corpo/real communication in the era of coronavirus, will be forced to find poetry in distancing: the intervals and pauses of a compulsory MA where we will have to create and find inspiration in absence, solitude and presage. Visionary French poet and playwright Jean Genet forecasted it in his amazing The Tightrope Walker: “…Do not dance for us but for yourself. It is not a whore we come to see in the circus but a solitary lover, spared and vanished on the rope. Always in the region of hell. It is your solitude that will haunt us.”

*We can visually identify with the meaning of Ma from its Japanese kanji symbol.

Together these two characters depict a door through the crevice of which the sunlight peeps in.

About the author: Álvaro Restrepo is the founder and director since 1997 of El Colegio del Cuerpo (The School of the Body) in Cartagena de Indias, Colombia. The Colombian dancer, choreographer and educator is one of the pioneers of contemporary dance in Colombia.

In 2016, Restrepo participated in the Social Integration through the Arts (SITA) conference at Harvard (HGSE Arts in Education/David Rockefeller Center for Latin American Studies). He is also a guest teacher at the Harvard Dance Center.

Álvaro Restrepo has also been profiled on the front cover of The City Paper.