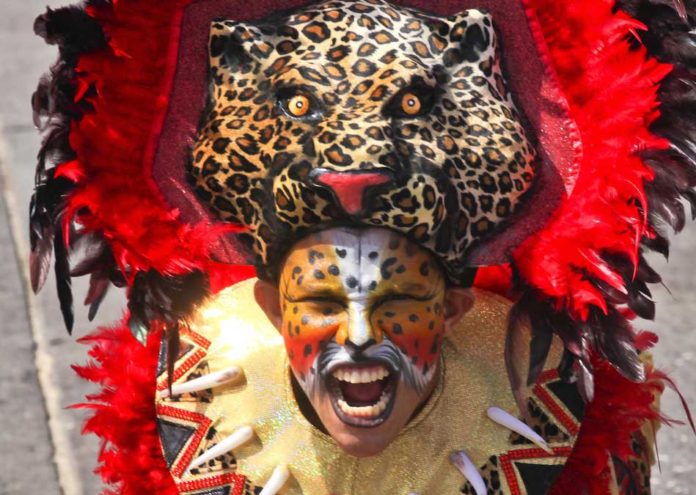 Colombia’s largest street party takes place far away from Bogotá’s Carrera Séptima, 1,000 km north along Vía 40, Barranquilla’s busy thoroughfare, where on February 22, the UNESCO-listed Carnaval de Barranquilla will trailblaze with all its bling and glory.

Taking place over four rumba-infused days and nights – until Joselito Carnaval is laid to rest on Shrive Tuesday, Colombia’s most internationally renowned festival draws huge audiences, given its colorful amalgamation of African, Indigenous, European and Middle Eastern traditions. To enjoy the festival, dress accordingly, because in a street party with throngs of gyrating dancers, you’ll likely be doused with foam, flour and the occasional cold cerveza.

Since rolling out the red carpet for King Momo in 1888, the Barranquilla Carnival has consolidated itself as one of the most vibrant in the Americas, and even though the main street festivities begin February 21 with “Baila la Calle” (5:00 pm) along Carrera 50, followed by the inaugural concert at the Romelio Martínez stadium, on Saturday, the Batalla de la Flores hits the Vía 40.

The Battle of the Flowers is the oldest parade in the legendary carnival, dating back to 1903 to commemorate the end of the 1,000 Day War, the three-year Colombian civil war between conservatives and liberal factions. With floats decked with flowers and musical ensembles accompanying floppy-eared Marimondas, black tar faced Negritas Puloy and jesters of the inner court, the Battle gives way on Sunday, February 23, to the Gran Parada de Tradición y Folklor, characterized by dances to the beat of cumbia and porro.

On Monday, February 24, there are more floats and revelry along Vía 40 with the Gran Parada de Comparsas, showcasing the many cultural manifestations that make this port city one of Colombia’s most interesting “melting pots.”

As February lands in the middle of the coast’s summer, temperatures soar, and while street parties extend themselves late into the evening, the city is home to many great restaurants and bars, many serving traditional snacks during the Carnival season. Among the favorite deep-fried foods (fritos) is the carimañola patty filled with ground meat or farmers’ cheese. These torpedo-shaped fritters are best enjoyed with coastal sour cream (suero costeño) and a splash of chili sauce. And if you’re looking for a hearty breakfast with arepa de huevo, sausages and slices of pork rinds, Barranquilla’s cholesterol fixture and a local favorite is Narcobollo (Cra 43 No.84-188).

For lunch, make sure to visit the city’s culinary landmark La Cueva, which during the middle of the last century was the favorite watering hole for the so-called Barranquilla Group, made up of Latin American literary voices Gabriel García Márquez, Alfonso Fuenmayor and Álvaro Cepeda Samudio. A chosen haunt for writers, the Group expanded to include painters, most notably Alejandro Obregón, who during one drunken episode fired-off his rifle riddling the roof of the cultural establishment in bullets.

Today, visitors can appreciate the vintage photographs on the wall and a work by the acclaimed naïve painter Noé León on the mural in the main dining room. La Cueva’s menu is mostly seafood, from stews (cazuela) to grilled fish. And don’t let the “shack” façade and iron billboard dissuade you from stepping in, because La Cueva (Cra 43 No.59-03) embodies all that is festive and worth celebrating in Barranquilla.

Home to one of the largest Lebanese communities in the country – Barranquilla’s port served as a gateway for textile traders and merchants – another obligatory dining stop is the Middle Eastern restaurant Sarab (Cra. 52 No.85-51) owned by Zackie, Ecine and Tony Al Rahbani. Paying honest tribute to their Levantine roots, Sarab offers traditional home-cooked dishes with starters that include Kibbeh, Falafel, and hummus (Cra.52 No.85- 51).

Barranquilla’s cosmopolitan flair is enduring, and given this city welcomes immigrants from around the world, there is no shortage of French and Italian restaurants to choose from, as well as American grills and diners.

For last-minute shopping, head to the district of Alto Prado, with its Miami-esque vibe and malls catering to the beautiful and affluent. No trip to La Arenosa (The Sandy One as Barranquilla is fondly called) is complete without a waterfront view of the river that shaped this nation’s history – Río Magdalena. Reserve a table at the yacht club Club de Pesca (Vía 40 No.67-75), and enjoy fine dining with a spectacular sunset included.

With Saint Valentine’s sharing the same month as Barranquilla’s legendary Carnaval, February is an ideal month to enjoy the capital of Atlántico, and even though the carnival only lasts four days, in this city, welcoming the world is a year-long commitment. 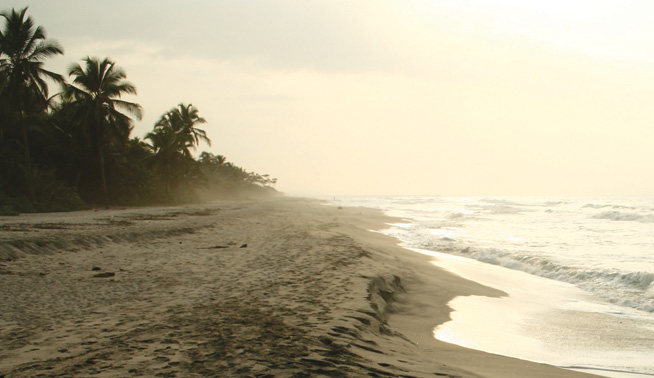