The daily news of this country’s internal conflict sadly overshadows the personal sacrifice so many of Colombia’s young men and women make in order to keep us from harm’s way. In its 25th year, the Corporación Matamoros would like to reminds us of this; that by putting our soldiers first, we create a more just nation.

The 8th edition of the art auction Subasta de Arte ‘Obra con Valor’ on May 20 is a high profile event to celebrate creativity and human valor. The auction will feature works by more than 60 Colombian artists all to benefit soldiers wounded in combat. The auction at the Club El Nogal is expected to raise more than $600 million pesos and valuable funds needed to provide rehabilitative treatment, physical therapy and educational opportunities for 300 soldiers.

“Despite their physical difficulties, these men and women are ready to move forward through rehabilitation and education and continue following their dreams and working toward a better country,” claims Gladys Sanmiguel, director of the Matamoros Corporation, of the dedication and indomitable spirits of the auction’s beneficiaries.

In organizing the fundraiser, Sanmiguel and Matamoros Corporation have assembled a veritable “who’s who” of Colombian fine art. Participants include Guillermo Wiedermann, Ana Mercedes Hoyos, Freda Sargent, Antonio Samudio, Catalina Mejía and Pedro Ruiz, among many others. A piece by Pablo Picasso and a photo of Frida Kahlo taken by Colombian photojournalist Leo Matiz (1917-1998) will also be up for bidding. The collection is curated by Pilar Cabrera.

Celebrating a quarter century of improving the lives of veterans, the Matamoros Corporation is a Colombian non-profit organization dedicated to supporting members of the national armed forces and their families. The organization helps provide new opportunities and better lives through education, physical and emotional rehabilitation and a variety of other services to wounded veterans and the families of those killed in combat.

According to Sanmiguel, Matamoros helped more than 7,500 soldiers over the past five years through training and education programs and placed more than 1,000 in new jobs. Finding stable work can be a particularly critical challenge for disabled soldiers, many of whom have little formal education.

Colombia has the world’s 26th largest standing public armed forces, with almost 450,000 active duty members as of February 2013 according to the Ministry of Defense. The number of soldiers wounded in combat reached a ten-year high in 2012, with 2,377 members of the armed forces sustaining injuries. There were 377 casualties reported last year.

As long as the nation’s armed conflict continues, soldiers will inevitably face the challenge of adapting to life after combat, particularly those who sustained injuries during their service, but the Matamoros Corporation stands ready to offer hope that the wounds of battle need not hinder the bright futures of Colombia’s bravest men and women.

To bid on a work of art, contact Corporación Matamoros at (+57) 1-617-9788 or browse the works of art offered at:  www.corporacionmatamoros.org 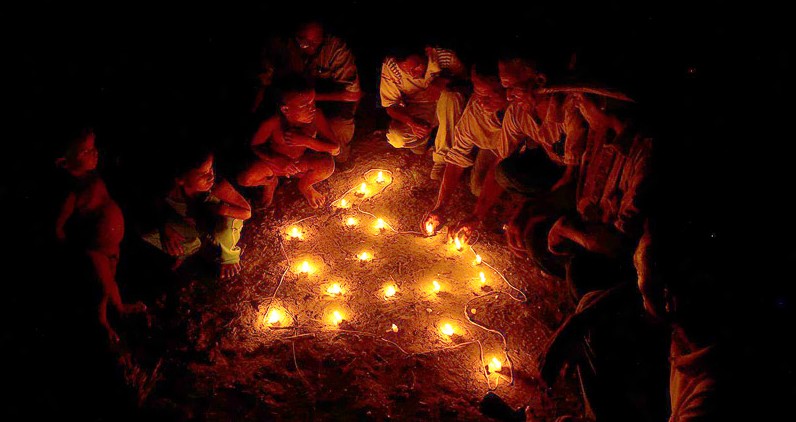