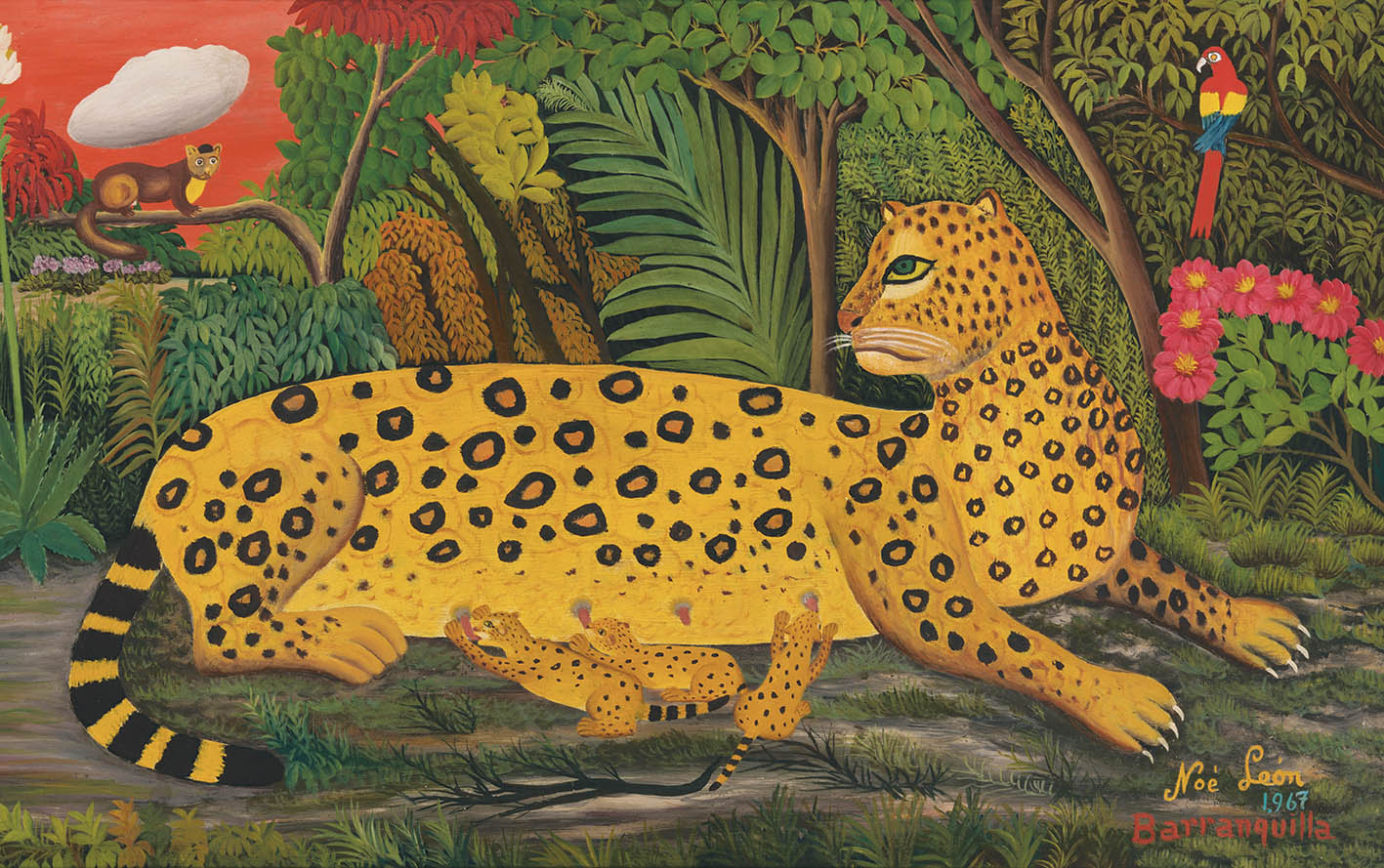 When you think of primitive art, also known as naïve art, one tends to gravitate towards puzzle box covers and Autumnal scenes on posters in a dentist’s office.

Often snubbed at by art curators and galleries, primitivists are a misunderstood lot, their simplicity shunned, their perspectives undermined. In the United States, the genre was best embodied by Grandma Moses, whose simple realism and luminous color portrayed homely farm life and the countryside. Grandma Moses, whose paintings hang in museums across the United States, in Vienna and Paris, painted her first work at age 76.

Grandma Moses’ legacy was a blessing to aspiring primitivists – but also a curse. Critics viewed this art form as a brief interlude in greater art movements, as many works were created by those who lacked formal training. Only at the turn of this century did Paris’ Louvre host the “primitive” when it opened a collection of tribal art from Africa, Asia and the Americas. “The era of disdain is over,’’ noted the renowned French collector Jacques Kerchache to The New York Times. “Primitive art has finally entered the Louvre.’’

Many great masters were inspired by the exotic and reverie of sultry landscapes, such as Paul Gauguin with his bold palatte of Tahitian women, Paul Cezanne’s “Club Med” villages and Henri Rousseau’s moonlit jungles.

Rousseau was an entirely self-taught painter whose surreal take on rainforests exemplified a childlike style which evolved organically on this side of the Atlantic, most notably with painters juggling other trades in small towns. And they used the materials available to them at the time, from acrylics to watercolours and storefront vinyls. They painted because it was an occupation, regardless if their vignettes had perspective or if bodily proportions were technically correct. They captured on their canvasses or wooden surfaces, the landscapes they walked, the passing of steamboats down the majestic Magdalena River, the village hunting party.

The Luis Angel Arango Library has also gone to the primitivists with a three- month exhibition titled “Aparente ingenuidad” (Apparent ingenuity). The works on display belong to the Art Collection of the Banco de la República and under the curatorship of historian Sigrid Castaneda. The exhibition showcases the works of nine Colombian primitive painters who excelled during the second half of the twentieth century and earned their “naive” status by embodying the authenticity and simplicity in the way they looked at the world.

The artists of the exhibition are themselves worthy of admiration and seem taken from fiction, such as Villa María (1909 – 1991) who worked as an assistant to an Apothecary and after falling in love with a painter 32-years younger than her, began to draw portraits and religious images. Marco Tulio Villalobos (1910-1990) was a renowned soccer player and goalie for the America de Cali team, and be- came a painter at age 60. The best known of them all – yet still a relatively enigmatic character of Colombia’s “primitive” landscape – is Noé León (1907-1978); a journeying Santanderaño who worked as a cobbler, peddler and house painter before embarking on a life capturing the Colombian countryside, especially daily- life along the costa.

In León’s stoic repertoire there is a direct influence of Rousseau, also known as Le Douanier (The customs officer). León most likely felt akin to the French master, given the fact, he started out as a policeman in Ocaña and also never took a painting lesson during an impoverished life. Ten paintings by Noé León are included in the show.

The primitive collection of the Banco de la República began back in 2001, a year after the Louvre ended an era of “disdain.” The collection also includes older works, such as Death of Sucre (ca.1835) by Pedro José Figueroa and the woodcarvings “Souls of Purgatory” made anonymously by farmers from Cordoba. Other contemporaries of Noé Léon are also on display, such as Sofia Urrutia, Luís Fonseca, Diógenes Bustos, Darío Bénitez, Edison Lara, Alberto Velandia and Marcial Alegría.

The exhibition runs until August 22 and admission is free. “Apparent ingenuity” is a wonderful opportunity to look through the eyes of small-town primitivists at a bygone Colombia, steeped in stories and with plenty of exaggeration. 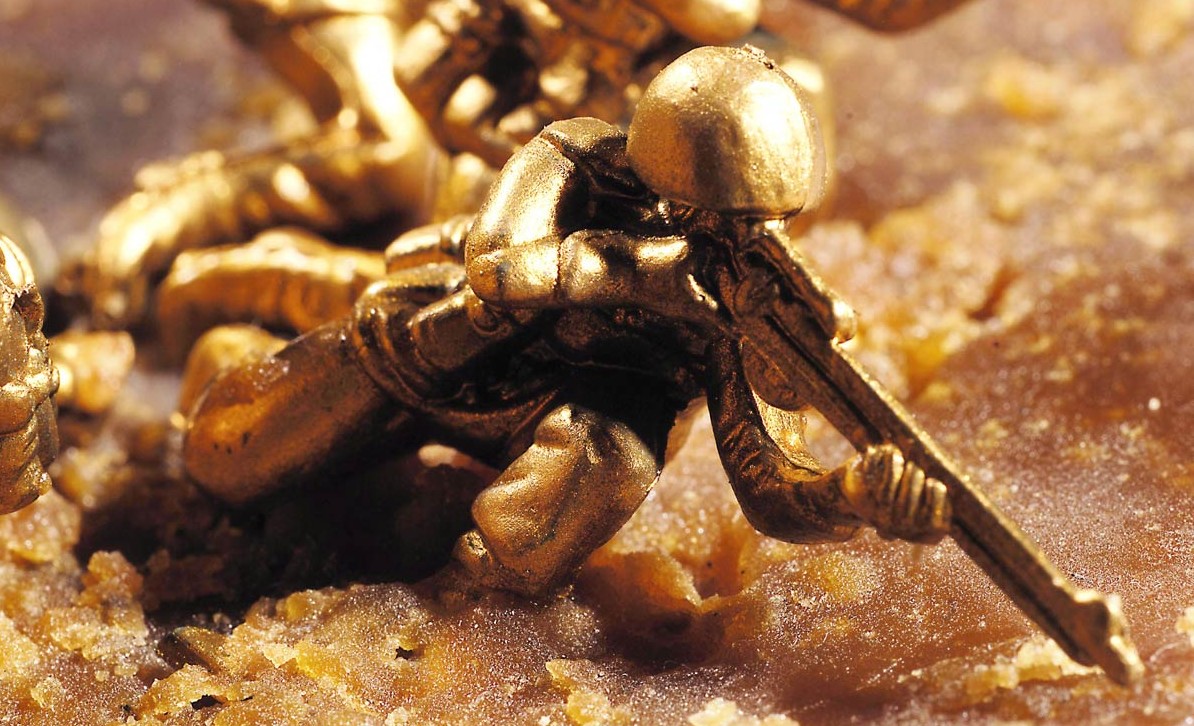 Panela: The New Gold of Colombia explores food and art