Elsa Zambrano’s “Museo imaginario en el Museo” is a museum like no other. For one, it houses most of the world’s greatest masterpieces, from ancient Egyptian statues to 1980s graffiti art.  The pieces on display are also a bit smaller than typical canvasses—shoebox sized, to be exact.  And there are a lot of little plastic figurines in attendance, including the cast of Star Wars and Woody from Toy Story.

In fact, this museum is a dizzying array of pictures, spectators, and pop culture trinkets. Here there are no boundaries between the viewer and the artwork—figurines admire paintings of themselves and little plastic artists paint smaller versions of a landscape that hangs above them. In the most disorienting of the displays, three miniature statues depicting the Three Graces from Greek mythology look at a picture of three nuns looking at a painting of them in the Louvre.

Zambrano, a native Bogotana, explains that this “imaginary museum” developed from her fascination with collections. As a little girl, she saved small medicine jars and other curiosities; later on, she began to accumulate postcards and plastic statues from art museums and street stalls every time she traveled.

At first it was a way to remember a trip to a foreign museum or a painting that had caught her attention.  Later, as she began to see the connections between the postcards in her collection, Zambrano started to curate her own miniature museum. Over the course of three years she painstakingly assembled each of the 40 boxes currently on display at the Museo de Arte Moderno de Bogotá (MamBo), looking for plastic figurines or postcards of iconic paintings that she could organize into diminutive displays.

In Zambrano’s exhibit, works of art interact with their subjects, their history, their cultural significance, and each other.  Zambrano emphasizes certain aspects of the paintings through her choice of figurines, like the Japanese doll sitting below a pair of Manet and Monet pictures to highlight their Asian influence, or the mini cello beneath a copy of Man Ray’s famous photograph of a woman’s back in the shape of a musical instrument. In others, Zambrano draws the viewer’s attention to the relationship between two works of art, or emphasizes the painter by placing his likeness in the foreground. Some, like three doll-sized replicas of Botticelli’s Venus arranged in a bell jar, simply provide a new angle.

“Many people have seen Botticelli’s Venus,” says Zambrano, “but nobody has seen her from behind.  It’s another perspective.” Zambrano’s exhibit is more than an artist’s whimsical fantasy, however. It’s a meditation on how the significance of great art has changed in a world in which everything, including artwork, has been commercialized.

Take the Mona Lisa for example. According to Zambrano, tourists go to see this masterpiece without actually looking at it.“It has turned into a popular thing that has nothing to do with the work of art,” she explains. “People want to take a photo with the painting; it’s a tourist attraction and nothing more.”

In Zambrano’s museum, the Mona Lisa hangs at the back of an installation surrounded by dozens of plastic Disney characters with their camera phones stretched out in front of them, trying to take a picture.

We see not only the painting, but also what it has come to represent.  And that’s not something you find in your run-of-the-mill museum.

The exhibit “Museo imaginario en el Museo” will be on display at the MAMBO until October 4th. 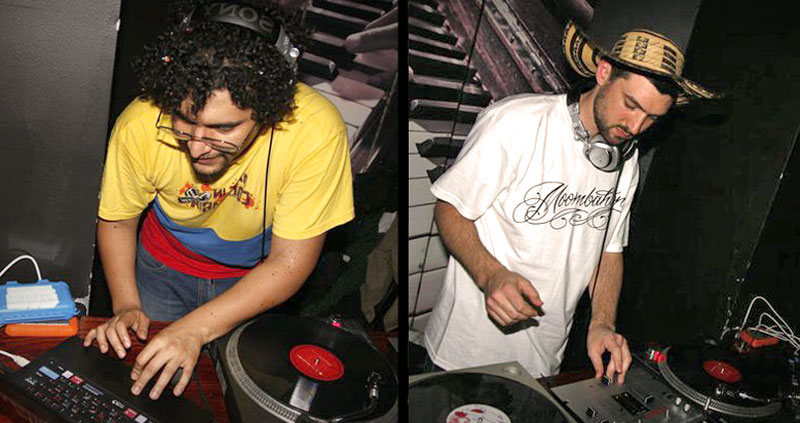