The austere façade of the Museo del Caribe gives little sense of the breadth, exuberance and joy of the contents within; a moving and thrilling tribute to the cultural, historical and environmental richness of Colombia’s Caribbean coast. Architect Giancarlo Mazzanti’s award-winning design emerges from the heart of Barranquilla’s Parque Cultural del Caribe, a symphony of glass, metal and stone reminiscent of some of his best-known work with public libraries in Medellín.

The museum’s content is arranged in an engaging fashion, with each of the five floors devoted to a particular theme. One begins the visit with “Nature” on the top floor, the door opening to a wide-screen projection of some extraordinary scenes from the rich biodiversity and landscapes of the Caribbean coast: mangroves; tropical rainforest; the mountains and coast of Tayrona and the Sierra Nevada de Santa Marta; sunsets over the Ciénaga Grande de Santa Marta; rich bird and animal life. As throughout the museum, one’s visual and auditory senses are engaged simultaneously: vivid colors and visual displays demand attention, while the cacophonous sound of the audiovisual installations – the sound of crickets, indigenous prayers, local dances and the spoken word all make similar claims. The “Nature” floor gives a helpful insight into the formation of the Caribbean coast, and the environmental factors, which have conditioned its development.

Moving down to the fourth floor, named simply “People”, an insight into the variety and richness of the coast’s people awaits the visitor, with portrayals of the multiple indigenous cultures who have lived in the Caribbean coast. Among various highlights, one can sit in a recreation of an indigenous hut and listen to a recording of the prayers and reflections of one of the elders; learn how to prepare local dishes at an interactive cooking table with the help, as throughout, of the local guides who speak with striking love and warmth of their culture and traditions; and watch recorded interviews with different members of each community. This section gives a sense of the fusion and harmony with which these different cultures have existed over the centuries.

The floor of the “Word” is devoted to the Colombian Caribbean’s love of all forms of the spoken word. Here one listens to recordings of poetry, and can read excerpts from many of the region’s distinguished authors, not least Gabriel García Márquez, to whom one room is explicitly dedicated in the Museum. Amusing recordings of the rhymes and verbal jousting sessions which form the basis of Vallenato are to be heard, in addition to love poetry and the Negro spiritual ballads of Caribbean housewives going about their daily lives.

Approaching the second floor, a glimpse from the staircase up and down reveals a dark, stylish museum with dozens of people enjoying the exhibits in every direction. On the day of my visit, visitors were mainly from the different towns of the Caribbean coast, and there was a striking atmosphere of wonder and enjoyment at the museum’s exhibits.

The second floor – “Action” – gives an insight into the life of the coast’s inhabitants, both historically and to the present day. Cabinets of tools and instruments show the different forms of agriculture and manual labor to which coastal communities have dedicated themselves: subsistence agriculture, small-scale fishing, the emergence of livestock in the nineteenth century as a key source of income, and the development of industries in the twentieth century associated primarily with the ports of Barranquilla and Santa Marta. Here, as before, recorded interviews with different workers from a cross-section of the population give a vivid and moving insight into the working lives of the inhabitants of the Caribbean coast. There is also a tender section of photographs and diaries revealing the openness with which Colombia’s coast has welcomed foreigners over the past centuries: with entire communities of Jews, Palestinians, Arabs, Turks and Europeans settling in Barranquilla at the turn of the twentieth century.

Fittingly, the first and final floor, devoted to “Expression” explodes into a rich and exuberant celebration of the identity and the cultural traditions of the coast: there is a central space on the floor where the Barranquilla Carnival is projected in all its spiralling glory, and in which visitors get swept up in dance; on the panels surrounding the same room, different dancers and singers emerge playing, singing, dancing and laughing – elegant Costeños dressed in spotless white, matched with glorious Costeñas in florid costumes. There is a further room dedicated to the music of the coast, with walls piled high with album covers from the famous vallenato recordings of Rafael Escalona and all.

Stepping into Barranquilla’s blazing sun, one feels a sense of marvel at this achievement, and a sense of the richness, variety and human warmth of this region of Colombia. It is one of the best museums of its kind, both in Colombia and elsewhere, and a ‘must-see’ for all visitors. 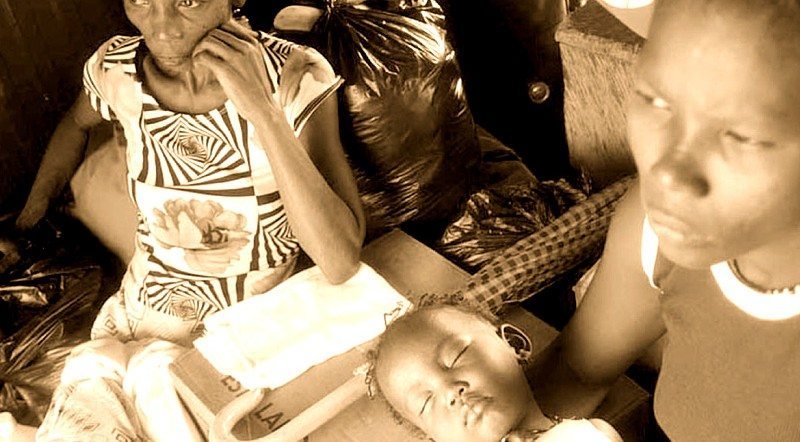 Voices of the displaced