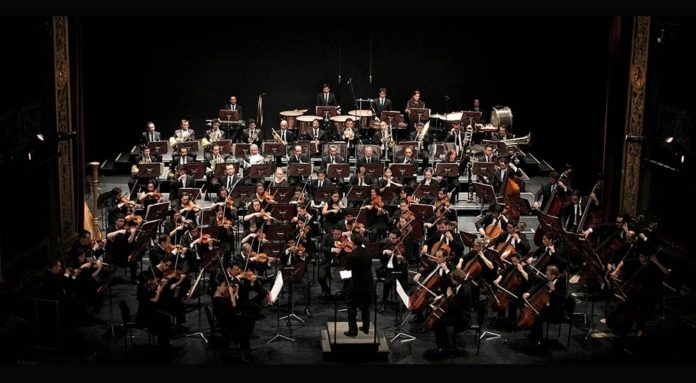 The National Symphony Orchestra of Colombia (OSNC) is launching the 2017 season with “El Beso Frances” (French Kiss) and that includes more than scheduled 70 concerts this year. The season will officially be inaugurated January 26 with their first concert at the Teatro Colón in Bogotá.

The guest soloist for the inaugural concert and one that forms part of the Colombia-France Year program is pianist François Dumont under the baton of the Symphony’s Musical Director, Olivier Grangean.

After the spectacular sound and light show from Lyon’s Festival of Lights in the Plaza de Bolivar in December and that launched this year as the year of the two tricolors, having these French masters on the same stage for a gala performance is a real treat for audiences.

The agreement to designate 2017 as Colombia-France Year was signed 2015 between President Juan Manuel Santos and his counterpart François Hollande. Hollande will make a state visit to Colombia next week to strengthen the already strong diplomatic, educational and cultural ties between the two nations.

The program for the January 26th concert includes one of the most outstanding works by the Russian composer Igor Stravinsky – The Rite of Spring – and which premiered 1913 for the Paris season of Sergei Diaghilev’s Ballets Russes in the Champs Elysées Theatre. But audiences back then were hardly amused with Stravinsky’s energetic orchestration and cacophony of sound, and a riot almost broke out, when angry theatregoers considered the composer’s dissonance an affront to their dignity, and ears.

But the performance this month at the Colón will be a more genteel affair with Stravinsky’s masterpiece now widely-considered a turning point in the history of 20th century classical music and an inspiration for future composers.

The Rite of Spring will be followed Maurice Ravel’s piano concerto in G major and a home-grown work by the Antioquian composer Luis Fernando Franco, called “Ramón el camaleón.”

The Sínfonica Nacional promises to deliver a year of magnificent music at the hands of its French-born director and talented musicians. The “French Kiss” series is anything but fleeting, and like that iconic Cartier-Bresson photograph of lovers captured by the Hotel du Ville, will stay with you long after the final curtain call.