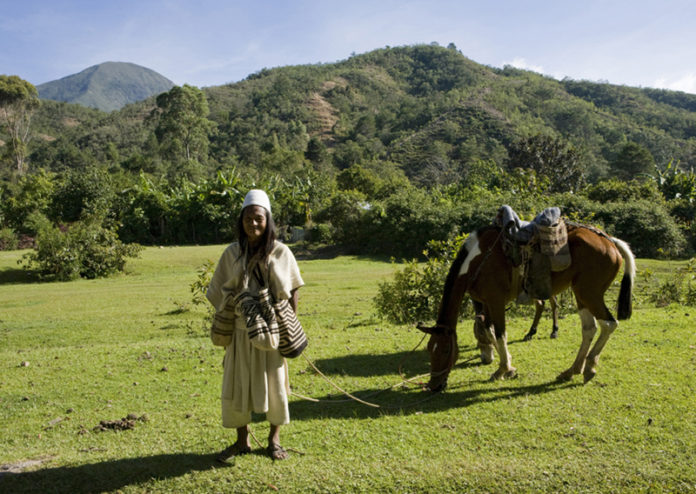 The National Council of Cultural Heritage (CNPC), presided over by the Minister of Culture Mariana Garcés, announced April 20 that the Ancestral knowledge of the Koguí, Wiwa, Arhuaco and Kankuamo peoples of the Sierra Nevada de Santa Marta will be included in the country’s official list of Intangible Cultural Patrimony.

“It was a work supported by the Ministry of Culture that now unites a large part of the community of four indigenous tribes that inhabit the Sierra Nevada de Santa Marta. Gathering these four indigenous communities […] reaffirms the importance of valuing and preserving the immaterial cultural diversity of the country,” said Garcés.

The elaboration of the plan for special safeguarding was organized by the village councillors of the Sierra Nevada, the Directorate of Heritage of the Ministry of Culture and received the support of the mountain’s spiritual leaders – mamos – as well as, the elected majors of four towns. Some 600 people participated in the project to protect the ancestral ways, knowledge of the natural world, and oral traditions of the peoples who inhabit the Sierra Nevada.

In a similar decision last year, the Ministry of Culture included 1,600 traditional midwives of the Chocó department on the heritage list, for safeguarding a profession handed-down through out generations that continues to contribute to the health and welfare of Afro-Colombian women and their children.

As a member state of the United Nations, Colombia, can present its unique cultural traditions to UNESCO to be considered for protection for future generations. As a difficult process to validate by experts, only as recently as 2010, was France recognized for its national cuisine and incorporated on the list of Intangible Cultural Heritage. Last year, yoga, was added to the list for its important contribution in influencing “how society in India functions” and currently, the ancient martial art of Tai chi, has been put forward by China for consideration.