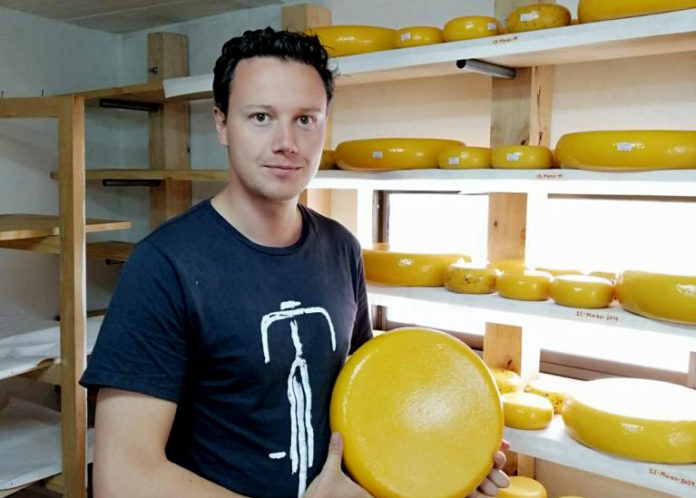 Tobias Rijnsdorp walks barefoot around the edge of the finca. With the sweeping landscape of the Andes behind him, he sits on the stump of a log, his eyes, unlike the tourist in mine, unaffected by the necessity to look over his shoulder and gawp at the scenery. Just four years ago, the thirty-year-old social entrepreneur had a steady job in the Netherlands. Today, he runs the artisanal cheese company HolaAndes in the heart of the savannah de Bogotá. As the Spanish rolls off his tongue, and his feet welcome the soft springy mountain earth, I wonder how did a Dutchman with no prior knowledge of cheese find himself so at home in the center of a project propelling rural development?

Returning to his hometown, Gouda, after studying tropical agriculture in Cali, a reencounter with the city’s famous traditions sparked ideas of one day opening a cheese business in Colombia. When news reached him that milk cooperative Colega, based in Monquentiva, a rural township near Guatavita, was looking for partnerships, Tobias struck up a long distance conversation. Securing funding from the Dutch government, his proposal was accepted by the cooperative, beginning his journey to bring authentic Gouda cheese production to the dairy farmers of Cundinamarca.

Standing in the production room amongst the tools and machinery, row upon row of waxy-yellow Goudas ripening on shelves lining ceiling to floor, almost four years later, business is booming. With his cheeses selling in restaurants and delis in Bogotá, Medellín and Cali, Tobias produces an average of 300 kilos of Gouda per month relying on an 1847 recipe learned from a family neighbor back in Holland. With five key steps, he describes a highly specific process where milk is churned down to curd and whey in a giant cylindrical machine, then pressed, immersed in a salt bath, before given its famous wax coating. The cheese is then left to ripen between four and six weeks.

Cutting a piece to try, the creamy-sweet nutty taste is irresistibly authentic. Despite Colombian milk having a high bacterial density (which means Tobias is unable to make raw milk Gouda here), he assures me that the high fat and protein content, combined with the fact that cows graze all year round here, produces a highly original taste as good as any to be found across the Atlantic.

Laying at the heart of the Gouda production technique, milk is also critical to the long-term development of the local community. As one of hundreds of farming villages that were affected by the internal conflict, until as recently as a decade ago, Monquentiva also survived without electricity and foods that were cultivated had to be consumed locally as overland trade was precarious given guerrilla activity.

The milk cooperative has helped the village by linking small-scale farmers with domestic markets through diary giant Colanta. With 50 farmers affiliated with Colega, their milk is brought each morning on horseback where it is pasteurized and made ready for market. Local children also are entrusted with the rearing of a calf as a means of teaching agricultural skills and responsibility.

This communal theme runs central to Tobias’s ethos and operations. Employing four local women, he has trained each of them in the highly specific Gouda production process, with one of them further mentored to oversee the entire cycle.

His future aim, which he hopes will include training exchanges for his staff in Holland and community building of guesthouses for local tourism, is to make the production team self-reliant, propelling his vision of cheese as not only the next step in the community’s rural advancement, but fundamentally as a way to attract its youth to reinvest and ultimately stay in the area.

A cause on which he needs no persuasion, although little touches at Colega serve to remind him of home (from the yellow clogs adorning the doorway and the hung photograph of former Queen Beatrix and Prince Consort, Claus of the Netherlands), or the clever wordplay of his brand – HolaAndes – Tobias Rijnsdorp started with a “Hello to the Andes” and in just three years, found a place to call home in them.

To know more about where the Gouda is distributed visit the company’s website: www.holaandes.com 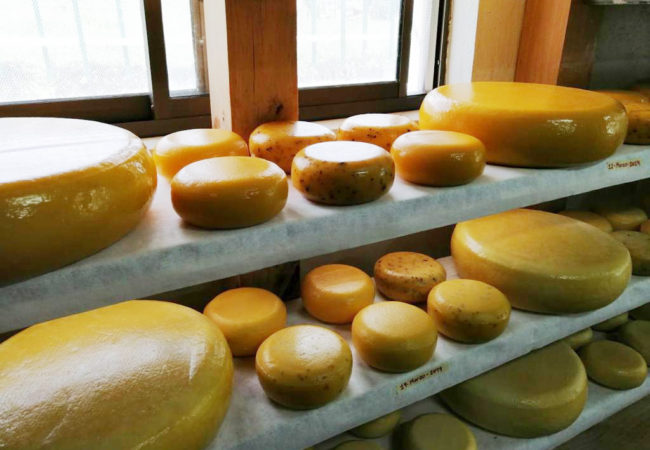