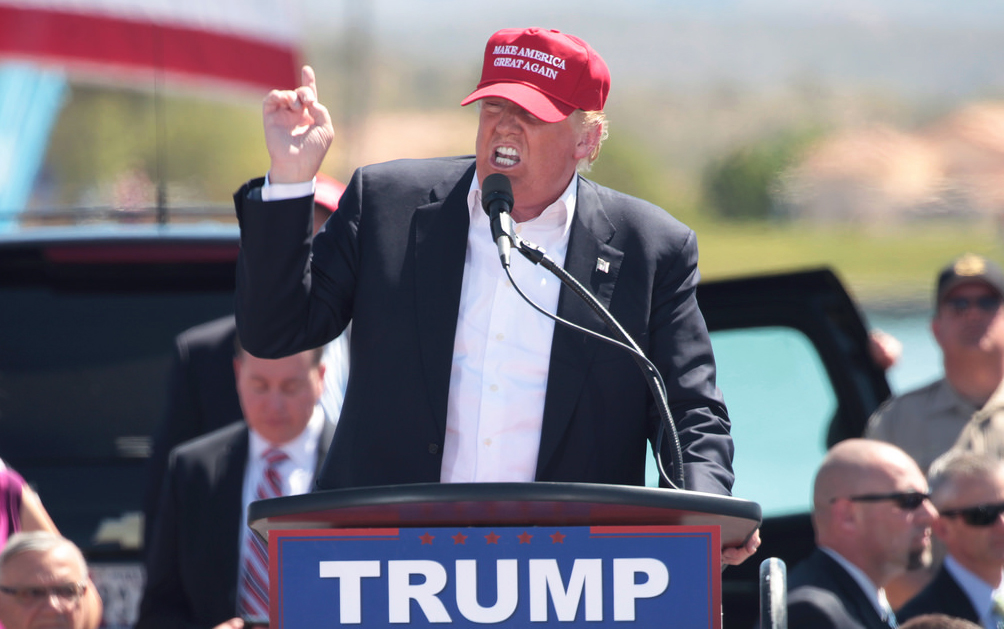 There hasn’t been an economic wild card like this in a long time. An outsider with no political experience and a preference for tweets over policy explanations is now in charge of the most powerful office on earth.

As President Donald Trump takes the oath Friday and moves into the White House, billions around the world will be watching and wondering –  what comes next?

Colombia is no different.

After a tumultuous 2016 – both economically and politically – Colombia could use a period of stability. But with its neighbor to the north now entering a strange new era, uncertainly will continue, with the most immediate worry surrounding the short-term fate of the peso.

The Colombian peso took a dive as soon as Trump was elected. While his bombastic rhetoric concerning Latinos has largely focused on his Mexico-centric plans, currencies throughout the emerging markets dropped in value in the aftermath of the shock voting result on November 8.

In the ensuing months, however, the peso has rebounded. The deal struck late last year by OPEC and other large oil-producing nations to curb crude output in 2017 was a boon. In the aftermath, the Colombian peso has jumped from its November weakness, of 3,181 pesos to the dollar, to a best showing of 2,912 to the dollar earlier this week.

This strengthening in the new year has been matched by most other exchange rates in the region, aside from the Mexican peso. Many are hoping the rally can continue. Colombia’s largest bank, however, believes that Trump’s unpredictability means that a series of ups and downs are still in store for the peso.

“For 2017,” said Bancolombia this week, “we expect volatility in the Latin American exchange markets to remain high, reflecting political uncertainty, the advances of the Donald Trump government, the price increases, and the uncertain trajectory of commodity prices.”

On the other hand, Trump has signaled that he wants the dollar to lose value. In one of his few significant economic policy revelations since the election, he recently told the Wall Street Journal that the greenback is “too strong.” This is in line with his oft-cited complaint that China has been artificially devaluing the yuan to better compete in trade.

Analysts are taking this as a sign that Trump could make efforts to reverse the so-called strong dollar policy maintained by Washington for more than two decades. Since his election, the dollar has actually gained value versus several other benchmark global currencies. If Trump desires, though, he has the means at his disposal to reverse that trend.

But while a weakened dollar, coupled with higher oil prices, could lead to a stronger Colombian peso in the long term, this won’t play out any time soon, according to Frank Holder, Berkeley Research Group’s Miami-based managing director and Latin American practice head.

“There is a possibility the Colombian peso could get stronger if Trump actively tries to push the dollar down,” said Holder. “However, the opposite is more likely in the immediate future. This is due to uncertainty in global markets — which hurts the emerging economies more — some degree of planned protectionism from the U.S. — which will draw capital out of emerging markets and into the U.S. — as well as his plan to push interest rates up, which will make emerging market finances delicate.”

While volatility has become the norm for a peso that has lost a third of its value since oil prices cratered in 2014, a less familiar fear for Colombians could be Trump changing the trends in global trade.

Throughout his campaign, Trump decried China as a currency manipulator and repeated his plan to renegotiate — or simply abandon — the North American Free Trade Agreement (NAFTA). Signed under former U.S. President Bill Clinton, NAFTA represented a monumental shift to open up borders in the Western Hemisphere, and Trump has called it one of the worst deals ever made by the United States.

His hawkish stance against NAFTA, as well as the Trans-Pacific Partnership that was signed by 12 countries including the United States last February but has yet to come into force, has many experts bracing for a new era of protectionism.

This would could trigger a worldwide reversal of the freer trade and increased globalization that has been the defining economic trend of the past several decades. “Trump has talked about imposing a 35% tariff on imports from Mexico and a 45% tariff on Chinese imports,” said London-based research firm Capital Economics in a note to investors yesterday.

“This would be a major provocation and could trigger a trade war, but the direct impact may be smaller than many fear,” the company continued. “Bilateral trade between the U.S. and China and Mexico combined accounts for only around 3% of global trade flows. Any escalation of the trade war between them would initially be contained to those three economies.”

Colombia wouldn’t be unscathed by a trade war that involves three of its major trading partners. But there has also been no indication that Trump would move to disrupt the bilateral free trade agreement between the United States and Colombia, which came into force in 2012.

Still, trade with the United States is vital to Colombia’s economy so even the specter of a threat is cause for at least some alarm. The US$10 billion it exported to the United States in 2015 was more than three times what it sent to Panama, its second most valuable trade partner. Colombia also imported nearly US$16 billion in U.S. goods in 2015, according to the World Bank, some US$5 billion more than second-place China.

But fortunately, there seems to be little political or economic value in altering an agreement with Colombia that, for the United States, is a small item in its overall trade portfolio.

“He hasn’t said a word about the Colombia free trade agreement,” said Holder. “Many of his advisors, including some cabinet picks, consider Colombia an ally in the drug war and want to keep the relationship strong. I don’t think he will renegotiate the deal.”

There are other reasons to think that Trump taking specific actions against Colombia is unlikely. The country didn’t come up in a meaningful way during any of the presidential debates leading up to the election. And it wasn’t mentioned in the one press conference Trump has given since winning the presidency.

Moreover, one future Trump official recently implied that little will change within Colombia/U.S. relations. In a confirmation hearing in Washington on January 10, General John Kelly, who Trump has nominated as the next secretary for the Department of Homeland Security, said that Colombia is “our closest ally in the region and a nation with whom we enjoy a mutually beneficial special relationship.”

The general expanded further, noting that the feelings were mutual, in a recent interview in the Washington-based defense industry publication PRISM. “They want to be our best partners in the region, they’re thinking beyond FARC now, and we’re working with them to envision what their military should look like after the FARC.”

Though Colombia may not face the ire of Trump directly, how the next four years will play out is anyone’s guess. And the country is linked closely enough to the United States that it will be affected greatly by the still-unknown policies that come out of the White House — as will the whole world economy.

The International Monetary Fund (IMF), in its January economic outlook update released this week, offered some upbeat news for global growth. But the body recognizes the major Trump-related risks that Colombia — and everyone else — will have to adjust to as the new normal.

“Uncertainty has risen,” said Maury Obstfeld, director of the IMF’s research department. He added that risks will rise “if bigger global imbalances and sharper movements in exchange rates lead to greater protectionist pressures and a trade-war scenario. During that scenario, all countries would lose out.” 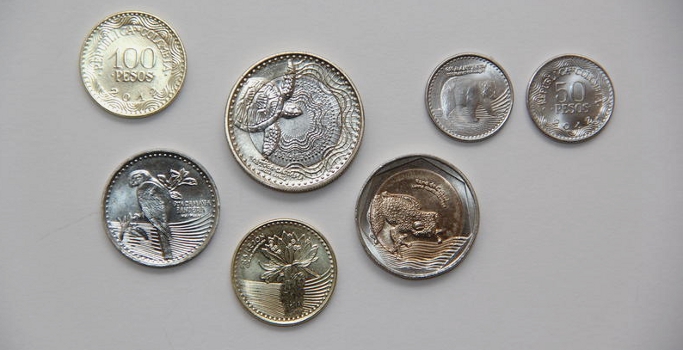 No bitcoin, but bio coins!