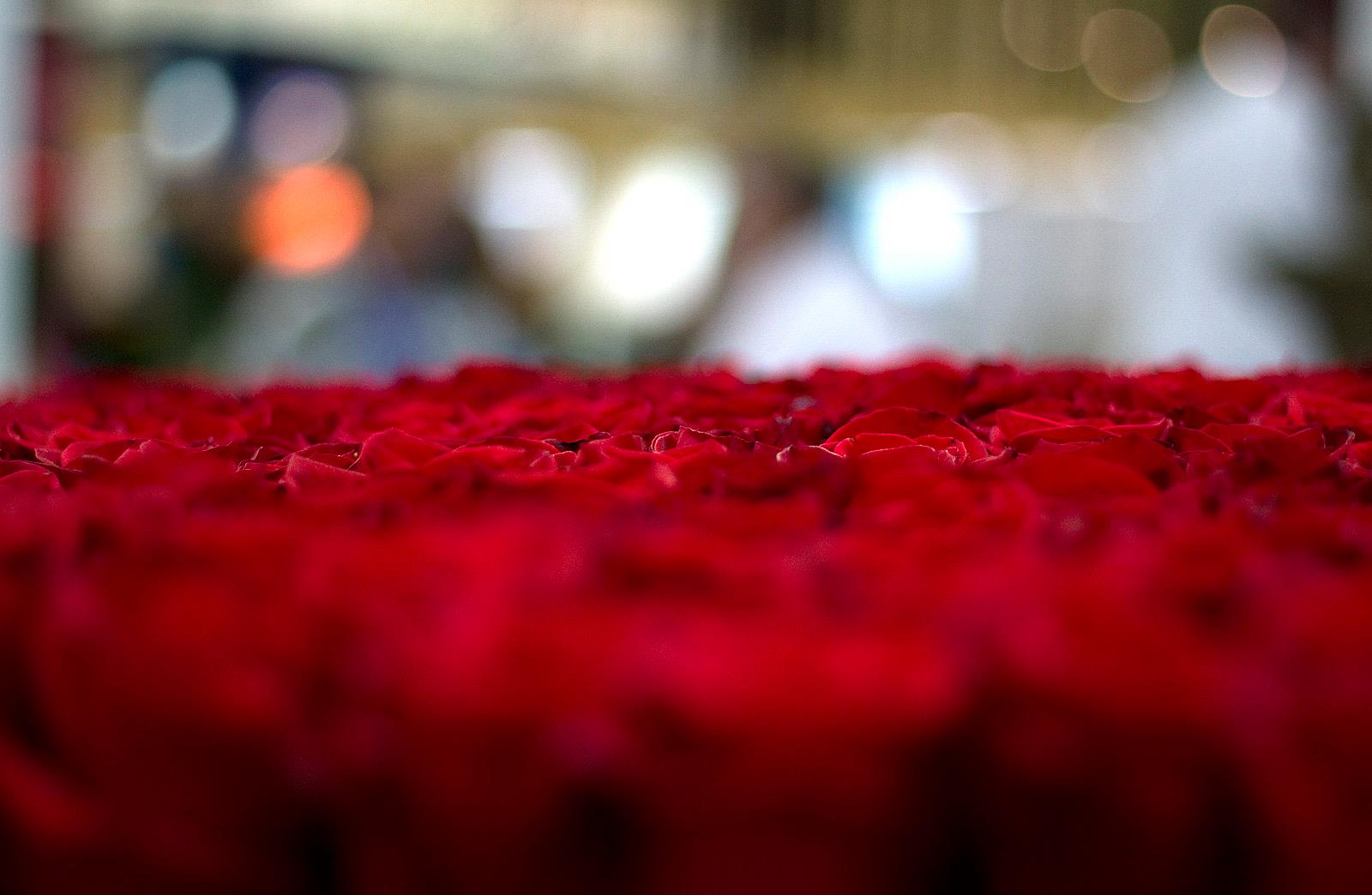 Colombia’s flower growers are not new to crisis management. During the last four decades since the industry began with a handful of family-run farms on the green fringes of the Bogotá, they have dealt with extreme weather, insecurity and the stigma that anything shipped from this country could potentially be used by traffickers to smuggle drugs.

Nonetheless, flowers have grown into one of the country’s most valuable industries.

North America alone bought almost $1 billion worth of cut flowers last year from Colombia, primarily red roses on Valentine’s Day. With more than 70% of all cut flowers sold in the United States originating in Colombia, the February holiday is easily the most important of the year for flower growers and exporters, and they begin preparing months in advance.

“More than a million Colombians depend on this industry, that in 40 years has become the second largest exporter in the world behind Holland, a country with centuries of experience cultivating flowers,” notes Augusto Solano, president of Asocolflores, the association overseeing most of Colombia’s flower production.

Getting freshly cut flowers overnight to wholesalers in Miami became the industry norm, and local farms invested in their work force and fast-growing reputation that Colombian roses were of the highest quality in the world.

For years, however, shipping flowers abroad was a complicated process. By the time flowers actually made it from the wholesaler to the corner store, they could hardly be considered “freshly-cut” after having endured up to 10 days of air and overland transportation.

“Too many quality roses were getting damaged at the end of the line,” claims Sergio Cadena, the founder and president of Spring in the Air, a company specializing in fast and efficient delivery of Colombian roses.

Cadena feels strongly that as Valentine’s Day approaches, the faster you get flowers from the farm to the client, the better it is for expressing that genuine emotion that comes with special days.

But speed isn’t the only issue.

Flowers are a perishable product often paid for in strong foreign currencies, and the revaluation of the Colombian peso means that local flower growers are receiving less revenue per rose than in the past. For years, Colombia’s central bank bought dollars to help exporters, but the large influx of direct foreign investment pumped into oil and other commodities has forced Colombia’s flower growers to be inventive.

Take for example Singha Farms, a medium-sized rose producer north of Bogotá that sells mainly to growing markets in eastern European nations. “For small to medium farms, we’re more concerned with niche markets,” explains Richard Vaughan, general manager of Singha Farms and a second-generation flower grower. “Russia and ex-soviet nations that weren’t previously explored due to barriers of entry are hugely important new markets for us.”

Cadena, however, was not so willing to let the North American market go. He decided to team up with his former employees and create his own business for promoting Colombia and its flowers to an exclusive market stateside. After tackling the top of the distribution chain, Cadena can now guarantee a safe and reliable overnight delivery of dozens of roses through FedEx.

“People thought I was crazy,” claims the businessman as he checks each and every email to make sure no rose was left behind. “Many of my consumers don’t even know their flowers came from Colombia,” says Cadena.

Of course, the flower industry contributes more than just economic impact. Asocolflores estimates that floriculture generates employment directly or indirectly for upwards of 300,000 people, the majority of them women.

“The biggest impact is social; it’s formal employment, while 80% of jobs in the countryside are informal,” says Solano. “Flowers bring economic independence to rural women who didn’t have many opportunities and were dependent on others.”

Unlike most agricultural work in the country, all of Asocolflores’s flower workers are formally employed with pensions, health insurance and monthly salaries above minimum wage. Thousands of families also benefit from the industry’s social programs in flower growing regions.

Florverde, a national program supporting sustainability and social responsibility, also ensures that certified growers meet the highest international environmental and safety standards. While pure organic farming is still uncommon due to enormous economic risks, many growers are cutting back on pesticides and fertilizers and turning to cheaper, greener alternatives.

Singha Farms, for example, uses UV lights to kill fungus and cultivates microbes in the soil as an alternative fertilizer. “Everything we do is geared towards using less chemicals. Initially it can be expensive, but eventually it’s a lot cheaper to use these methods,” said Vaughan.

That mentality of constant innovation, from Cadena’s shipping and supply chain improvements to Vaughan’s search for effective organic pesticides, has led the Colombian flower industry from underdog to global leader. So when this Valentine’s Day rolls around, Andean roses will be ready and waiting as a beautiful expression of “te quiero” for that special someone.