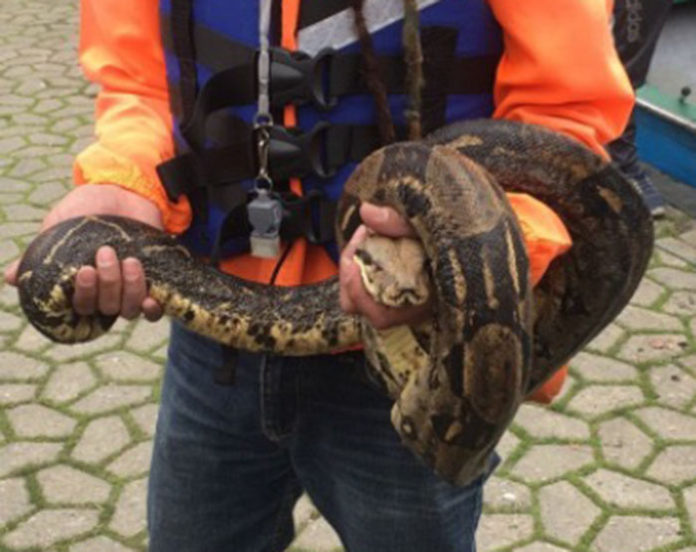 A two meter-long Boa Constrictor was removed Monday from Bogotá’s largest park, Parque Simón Bolívar, after recreationalists identified the tropical reptile in one of the local ponds. The Boa that was smuggled from its natural habitat in the Colombian Amazon appears to have been left in the park intentionally, believes Oscar López, Subsecretariat of the Bogotá’s environmental entity.

Zoologists took the snake to the district’s flora and fauna welcome center – Centro de Recepción Flora y Fauna – along with its recently born offspring. López said there could be more Boas in the park and that biologists will “comb” the much-visited park in order to guarantee the tranquility of the park’s many daily visitors.

Boas produce offspring only once a year and the average litter is about 16.

According to the official, the offspring is suffering from hypothermia, as these creatures are not accustomed to Bogotá’s cold temperatures. The Boa and its baby will be returned to its natural habitat confirmed López and police are investigating who may have placed this creature from the wild inside the park. The crime of animal trafficking and public endangerment with a wild reptile is punishable with nine years in prison.

Other large reptiles have been spotted recently in Bogotá’s ravines and wetlands.

Bogotá steps into the future with Walk21