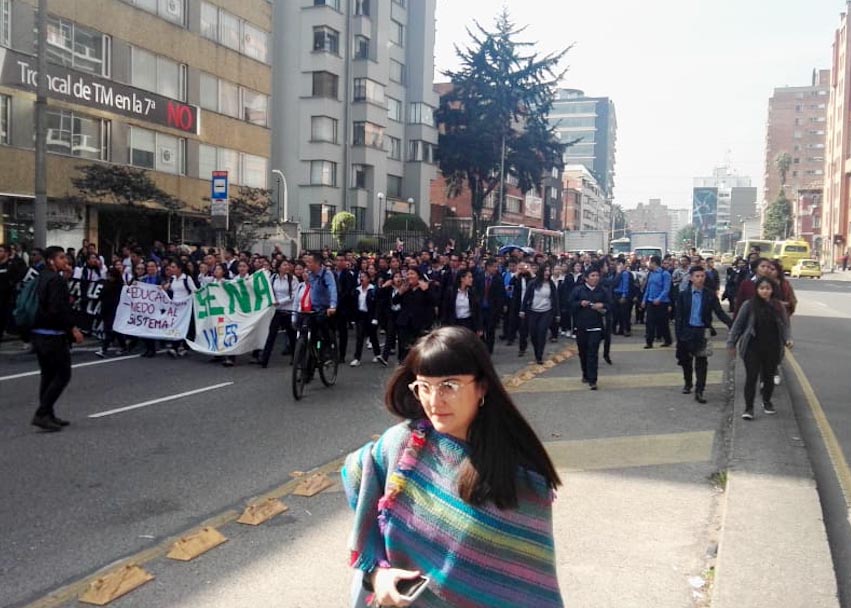 Tens of thousands of students enrolled in Colombia’s public universities are taking to the streets Thursday in a nation-wide protest that will cause mobility gridlock in the country’s largest cities, including the capital Bogotá. The marches began at 8 am in order to affect commuters during the morning rush hour.

As part of rotating demonstrations to pressure the government of Iván Duque for more state funding in public education, the latest protest comes a week after a similar march turned violent resulting in more than a dozen vehicles attacked by a mob as they vandalized the city’s articulated bus network TransMilenio. After the disturbances caused by previous demonstrations in which windows of TM bus stations were smashed and  intersections blocked, including the Carrera Séptima, Ave.El Dorado, NQS, Ave.Chile, Calle 100, Ave. Jiménez and AutoNorte, students and faculty members participating in Thursday’s protest received a stern warning from Mayor Peñalosa that “the District will not tolerate situations that affect public order or put at risk the integrity of individuals and state security forces.”

Joining the protests are trade unionists and members of the country’s indigenous associations. The workers affiliated with the Central Trade Union (CUT) will also hold a demonstration downtown in the Plazoleta de la Iglesia San Francisco (Cra 7 with Avenida Jiménez).

In order to enforce public safety, the Immediate Reaction Group (ESMAD) of the National Police will be present at TransMilenio stations and government buildings. The district’s Secretariat of Security has also assigned an additional 2,000 police to accompany and monitor the mass protests.

The latest march comes as President Iván Duque completes 100 days in office and pledged an additional $1 billion pesos to finance higher education in Colombia over the next two years, beside $40 billion already allocated in the budget for state education.

The additional investment was announced hours after the first student protest October 16 and welcomed by representatives of the country’s 32 public universities. But for the students the announcement was seen as not going far enough to ease the deficit of $4.5 billion.

During a recent visit to Leticia, capital of the Amazonas department, Duque stated that the “push-and-pull exercise” between students and the Ministry of Education would not result in more funds. “There is no more money, so how can we negotiate and promise more money that isn’t available?” remarked Duque. “The government isn’t the enemy of the students. I am not an enemy of the students. What I ask, is that with the effort we made with the rectors, we finished the semester well and did not sacrifice our public universities.”

Thursday’s student protest will be monitored by the city’s first responders at the COE Emergency Operations Center. At all meeting points, there will be a permanent presence of the city’s Ombudsman.

“Citizens have the rights and guarantees to carry out peaceful protests. However, these should not affect those who move around the city during a work day. We hope that Thursday will be peaceful and quiet,” remarked Mobility Secretary, Juan Pablo Bocarejo.

Mayor Peñalosa regretted that organizers of the student protests did not attend a meeting with the mayoralty to reach consensus on which streets will be occupied during the marches, stating that blocking TM “is a cowardly act and that affects low income earners the most, as they have no means to find alternative routes.”

Here, some of the streets affected by the protests:

From the National University, the protest heads up Calle 45, takes the NQS north to Calle 80 and joins other protesters on Calle 100.

From the Universidad Pedagógica, the march heads down Calle 72 to Ave. Caracas, up to Calle 80 and Calle 100.

From Universidad Distrital, the protest will cross the Ave. Circúnvalar to reach Calle 40, and then head up Carrera Séptima to Calle 100.

Recommendations: Avoid Calle 100 if possible from midday onwards, as well as Carrera Séptima from Calles 40 to Avenida Chile (Calle 72). 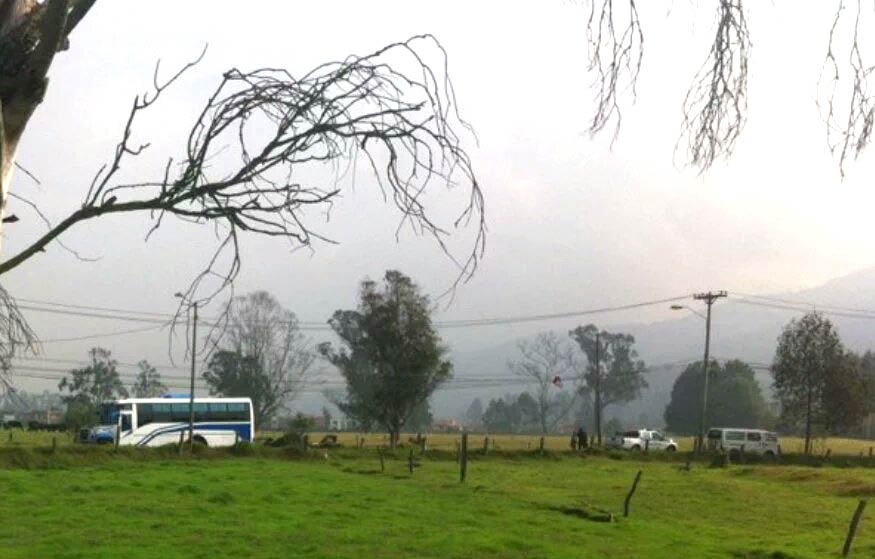