If you feel there’s a black cloud hanging over you, you’re not alone. During the last 48 hours, eight million in the Colombian capital have felt the wrath of heavy downpours, which mark the beginning of the end-of-year rainy season. According the country’s meteorological institute, Ideam, the intense winter storms could extend into mid December, culminating in severe flooding in low lying regions and causing rivers to overflow in the savannah of Bogotá.

The storms during the last couple of days have generated traffic chaos in the metropolis as underpasses at major intersections become flooded with rainwater and hail. On Tuesday, in Bogotá’s north, the fire department rescued drivers trapped in their cars, as water levels rose quickly.

The significant increase in atmospheric moisture is also affecting large parts of the country, including the archipelago of San Andrés in the western Caribbean. “The heavy storms are the result of a cold front along Colombia’s northern coast colliding with a warm, moist weather pattern in the Southern Hemisphere,” stated the Ideam.

“This situation has resulted in increased cloudiness and rainfall in the Caribbean, northern Pacific, Andean and Orinoco regions, in some cases with strong electrical activity and wind gusts.” The agency has warned of dangerous mudslides in the department of Nariño.

Adding to the darkness generated by these electrical storms, on Tuesday a fire broke at a tire factory in the industrial zone of Fontibon, and which blazed for 48 hours. The dense plume of burnt rubber could be seen throughout the savannah, and residents in the north of the capital (in the neighborhoods of Chapinero, Chicó and Usaquén) have been affected by the smell of industrial chemicals in the air. According to Susana Muhamad, Bogotá’s Environment Secretary, the current weather change is shifting the spread of smoke to many parts of city, such as the districts of Teusaquillo, Barrios Unidos and Puente Aranda.

“We have imposed an orange alert for Kennedy and Chapinero,” stated Muhamad to the press. “We’ve had winds from West to East and as a result, the smoke is reaching these areas.”

The Fontibon fire broke out unexpectedly in the basement of the Grenner Group, which housed 600,000 tires, and according to official reports, first responders and the fire department evacuated three wineries nearby the depot where fuel was being stored.

According to the Director of the Bogotá Fire Department, Luis Fontalvo, 24 fire stations responded to the emergency, with five tankers and three special fire-extinguishing machines. By Thursday morning the raging fire had been extinguished. Bogota’s Environment Secretary has recommended that those who live in the affected zones not leave windows open, and that children, the elderly and those with respiratory problems should wear masks until the smoke blows over. But the storms don’t seem to be leaving us anytime soon. So be prepared, and give yourself plenty of time to get to your next appointment and the airport. 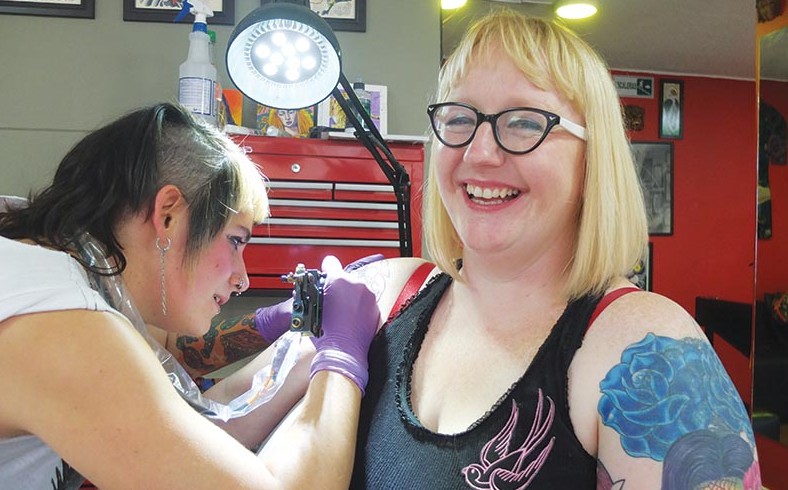 Needles and ink: Women and tattoos in Bogotá