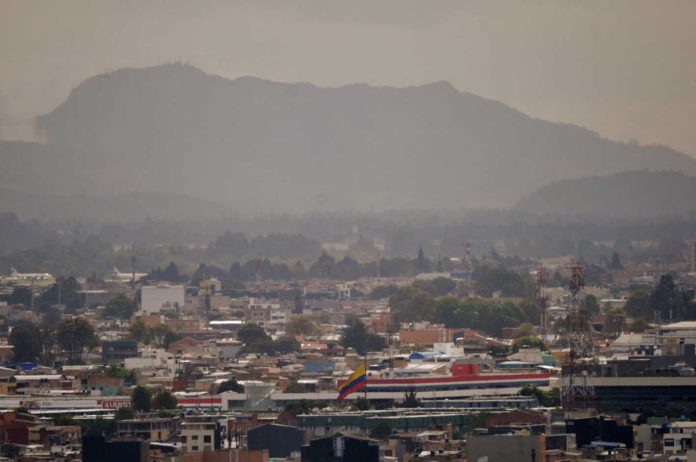 An annual wind current that sweeps across Africa into the Atlantic Ocean has intensified this week to the extent that Saharan sand is reaching Colombia, including Bogotá. The weather pattern cloaking the capital in fine dust will last most of the week, and while strong winds heading across the Atlantic are common during June and July, this year, satellite monitoring has confirmed that sand could even reach Cali, in the southwestern department of Valle del Cauca. The Colombian region most affected by the Aleutian current is the coast.

With winds covering a territory that extends from the Yucatán Peninsula to the Eastern-most point of Brazil, the yearly Saharan dusting fertilizes the upper Amazon, and fundamental weather system that helps preserve this endangered ecosystems from erosion and deforestation.

For large metropolitan cities, the arrival of 8,000-kilometer traveling sand can aggravate already high pollution levels, yet this year, Bogotá has been spared a high air quality index given that the city has witnessed a substantial reduction in particle matter over the course of the three-month quarantine. During that period, Bogotá registered low particle density in the range of 15 – 35. As of Wednesday, the city was moderate, with the index at 50.

So, while you won’t have to sweep layers of orange sand from your terrace as many residents across the Mediterranean do as routine, according to IDEAM, Colombia’s Institute of Meteorology, strong winds across the Central Andes mitigate the risk to public health.

The human “Cones” of Bogotá and a “Yellow Revolution”